Duke travels to Blacksburg to take on Virginia Tech. 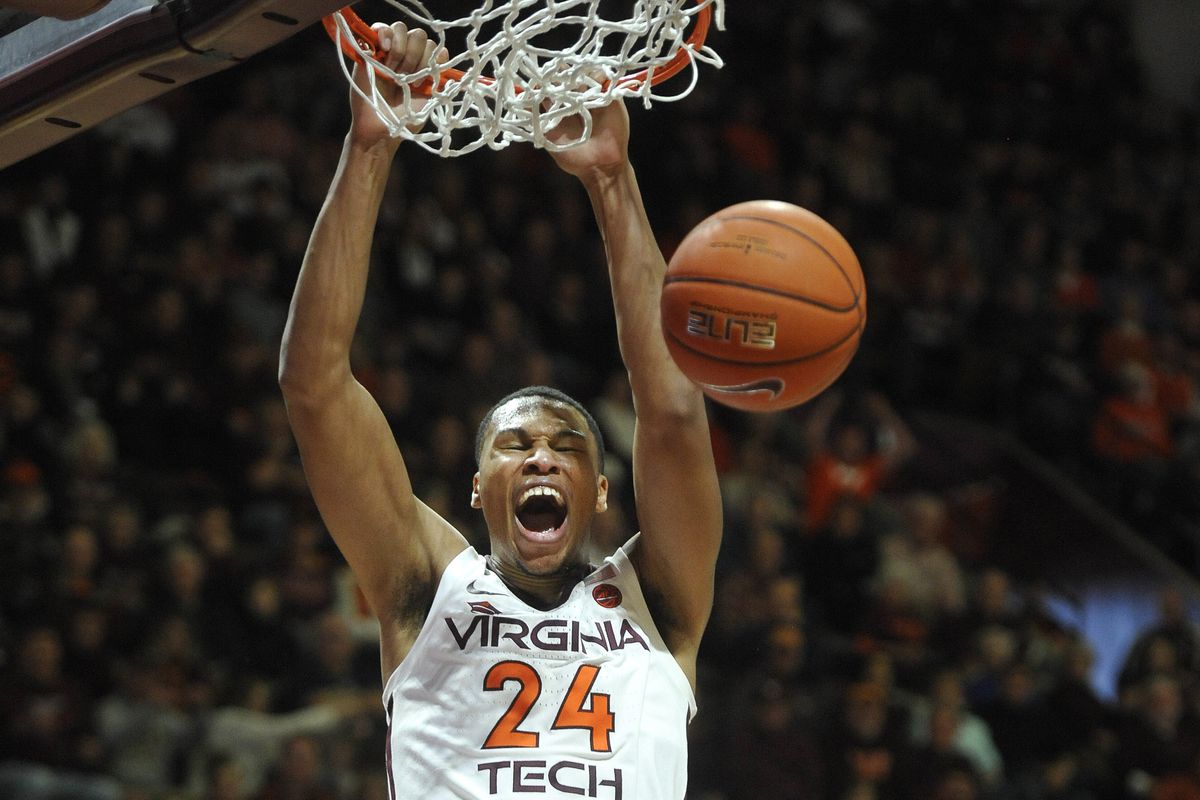 Duke is looking to keep pace with UNC and UVA for the top seed in the ACC. Currently there is a 3 way tie. The Hokies enter Tuesday 4th in the ACC and have beaten a couple of strong teams in the non-conference including a ranked Purdue team and Washington, who looks to be the class of the West Coast teams. They are fresh off of a win at Notre Dame while Duke's last outing saw them beat a tough Syracuse team on the road. The Hokies are 10-5 in conference and the Blue Devils currently sit at 12-2 in the ACC. The Hokies are missing guard Justin Robinson, the lead guard for Buzz Williams team - Robinson, a senior, has been out since suffering a foot injury against Miami on Jan. 30. Guard Nickeil Alexander-Walker has taken over that spot and leads the team in scoring as a sophomore at 16.5 points per game, he also averages 3.7 assists. Junior forward Kerry Blackshear Jr. leads the team in rebounding at 7.2 per game and averages 14.6 points per contest. The Hokies are 3rd in the ACC in 3-point percentage, 2nd from the charity stripe and 4th in overall field goal percentage.

For Duke, they will play their second (really third) straight game without freshmen forward Zion Williamson who is averaging 21.6 points and 8.8 rebounds per game. R.J. Barrett leads the team in scoring with 23.3 points per game and also adds 7.5 rebounds and 4.1 assists per game. Tre Jones leads the Blue Devils in assists at 5.3 per game and Cam Reddish scores for the Blue Devils at a 14 point a game clip. Reddish also averages 2 steals a game. Duke is 4th in the nation in steals, 6th in offensive rebounding and first in blocked shots - they are 5th overall in points per game.

“He’s not going to play, but he’s getting better,” Krzyzewski said, noting that Williamson is in a four-part recovery process. “He’s going through that. When he gets through all of them, we’ll see where he’s at. There’s no timetable there. We don’t want to put the pressure of time on him. Let’s just take care of it.”

For Duke to contend with an athletic Virginia Tech Team they will need to change the Hokies off of the 3 point line, Tech is an excellent shooting team from beyond the arc but they have the ability to blow by. If Duke doesn't close out under control then rim protection will be tested without freshman Zion Williams to help. With a shortened bench Duke cannot afford to get into foul trouble, rest assured Buzz Williams will try to get the Devils in the bonus both because of Duke's lack of depth and because the Hokies shoot the ball very well from the free throw line (2nd in the ACC). Offensively, obviously the Blue Devils will lean heavily on R.J. Barrett but the game becomes easier for all involved if Cam Reddish can get off early and often and help stretch and bend the defense of the Hokies. Bench scoring will also become huge for the Blue Devils in the absence of Williamson.

This article was originally published at http://www.DukeBlogger.com. If you are interested in sharing your website's content with SCACCHoops.com, Contact Us.
Categories: Basketball, Duke, Preview, Virginia Tech