The Cardinals will look to avoid their first four-game losing streak in 18 years. 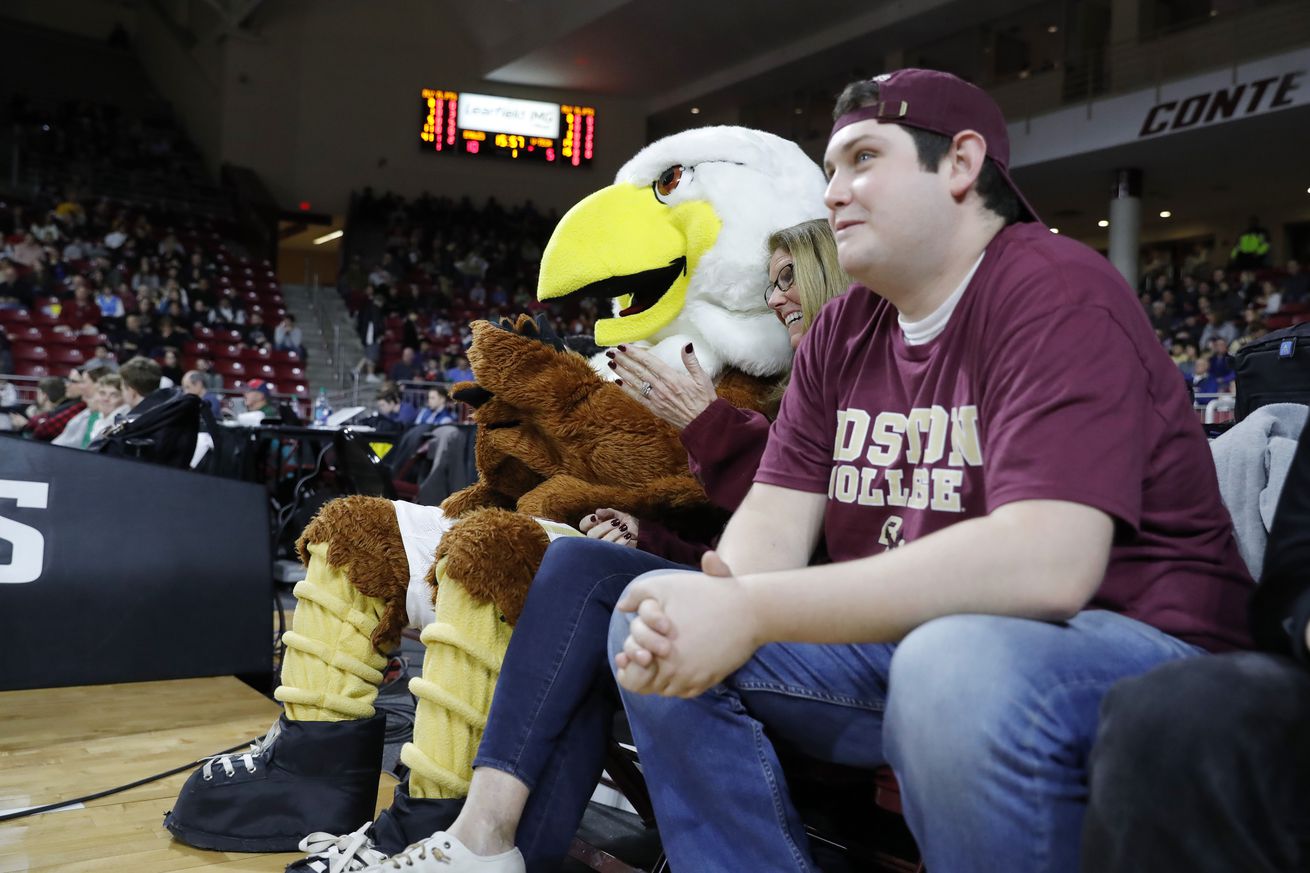 Though rated as the second worst team in the ACC by both Ken Pomeroy and the NET, Boston College enters Wednesday night’s game at Louisville playing its best basketball of the season. In the last two weeks, the Eagles were handed narrow losses by Pitt and Georgia Tech before storming back from 23 points down to stun Clemson on their home floor, 70-68, on Saturday. The win was the second in conference play for BC, which thumped Notre Dame by 16 back in December. The 23-point comeback against Clemson also marked the largest come-from-behind triumph in program history.

While the results so far look similar to what we’ve seen from Boston College in recent years, first-year head coach Earl Grant has totally revamped the Eagles’ style. While Jim Christian’s guard-heavy system played at a breakneck speed, Grant’s team enters Wednesday ranked 295th in the country in tempo. They’ve picked up the pace a bit since turning the page to conference play, but under the more defensive-minded Grant, they’re still not going to look to score off the break nearly as much as they have the past few seasons.

While standouts Wynston Tabbs, Jay Heath and CJ Felder are all gone from last year’s team, familiar faces are still carrying most of the load for Boston College this season.

Senior guard Makai Ashton-Langford, who transferred in from Providence before last season, leads the team in scoring at 12.3 ppg, the highest total of his college career. Ashton-Langford also ranks 11th in the ACC in assists (3.5 apg), eighth in free-throw percentage (.792), and eighth in assist/turnover (1.88:1). The 6’3 Ashton-Langford does the vast majority of his damage off the bounce, but despite being a below 30 percent career three-point shooter, he will let it fly from deep if he’s given enough time and space. He’s shooting 29.4 percent from three so far this season, but was 4-of-6 from three in a terrific performance against Pitt last week.

Since 1996, Kai is one of two Eagles (Troy Bell) - and one of only eight ACC players - to post such a stat line in a single game.#ForBoston pic.twitter.com/viJzok86Hq

Ashton-Langford’s younger brother, sophomore DeMarr Langford Jr., is the team’s second-leading scorer at 11.0 ppg. He isn’t quite the dynamic playmaker his older brother is, but DeMarr is two inches taller and is a terrific rebounder for his size. He isn’t a threat from the outside, but he’s very good in the midrange and fantastic at finishing around the rim through traffic.

Freshman guard Jaeden Zackary (10.4 ppg) and graduate transfer guard Brevin Galloway (10.0 ppg), who followed Grant from College of Charleston, are the team’s other primary scoring threats. While Grant doesn’t have the frontcourt he needs to effectively play the style he wants right now, 7-footer Quinten Post — a Mississippi State transfer averaging 8.7 points and 4.9 rebounds — and 6’9 junior T.J. Bickerstaff — a Drexel transfer averaging 8.1 points and 7.0 rebounds — are doing an adequate job at holding down the fort in the paint for the time being.

Boston College doesn’t shoot the ball particularly well from anywhere, but they do a good job at taking care of the ball, getting to the free-throw line, and creating second chance opportunities off of offensive rebounds. Galloway is the team’s only consistent outside threat, and they attempt fewer three-pointers than any team in the ACC. Defensively, the Eagles are good at limiting second chance opportunities, but they’re allowing opponents to shoot a scorching 36.5 percent from three (312th in D-I) and 50.3 percent from inside the arc (205th).

—This will be the first time Louisville has hosted Boston College since Jan. 16, 2019. It’s also the only meeting between these two teams this season.

—The win over Clemson also snapped Boston College’s 13-game road losing streak, which had dated back to Feb. 12, 2020.

—According to DraftKings Sportsbook, Louisville is a 7.5-point favorite in this game. The Cardinals are 8-5 straight up as a favorite so far this season, but have lost two in a row.

—Louisville has a 47-19 record during the month of January over the last six years.

—Louisville is 9-1 this season when shooting a better field goal percentage than their opponents.

—Louisville is 8-1 this season when outrebounding its opponents and also 8-1 when shooting more free-throws than their foes. Its only loss in both instances came last week against NC State.

—Louisville is 34-3 over the last three seasons when scoring at least 71 points.

—Louisville is 14-0 over the past 10 seasons when limiting opponents to no more than one three-point field goal.

—Louisville has won 156 consecutive games when scoring at least 85 points in regulation.

—Louisville is one of only five schools to be ranked in the AP Top 25 poll at least once during each of the last 18 seasons (others: Duke, Gonzaga, Kansas, & North Carolina).

This article was originally published at http://www.CardChronicle.com (an SB Nation blog). If you are interested in sharing your website's content with SCACCHoops.com, Contact Us.
Categories: Basketball, Boston College, Louisville, Preview