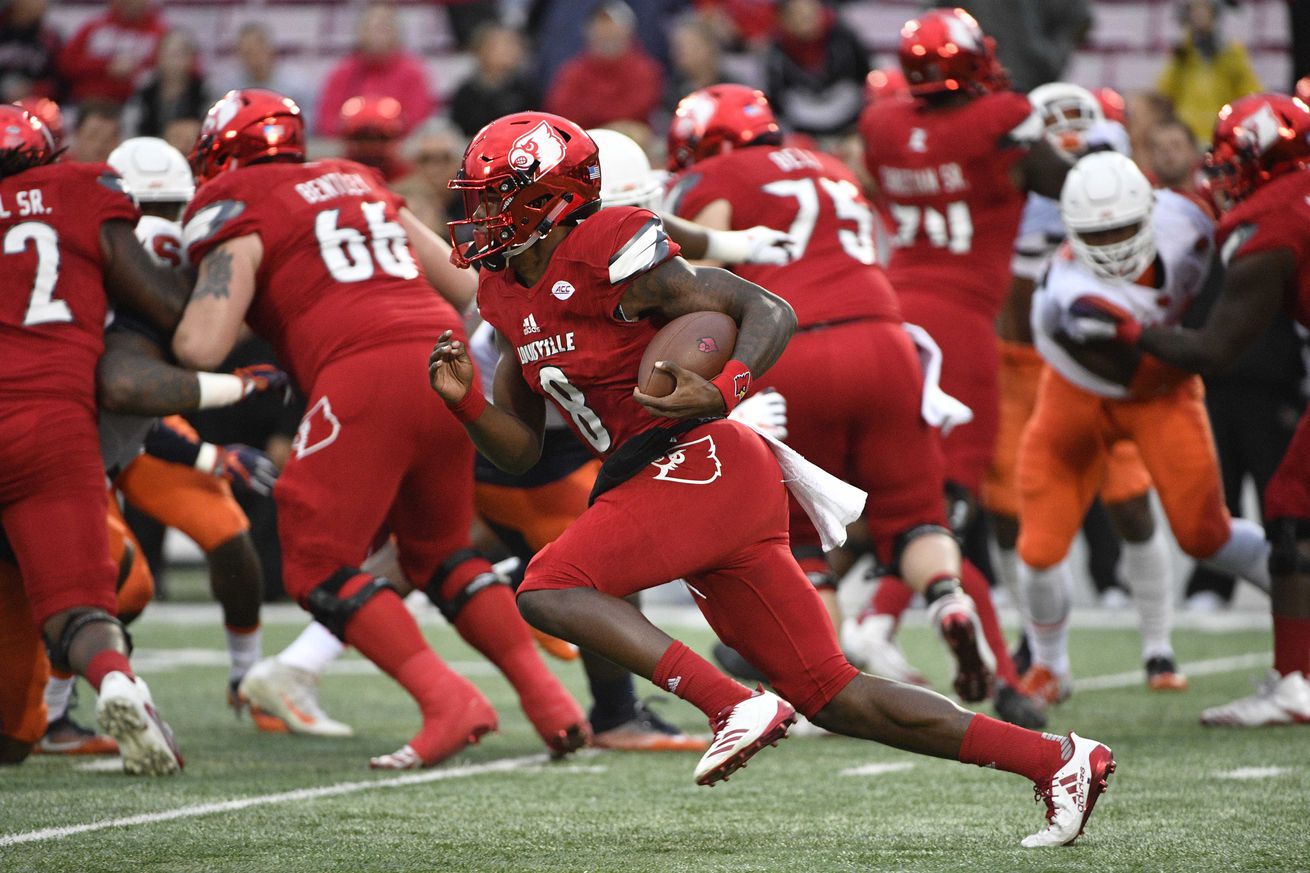 This game was pointless.

In every single way, it was an absolute waste of time and energy by everyone involved — made worse by an extended weather delay that forced you and me to probably watch longer and the players to be out there longer.

You knew they were over in the early moments, as Malik Williams ran for a long touchdown on the opening drive’s second play. Despite a reasonable push over the next two drives by Syracuse, the offense couldn’t do anything as it reverted to a much worse version of the second half unit from last week.

Syracuse’s offense has scored 13 points in the last six quarters of football (with seven in garbage time).

I don’t care who’s under center or who got the reps during the week. That shouldn’t happen against any team -- especially a poor defense (going in) like Louisville’s. And yet, here we are. At 4-7, we’ll miss a bowl game for the fourth straight year. That awesome Clemson win? A fun sidenote that will mimic the random upset of a ranked Louisville team a decade ago.

This isn’t to knock Dino Babers or create doubts about his viability. I’m still buying in. But injuries have completely derailed this team on both sides, and there’s no legitimate depth to deal with losing a quarterback, two safeties and more.

Still, like you, I’m irate about how completely this group’s come apart from the strong team we saw on both sides of the ball through the season’s first eight games.

Lamar Jackson finished with 381 total yards and four touchdowns. Williams had 180 yards and two scores on NINE carries. There was no answer for anything the Cards did on offense.

For Syracuse’s offense, things were not as pleasant. Zack Mahoney had a rough start, going 5-for-15 for 49 yards and two interceptions while throwing inexplicable deep balls while the game was still in the balance. Rex Culpepper came in shortly after the lightning delay and wasn’t much better, going 8-of-18 for 82 yards with two picks of his own.

SU’s run game got a reasonable amount of burn as Babers tossed in many of the players set to play significant numbers of snaps next year. Moe Neal had 19 carries for 98 yards and actually looked pretty good all day (before SU abandoned the run). Culpepper ran (why??) 10 times for 47 yards. Markenzy Pierre was the team’s primary running back late, though he was hot and cold, earning around three yards per carry.

Devin C. Butler was the team’s leading receiver, with just five catches for 63 yards. Steve Ishmael and Ervin Philips combined for just four catches and 42 yards -- though Philips did have an eight-yard touchdown run late.

Nykeim Johnson also got extended burn on offense and special teams, and I’m still pretty excited for what he’ll bring to the table going forward.

I know this seems negative, but I’m pretty bummed, and you probably are too. After the Clemson game, we may have gotten ahead of ourselves. But we’d been competitive in every contest until last week. This defensive coaching staff has questions to answer this offseason given the complete collapse.

This article was originally published at http://nunesmagician.com (an SB Nation blog). If you are interested in sharing your website's content with SCACCHoops.com, Contact Us.
Categories: Clemson, Football, Louisville, Pittsburgh, Syracuse