Gunter Brewer beats out Penn State for a big target both figuratively and literally. 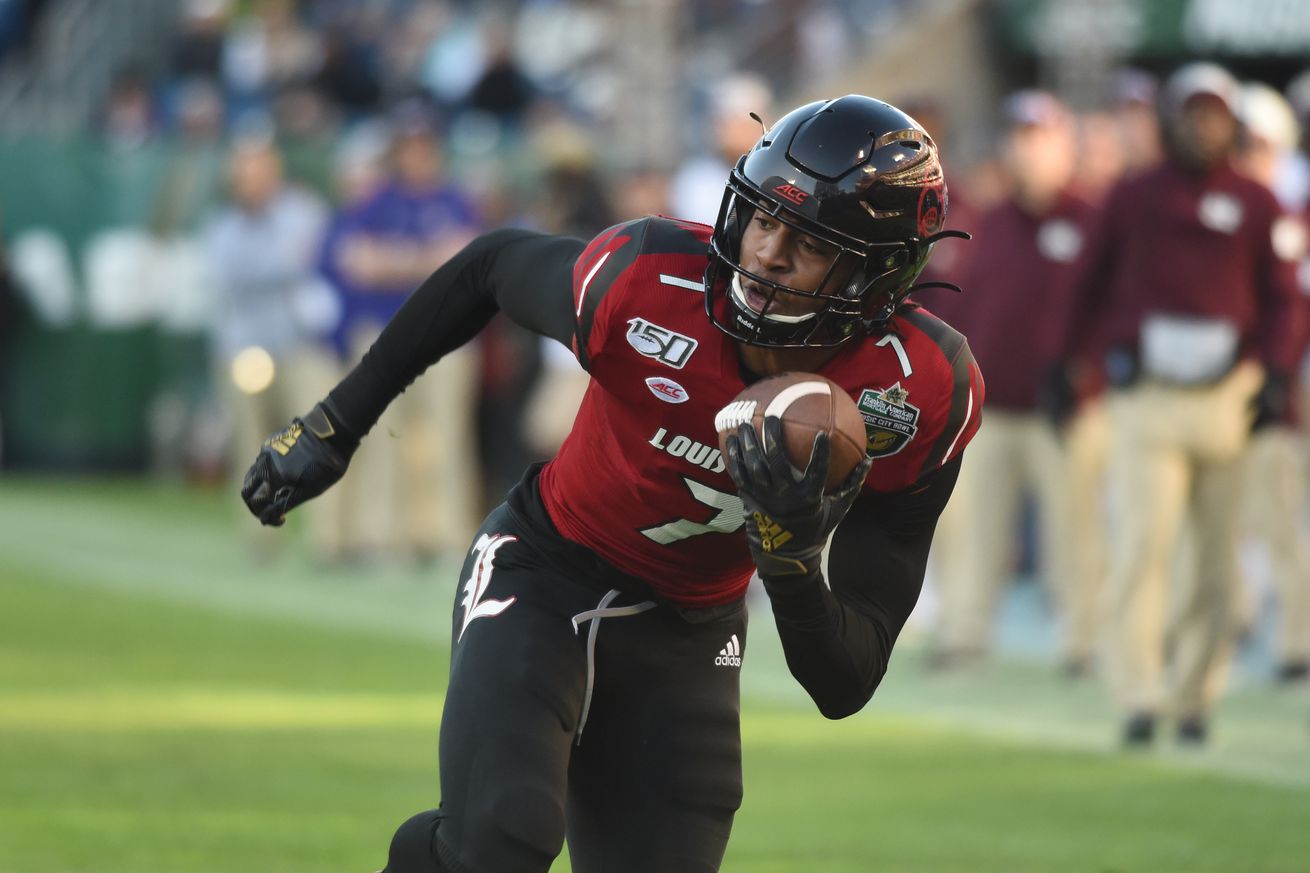 Demetrius Cannon continued the hot streak for the Louisville 2021 recruiting class when he committed this afternoon. The 3-star Wide Receiver picked Louisville over Penn State, Arkansas, Illinois, Kentucky, IU, Minnesota, and Tennessee. Gunter Brewer led his recruitment and it was pretty quick work as Cannon received his offer in May.

Louisville is getting a big receiver in Cannon. He is 6-3/205 and he has the type of body style that should allow him to put on more weight. While he has some rawness to his game, he is a fluid athlete that doesn’t show the awkwardness that some bigger high school receivers show. I think that he has a great chance to develop after some time with Brewer and I don’t know that his high school tape shows a guy that will step on the field and take over early.

Louisville needed at least one outside receiver in this class and the could have done much worse than a guy who was down to them and Penn State. Brewer and the staff have sold the immediate success of the receivers well and they’ve been able to replenish a room that was hit hard by transfers. The staff has also landed guys that fit the culture of the group. We all saw how important blocking was from the receivers last year and Cannon might be the only guy whose highlights feature a lot of blocking.

This article was originally published at http://www.CardChronicle.com (an SB Nation blog). If you are interested in sharing your website's content with SCACCHoops.com, Contact Us.
Categories: Football, Louisville, Recruiting