Can Notre Dame still make the field of 68 for the NCAA Tournament? - SCACCHoops.com

Can Notre Dame still make the field of 68 for the NCAA Tournament? 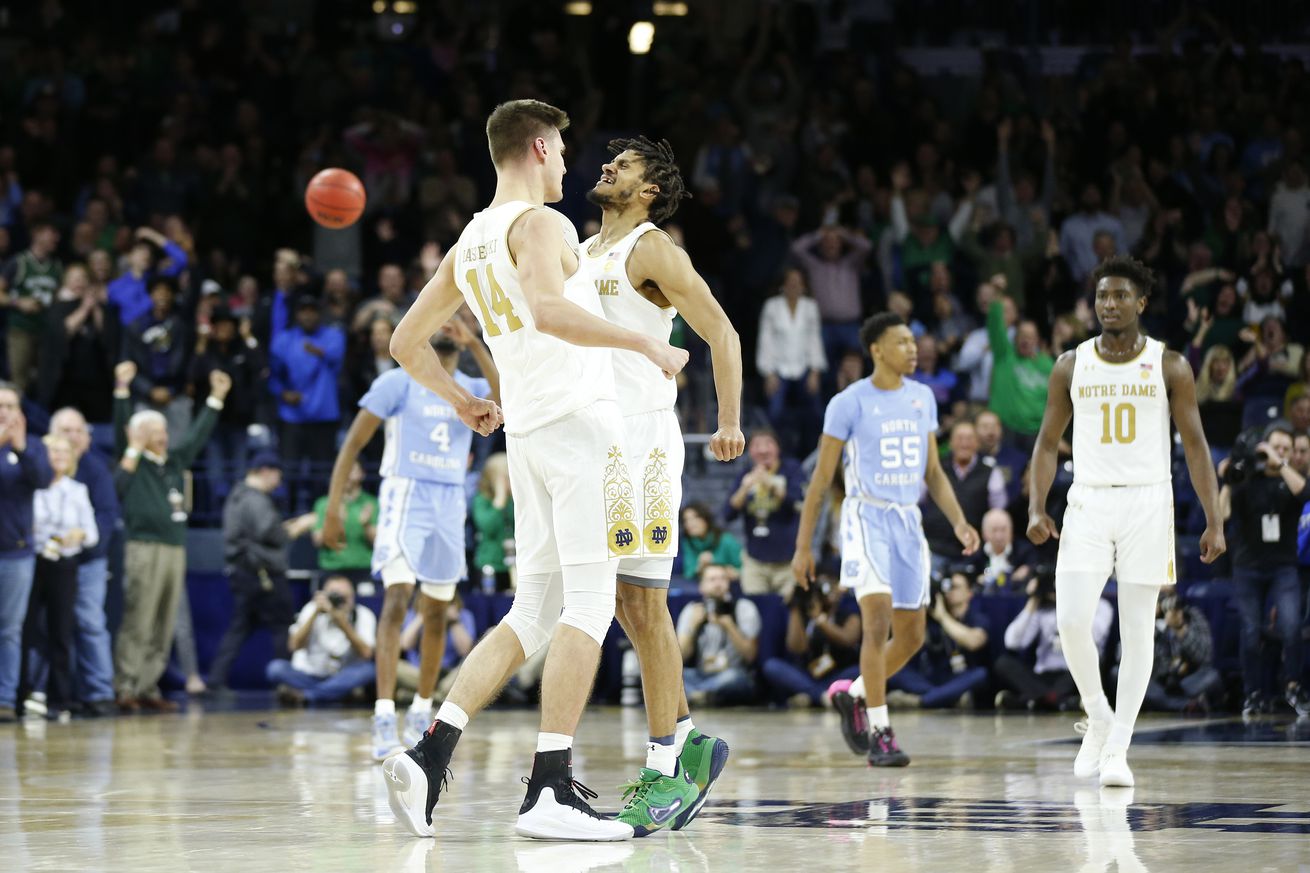 The recent down-to-the-wire win by the Notre Dame Fighting Irish over the North Carolina Tar Heels, was exhilarating and certainly quite a bit of fun — but it also highlighted the many missed opportunities from this season. Just a couple of different outcomes would make circumstances much different for the Irish.

That was brutal. If you need a moment, I completely understand. It makes the question almost torturous.

At 16-10 and tied for 6th in the ACC, the Irish would have a really nice chance in just about any other year but this one. The ACC is extremely down, and may only put four teams into the field of 68 — maybe five. That doesn’t bode well for the Irish

Even if the Irish win out in their last five games of the regular season and improve to 21-10, it still looks bleak. On the OFD Podcast I suggested that if the Irish won out and went on to win two games in the ACC Tournament, they would have a chance to make the NCAA tourney. That means that Notre Dame’s next loss would be in the semifinals of the conference tournament — just to make the NCAA’s as an 11 or 12 seed (which would be great — I’m not complaining).

But does that seem likely?

I think it’s something that is doable for the Irish, but WOW is that a lot to expect from a season that hasn’t come close to reasonable expectations.

Maybe I’m completely wrong here on multiple fronts, and that’s on me for not being a bracketologist. Notre Dame’s case is limited, but the way in which they have played the best on their schedule (with two glaring exceptions in the Maryland Terrapins and Duke Blue Devils) says that they should deserve a shot.

Can they make the tournament? Probably not — but there is still a chance (cue math nerds with small numbers). The quest continues this Sunday when the Irish take on the Miami-Florida Hurricanes inside Purcell Pavilion at 6:00 PM.

This article was originally published at http://OneFootDown.com (an SB Nation blog). If you are interested in sharing your website's content with SCACCHoops.com, Contact Us.
Categories: ACC Tournament, Basketball, Boston College, NCAA Tournament, Notre Dame