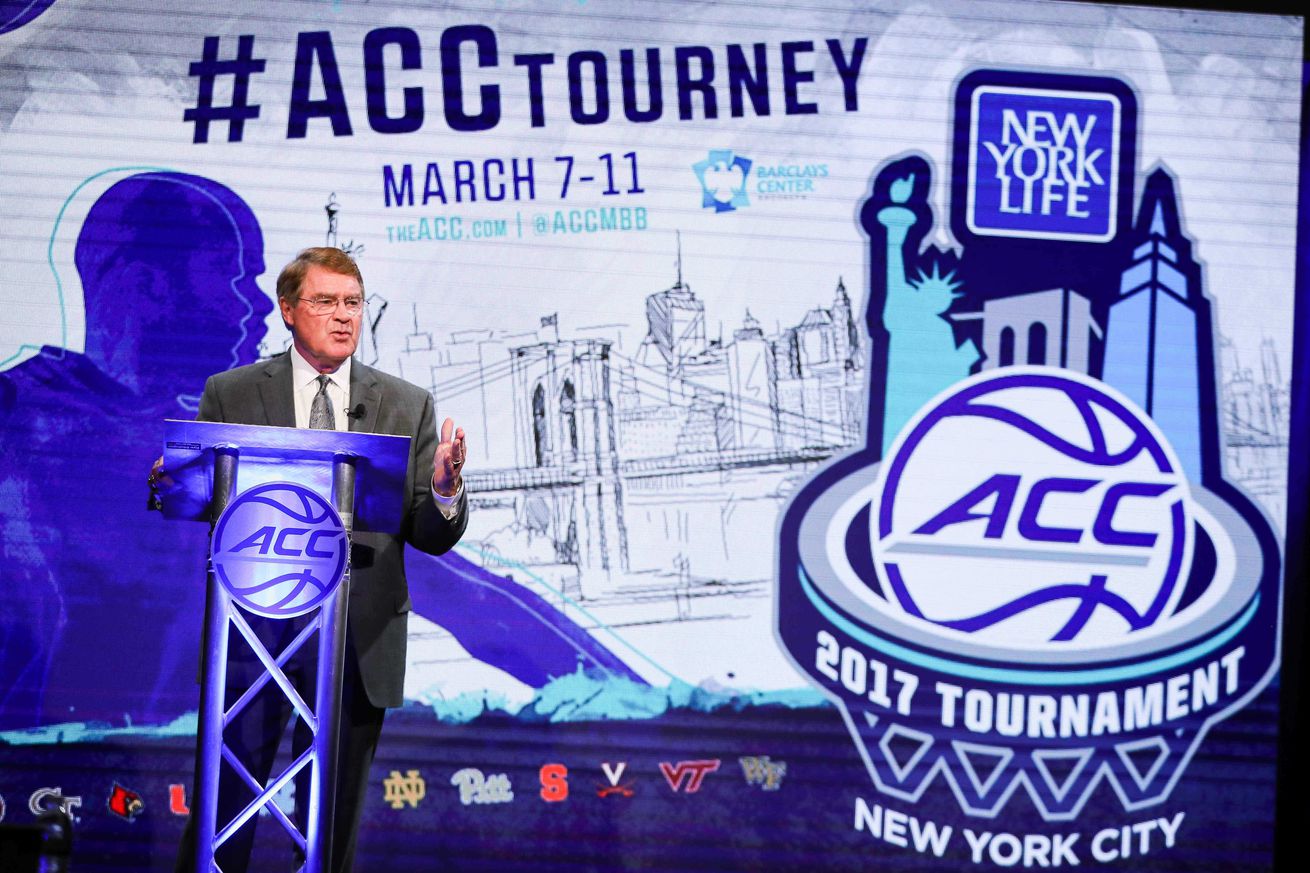 Earlier in the week, the Daily Press’s David Teel spent some time with ACC Commissioner John Swofford in Brooklyn, and they inevitably got to speaking about the forthcoming conference network.

Current short-term hopes are an additional $8-10 million revenue for each conference team, and an ambitious $15-20 million later, which would potentially put the ACC in the stratosphere of what the Big Ten and SEC are currently taking in (or are projected to soon).

But that’s all dependent on a successful launch, which Swofford thinks should include a lot more compelling football games when the 2019 season starts. The SEC Network seemed to pursue this model when it launched as well.

“There are some concerns about those (FCS) games being frontloaded on everybody’s schedule. That’s probably not good going forward with our business decisions and scheduling decisions related to the channel.”

He also mentioned scheduling being a top concern for the league right now — despite the league deciding that a change to the current status quo was not in the cards (fine with us).

While it’s a noble idea for Swofford (and maybe an essential one), putting the FCS genie back in the bottle is no easy task. For schools like Clemson, they’re obligated by to schedule these FCS opponents, and doing so helps keep those programs afloat. There’s also the concern of when to play them if not week one. Typically, those types of opponents appear in the first couple weeks, and every so often, in the second-to-last week (the SEC model).

Teel talks about Clemson-Virginia Tech as a potential kickoff game for the network, but both teams are booked. Could those two just push their schedules a week, and let everyone else continue as-is... for 2019, at least?

Syracuse already has Holy Cross for 2019. Given the current state of the program (and until further notice), it seems pointless to leave FCS teams out of the equation when we’re in search of six wins.

Plenty more conversation coming around the 2019 network launch, we’re sure. Hopefully it avoids putting Syracuse in a difficult spot to start the year.

This article was originally published at http://nunesmagician.com (an SB Nation blog). If you are interested in sharing your website's content with SCACCHoops.com, Contact Us.
Categories: Clemson, Duke, Florida State, Football, Louisville, Miami, Syracuse