Will we get what we want on Saturday? 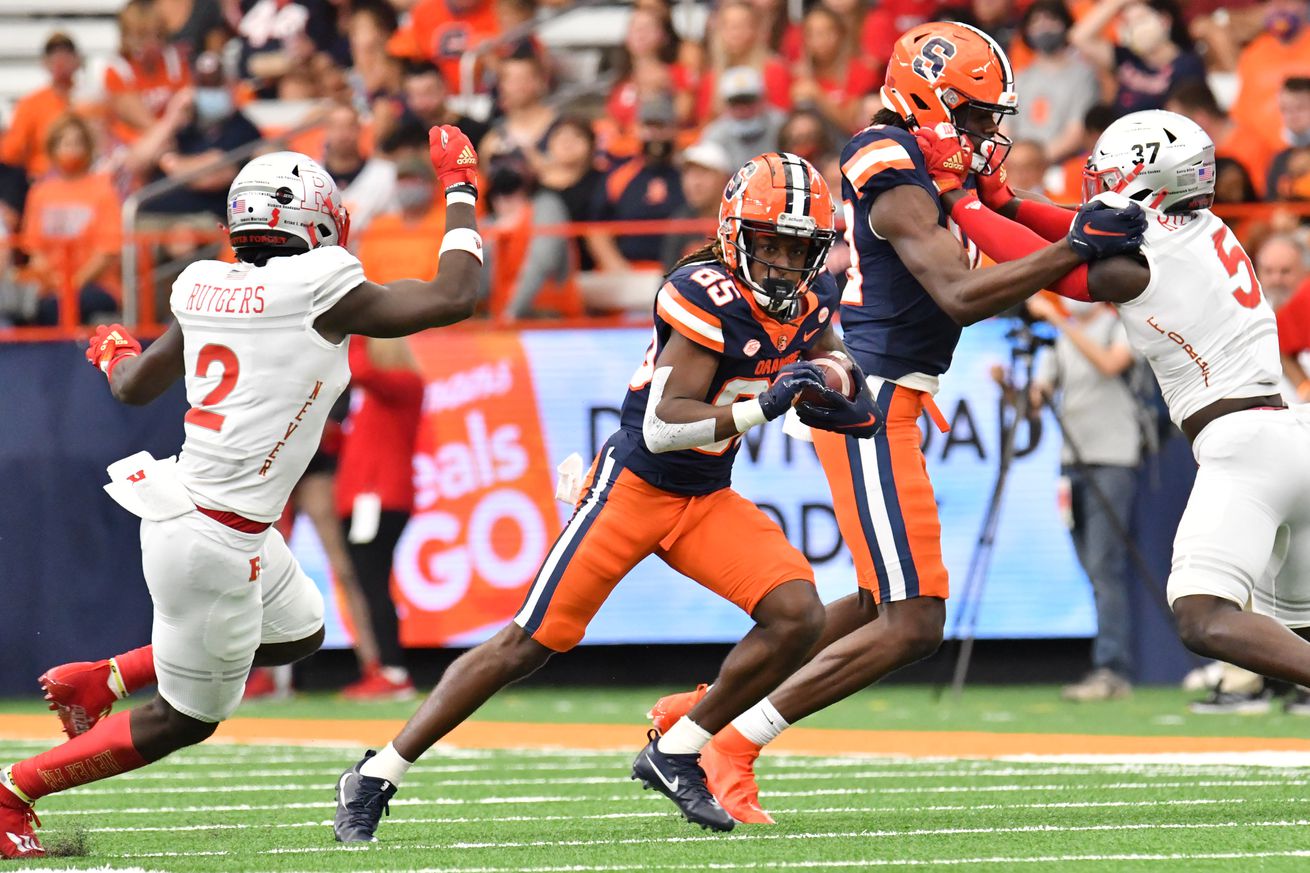 The Syracuse Orange football team is 1-1 and with the Liberty Flames waiting next Friday night what can we expect to see on Saturday in a bit of a “tune-up” contest against the Albany Great Danes? Before the game kicks off at noon ET, we tell you what we’re hoping to see from the Orange this week

I don’t need to see a lot of new offensive plays this weekend but what I want to see from Syracuse is a return to the execution displayed in the second half at Ohio. This is an opportunity to build some confidence so running the ball with four backs and hitting Albany with some quick passes would be ideal. In a perfect world I’d give DeVito and Shrader each opportunities under center for three quarters, then let Morgan get a quarter with the backups. The final margin isn’t important this week but it’s crucial for this team to execute the simple things as the season resets.

Among the most infuriating aspects of Syracuse’s loss to Rutgers was how the game looked like a testing ground for certain concepts and ideas... despite the fact that team was in a tight game against a Power Five opponent. While that wasn’t the time for the “lab” work, the fourth quarter vs. Ohio may have been, and this game could qualify as well once the team (hopefully) runs out to a lead. But once this game is over, the hope is that Syracuse can just get to the actual gameplan for the season and end the experimentation — under center, at punter, play-calling and whatever else the staff feels the need to juggle at a moment’s notice.

Steve: Growth on the offensive side of the ball

It seems simple in concept. As a team plays more, you should see a growth trajectory based on what’s working and not working. We’ve seen both good (Ohio and first few drives against Rutgers) and bad (the rest of Rutgers) but we need to see if the pieces that are developing can use a down week, against a not-great FCS team to put the things together that have worked to put this team in a place to succeed. We need the timing with the receivers to even out and them to come down with catchable balls to prove that last week was a one-off. We need Sterlin Gilbert to prove he can play-call after the script is done. We need to see the incremental change that is a sign of a team improving week in and week out, in what has turned into a well-timed game.

After what Steve wrote in regards to the offensive line play and the Ben LaBrosse news, both sides of the ball could do with trotting out younger players to see just how close they are to competing at a starting level. Specifically, after an offseason talking up guys like Kalan Ellis and Neil Nunn, I’d like to see the coaching staff give them more run to prove themselves on the field. This isn’t “lab” work, this is saying that the performances in games haven’t been good enough, and other players get a chance to show they can do better.

Taj Harris is great. That’s fantastic and we all know that. He’s the primary target for a reason and putting him in the slot has made him even more dynamic as the number one receiver. However, we haven’t seen anyone else really step up as another option in the passing game so far this season. Now this could be down to a multitude of reasons. Are the receivers not running their routes well and not creating good enough separation? Is the play calling still that simplified that the receivers are not put in the best position to get the ball? Does DeVito still take forever to move off his first read?

Whatever the case is, Harris alone can’t drag the passing game along to the same level of the running game. At least one person, ideally two people, need to step up to make themselves as a decent target when option No. 1 in Harris is clearly not the correct decision for any given play. Someone’s got to figure out how to get the rest of the receivers invovled.