Pitt will face an uphill battle against Clemson - SCACCHoops.com

Pitt will face an uphill battle against Clemson

After a string of frustrating (Boston College, NC State), expected but still frustrating (Miami), and embarrassing (Notre Dame) losses, Pitt’s football team has looked much more impressive in the past two games. 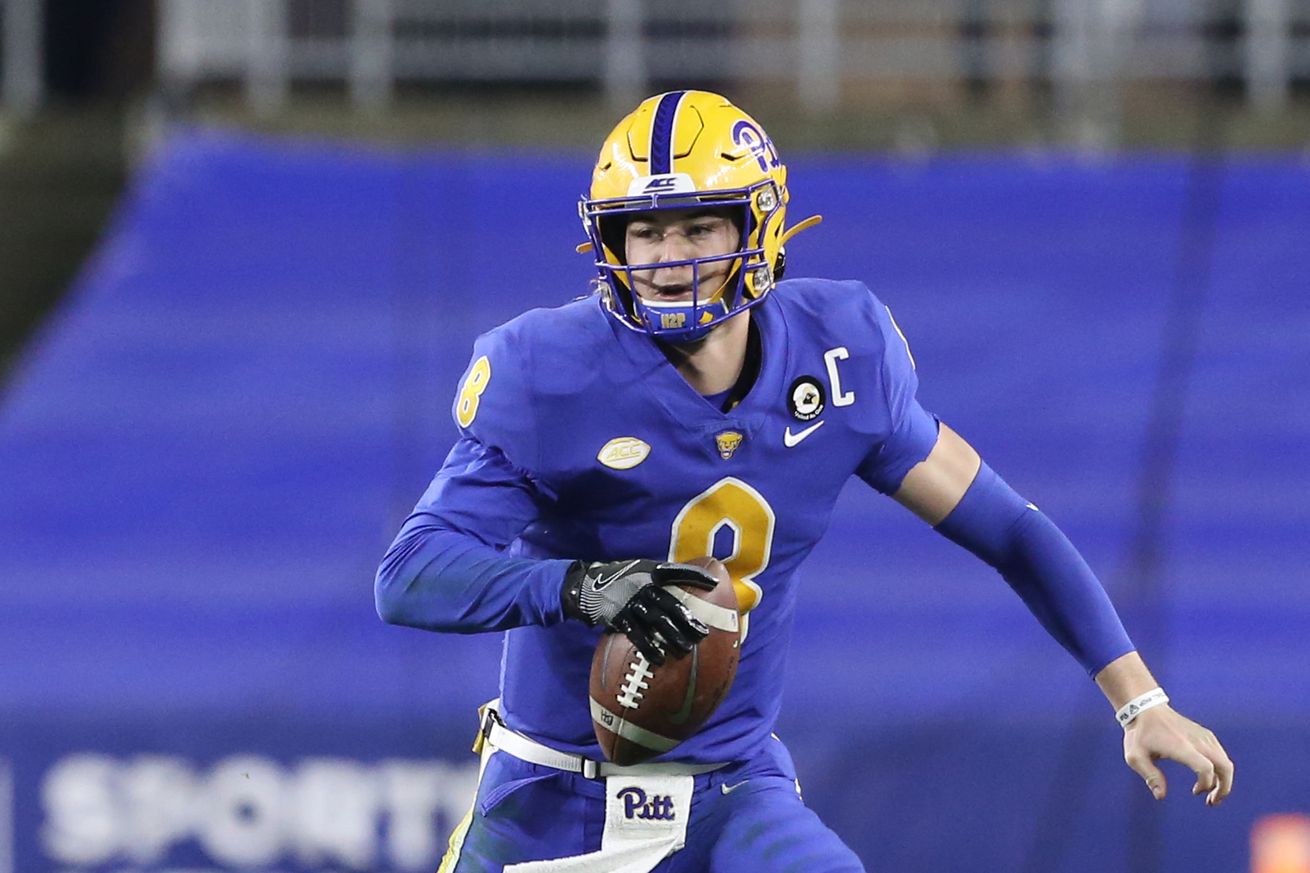 The Panthers (5-4) beat Florida State by 24 points then turned around and beat an even better Virginia Tech team by 33. But Pitt has a tall order this weekend against Clemson (7-1).

Part of Pitt’s ‘problem’ is that Clemson desperately needs this game if they want to play for the ACC title. The Tigers already lost head to head against Notre Dame so a loss here could drop them below Miami. Clemson is basically in must win mode and is coming off of the loss to the Irish. It’s never great to have to play Clemson but having to do it when they are in must win mode is even tougher.

There’s not much sense in breaking down Clemson’s abilities but, well, let’s do it anyway.

The Tigers get quarterback Trevor Lawrence back after he missed the Notre Dame and Boston College games due to COVID protocols. Lawrence, of course, is maybe the best quarterback in the nation. He enters the game completing more than 70% of his passes, has 17 touchdowns, and has thrown only two interceptions. In short, the Tigers’ passing attack is deadly. Part of that is because they have Amari Rodgers, one of the top receivers in the nation (48 catches, 720 yards, six touchdowns).

On the ground, Clemson has Travis Etienne, one of the best backs in the country. Sensing a theme here? This year, he has 634 yards with ten touchdowns while averaging 5.2 yards per carry. Etienne is incredibly dangerous as a receiver, too, with 37 catches for nearly 500 yards and another two touchdowns.

The fewest Clemson has scored this year has been 34 points (Boston College). Point blank — if Pitt is going to win, they’re going to have to score. This isn’t one of those games you hope to win in a slugfest. Holding Clemson below, say, 30 points, is probably the goal here — and no one’s done that all season. The Panthers’ defense has been good but they’ve also struggled against the better teams they’ve faced.

Defensively, Clemson is stout. They pitched a shutout against The Citadel earlier this year, held Wake Forest to 13 points, and held Georgia Tech to seven. Those teams aren’t great but Clemson also held a top ten Miami team to only 17 — their lowest total of the season. Even the 47 points Clemson gave up to Notre Dame is deceptive as 14 of those came in overtime with short fields.

So if you’re a Pitt fan, what are you hoping for here? Where are the weaknesses?

Well, the bad news is that I don’t know that Clemson has many of them. But there are a few things you can point to, I suppose, as things that could help the Panthers on Saturday.

One is that Trevor Lawrence hasn’t played in quite a while. Clemson’s game with Florida State this past weekend was postponed. The week before that, they had a bye. And the weeks before that, he sat out with the COVID protocol against Notre Dame and Boston College. He hasn’t played in a game for more than a month now.

Look, am I naive enough to think that Lawrence will look terrible? Of course not. Even though he’s missed some games, he’s been practicing and he’s already an incredible talent. But if you’re looking for some things that could help Pitt, that could be one of them. Lawrence will be facing one of the better defenses he’s seen this year and it’s not inconceivable to think that Pitt could make some plays on that side of the ball.

Even before that, Lawrence was coming off one of his weaker games this year against Syracuse. His completion percentage was closer to 60% in that game and the Orange also got him to throw one of his two picks of the season.

Again, I expect Lawrence will be just fine against Pitt. But it will be interesting to see how he rebounds after missing so much time.

Defensively, Clemson’s shown some weaknesses lately. The Tigers allowed the 47 points to Notre Dame (though, again, 14 of them came in overtime). They also gave up 28 to Boston College in the game prior to that one and 21 to Syracuse the week before. They’ve only allowed teams to score more than 20 points four times this year and three of them were in those last three contests.

Again, 28 to Boston College, 21 to Syracuse — those aren’t killers. But Clemson has shown some vulnerability in their last few games and, given that Pitt is really starting to gel offensively, they could, if nothing else, find a way to put some points on the board.

Speaking of Syracuse and, more appropriately, Boston College, you also wonder if Pitt can take anything away from those games which were closer than expected. Syracuse eventually faded but Boston College gave the Tigers a tough game, losing by only six. Before that, they really had not been tested. Clemson, of course, was without Lawrence in that game. Still, you hope that the Pitt coaches can pull some things from the game film in that one that might be helpful.

Can they score enough to pull an upset? Eh, I doubt it. And seeing the game get out of hand is, of course, not out of the realm of possibility. I expect Clemson to come out hungry and, as stated, their margin for error is very slim with the head to head loss to the Irish. Plus, Pitt has had two major tests this year so far in Notre Dame and Miami and did not look great in either one.

Still, that’s why they play the games — you never know.

This article was originally published at http://cardiachill.com (an SB Nation blog). If you are interested in sharing your website's content with SCACCHoops.com, Contact Us.
Categories: Clemson, Football, Pittsburgh