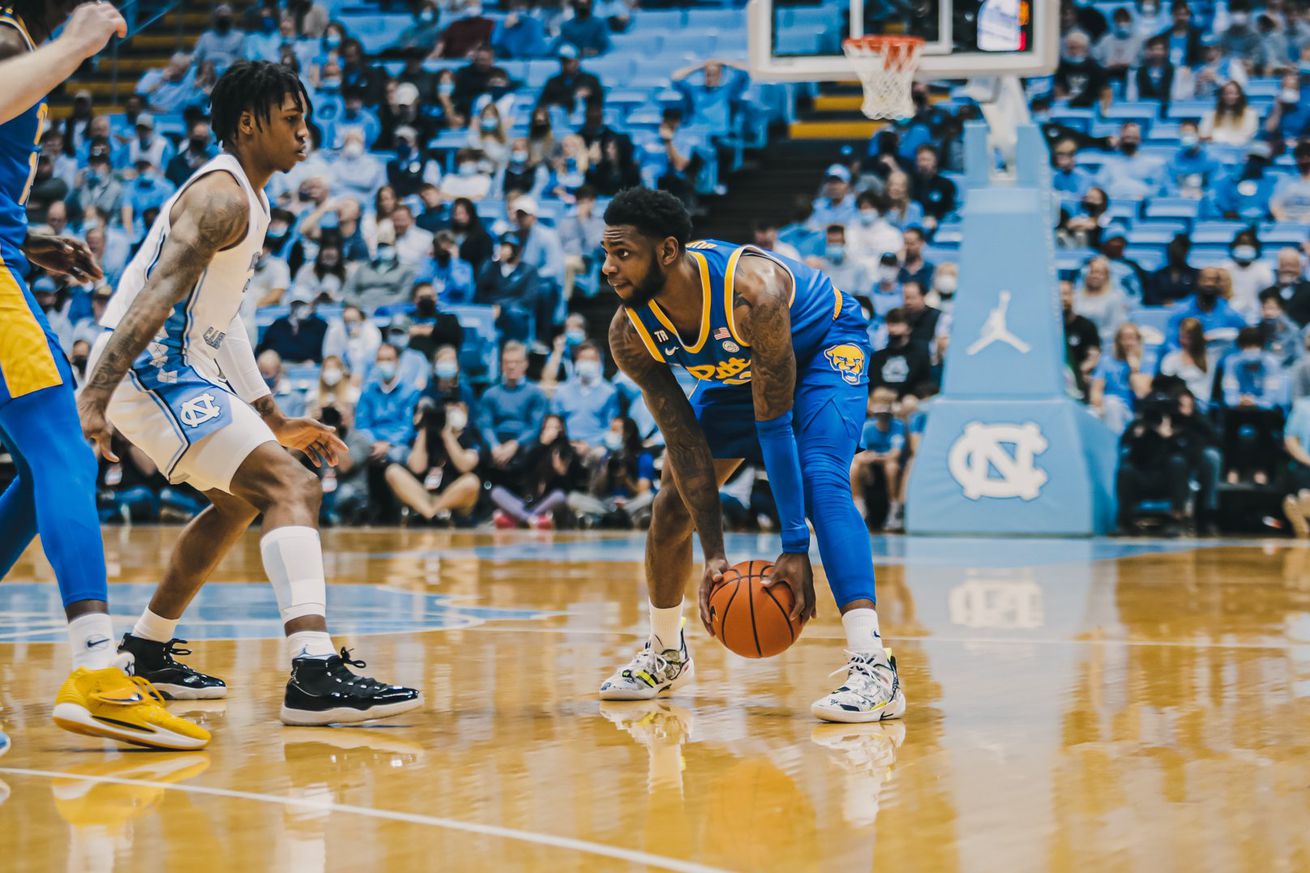 Pitt faced North Carolina at the Dean Dome in Chapel Hill on Wednesday night, and the Panthers entered the matchup facing long odds against one of the top teams in the ACC. But despite its underdog status, Pitt came out swinging and continued to fight throughout the game, taking down North Carolina 76-67.

Early in the game, neither of the two teams looked especially sharp, as turnovers and missed shots were plentiful and Pitt fell behind 5-0 on two made shots by Brady Manek. That appeared to be a bad omen for Pitt, as North Carolina got off to an 18-0 start in its 94-74 rout of Florida State on Saturday. However, Pitt then came alive and went on a 7-0 run.

Led by John Hugley, who had seven points in the first nine minutes of the game, Pitt would find itself even with North Carolina at the 11:00 mark, with the score tied at 12-12. But Pitt would continue to build on its success and go on a 21-2 run that would leave the score 29-14 and change the nature of the game from a close contest to a blowout in the making.

During that one-sided run, which unfolded in a matter of six minutes, Femi Odukale found his form and created chance after chance for his teammates. His efforts led to five made shots worth 14 points, or two-thirds of the 21 points the Panthers scored. And most of those came courtesy of Mouhamadou Gueye and Ithiel Horton, who knocked down five threes.

By halftime, Pitt was up 40-23, marking just the second time the team had scored 40 points in the first half of a game this season. It was also Pitt’s best showing in the first half of an ACC contest in the 2021-22 campaign. And at that point, Horton led all scorers, with 11 points, but Pitt got a solid effort from the entire team, with no starter held to fewer than five points.

The second half would get off to a slower start, as neither team was able to put points on the board for roughly three minutes. But after a free throw by Manek broke the stalemate, Odukale answered with a three, and the two teams would begin to trade blows.

Armando Bacot, who was held to just two points in the first half, became more of a factor in the final frame. However, he also enabled Hugley to come up with a four-point play, as he fouled him on a made three-pointer and Hugley hit the subsequent foul shot to make it 49-32. Horton would add two more triples to increase Pitt’s lead to 55-34 by the midway point of the second half, but the Heels would fight back.

Kerwin Walton would knock down three three-pointers to cut the lead down to 59-46 with seven minutes to go. Around that time, the pace of the Pitt offense would slow as the Tar Heels clamped down defensively and began forcing the Panthers to get their points at the foul line. By the 3:55 mark, the lead would be down to 67-57. And with 1:50 left, it would be 69-63, with the Panthers holding on late.

A seven-point outburst from Hugley would make it 74-65 with less than a minute to play. And after two made free throws by Horton and a Leaky Black layup, the Panthers would come away with a shocking 76-67 upset.

Pittsburgh was led in scoring by Ithiel Horton and John Hugley, who had 19 and 18 points, respectively. But the entire starting five posted double-digit point totals, with Jamarius Burton scoring 14, Mouhamadou Gueye chipping in 11 and Femi Odukale putting up 10 to go with a career-high nine assists in the game.

With the win, Pitt improved to 11-16 on the season and 6-10 in ACC play. Meanwhile, North Carolina fell to 18-8 overall and 10-5 in conference competition. The win was the Panthers’ third over the Tar Heels in their last four meetings. It also marked the first time that Pitt has won three games in a row in ACC play since 2014. Now, with three consecutive wins in the books, Pitt will return home to face Georgia Tech on Saturday night.

This article was originally published at http://cardiachill.com (an SB Nation blog). If you are interested in sharing your website's content with SCACCHoops.com, Contact Us.
Categories: Basketball, Pittsburgh, Recap, UNC, Video