The Irish crush the gray Panthers 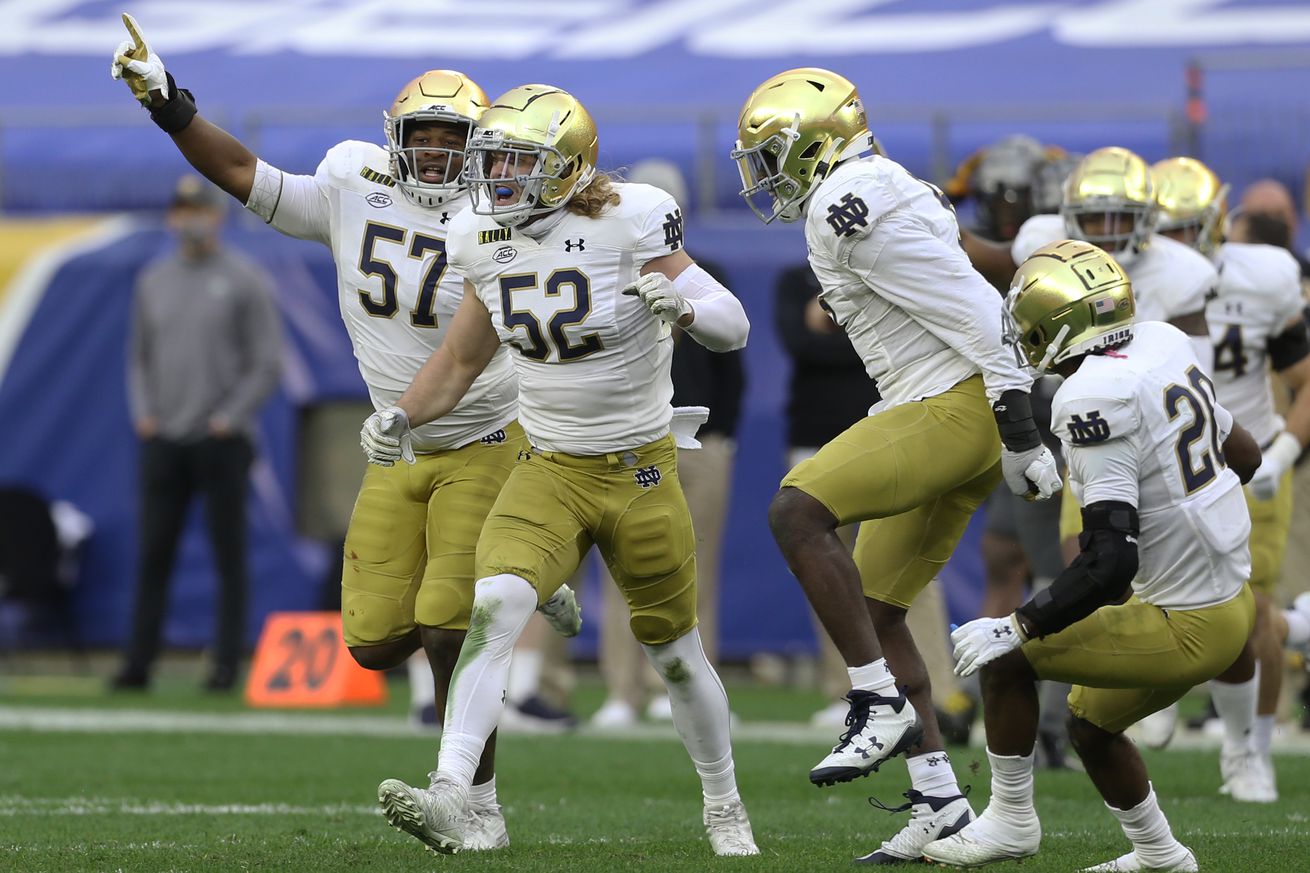 The Notre Dame Fighting Irish answered a lot of questions on Saturday with their 45-3 win over the Pittsburgh Panthers. The biggest question centered around the Irish passing game and Ian Book in particular. With the loss of Kevin Austin this week due to an injury, it looked like an even tougher path for Notre Dame against Pitt.

It wasn’t Ian Book’s most accurate day, but he went 16-30 for 312 yards and 3 touchdowns against this Pat Narduzzi defense. It’s what you HAVE to do against that defense as they crowd the box and play press coverage. Book had a lot of pressure on him today — in his head and in his face — but did all that was needed to get the blowout win.

Early, it was Ben Skowronek that really lifted the Irish as he caught a 34 yard TD pass during the first drive of the game. Notre Dame allowed Pitt to get just enough yardage to kick in a 45 yard field goal, but after a couple of possessions that ended in punts — Book connected with Skowronek again for a 73 yard TD.

It was the beginning of the end for Pitt.

While Notre Dame’s passing offense needed to improve today, the Irish defense showed all afternoon why it’s one of the best in the entire country. Pitt was helpless, and had just 2 yards rushing at halftime. They also kept freshman WR Jordan Addison in check for most of the day and halfway through the 4th quarter he had just 3 receptions for 40 yards from Pitt quarterback Joey Yellen (10-27 101 yards 3 INT).

Notre Dame forced 3 interceptions on the day from Bo Bauer, Jeremiah Owusu-Koramoah, and Nick McCloud. All three of those turnovers were turned into touchdowns on the ensuing drive. One of those touchdowns was Ian Book’s third TD pass on the day, and this time it was to freshman Michael Mayer.

The Irish also got some touchdown scoring from its special teams unit. Towards the very end of the first half, Isaiah Foskey blocked a punt and casually picked it up in the endzone for the score.

Special teams felt left out! They wanted in on the fun

It wasn’t a great day on the ground for Notre Dame, but both Kyren Williams and C’Bo Flemister got the tough yards when the Irish needed them — and they also scored touchdowns on short runs.

This article was originally published at http://OneFootDown.com (an SB Nation blog). If you are interested in sharing your website's content with SCACCHoops.com, Contact Us.
Categories: Football, Notre Dame, Pittsburgh, Recap