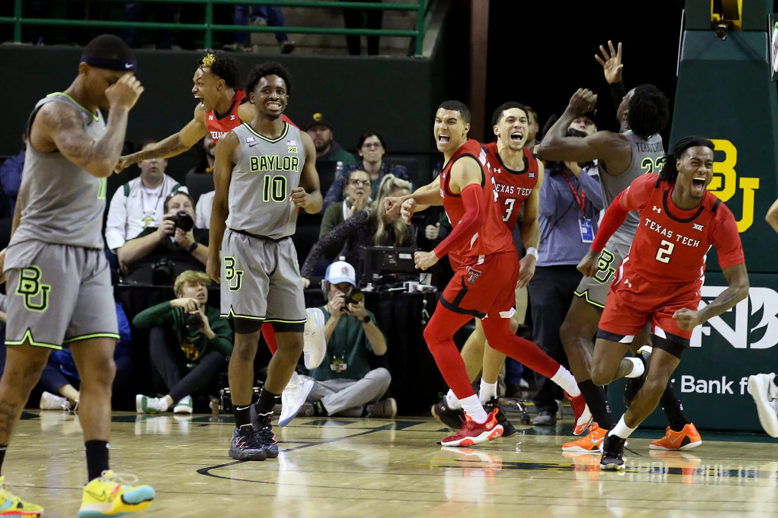 Following a perfect 15-0 start, the Bears were upset 65-62 by the visiting Texas Tech Red Raiders (12-3) in a low-scoring affair. This was Baylor’s lowest offensive output of the season, and it marked just the second time in which they were held to under 70 points.

As for the Trojans, their first loss of the season came at the hands of the Stanford Cardinal, who emerged in a victorious defensive affair of their own 75-69. The loss dropped USC to 13-1 on the season, while the Cardinal improved to 9-4.

Tuesday’s results mean there are no more undefeated teams.

The Bears still have some of the best March Madness Betting odds. Only Gonzaga, Duke and Purdue currently have higher odds of claiming the national championship.

Kevin McCullar (12 points) and Clarence Nadolny (11) points) also reached double-digits. The balanced scoring certainly made up for the Red Raiders’ struggles from beyond the arc, as they shot just 28.6 percent from the field.

In the Trojans’ loss, the main difference was three-point shooting. Stanford hit 41.7 percent of their attempts from downtown, while USC struggled with a 28.6 percent mark.

They had five more blocks (8 to 3) and outrebounded the Cardinal 33-32. The home team also committed 24 fouls compared to USC’s 19.

But Spencer Jones and Harrison Ingram, who each scored 21 points, were too much for the Trojans to handle.

USC will look to rebound when they host Oregon State on Thursday, and the Bears are preparing to host Oklahoma State on Saturday.

The surging Auburn Tigers continued their hot streak on Tuesday.

The Tigers held off a valiant effort from No. 24 ranked Alabama, defeating the Crimson Tide 81-77 to pick up their 12th straight victory. The win moved Auburn to 15-1 on the season.

Sophomore guard Wendell Green Jr. also tuned in one of his best performances of the season, finishing with 19 points, a trio of rebounds, four assists and three steals. K.D. Johnson and Allen Flanagan also reached double-digit figures with 13 and 10 points, respectively.

The top team in the SEC will look to extend their win streak when they visit Ole Miss on Saturday evening. The Tigers will then return home for a Wednesday tilt against the Georgia Bulldogs.

A highly-anticipated showdown against No. 18 ranked Kentucky will take place three days after that.

Baylor at least got to start the week off with another positive development before Tuesday’s unexpected loss to Texas Tech.

The Bears retained the top spot for the Week 10 AP Top 25 poll, with the 12-2 Gonzaga Bulldogs right behind them at No. 2. The UCLA Bruins moved up two spots to claim the No. 3 spot, followed by Auburn (previously ninth) and USC (previously seventh).

The previous No. 2 ranked Duke Blue Devils dropped down to No. 8. They’re still sitting pretty at 12-2, but the drop had a lot to do with their shocking 76-74 home loss to the Miami Hurricanes on Saturday.

Week 10 was a milestone for the Trojans. Their No. 5 ranking in the AP Top 25 marks their highest placement since 1974.