Mike Pegues has a message for Louisville fans - SCACCHoops.com

Mike Pegues has a message for Louisville fans 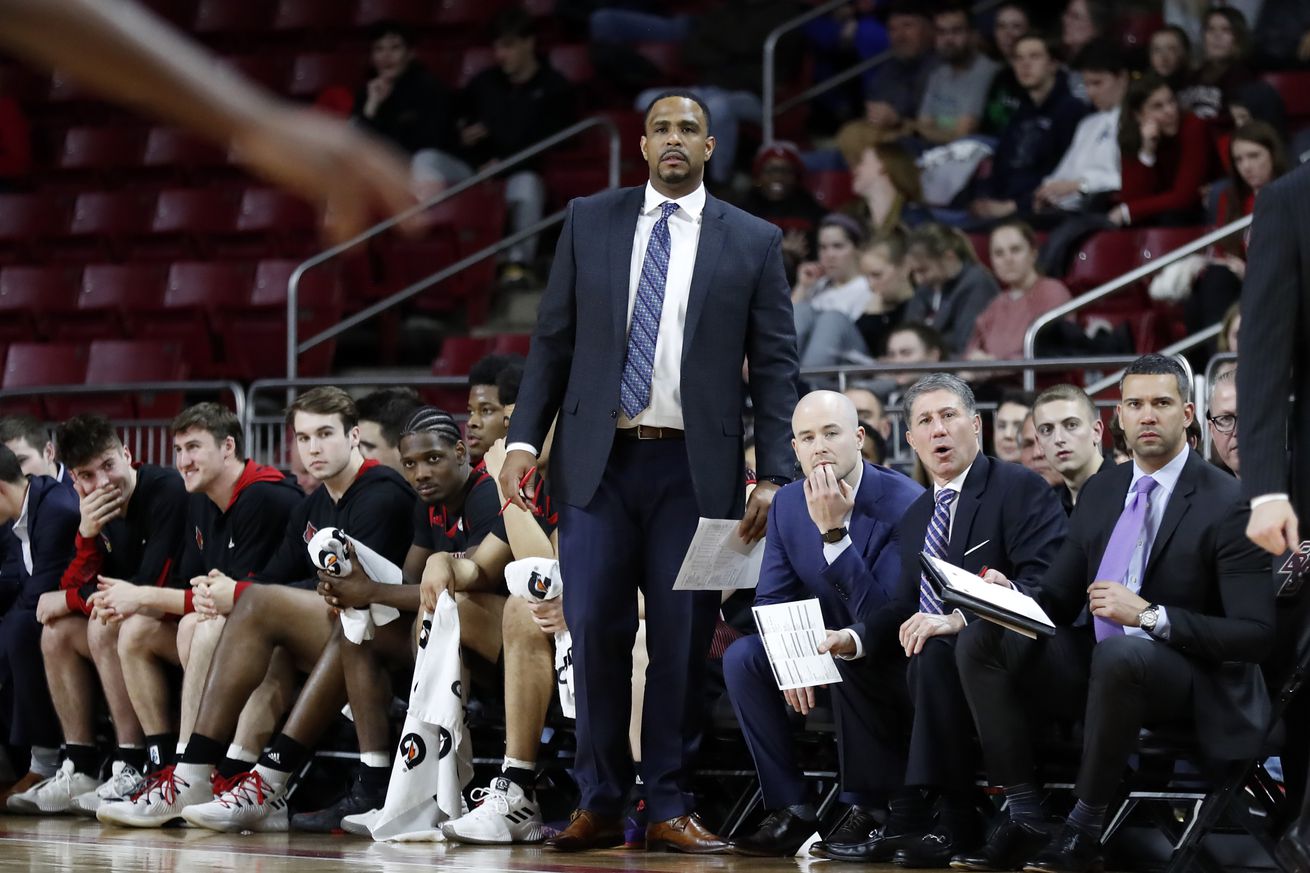 Perhaps the strangest thing about this moment in time as a Louisville basketball fan is that we’re smack in the middle of a Russ Smith number retirement, a Big Monday road loss to Virginia, and a Saturday home game against a top 10 Duke team in Mike Krzyzewski’s final season ... and no one is talking about any of these things.

The mutual parting of ways with Chris Mack and the ensuing coaching search madness talk was always going to dominate this week, but the second part of that equation is also likely to dominate the local conversation for the next several weeks.

That’s understandable given the monumental importance of this hire, but it’s also unfortunate for a Cardinal basketball team that still has 10 regular season games and (at least) a conference tournament to play.

For the fans who might have been worried about this team responding to this latest dose of adversity by packing it in and going through the motions for the next five weeks, interim head coach Mike Pegues has a message.

#CardNation — we’re not giving up on you. Don’t give up on us.

I know we’re all focused on the big what’s next, but I do hope we show these guys as much support as possible from Saturday through whenever the season ends.

I’m not sure if it’s possible to fully “turn things around” at this point, but there are certainly some positive memories that could be made in the weeks ahead. Let’s try and help make some of those happen.

This article was originally published at http://www.CardChronicle.com (an SB Nation blog). If you are interested in sharing your website's content with SCACCHoops.com, Contact Us.
Categories: Basketball, Boston College, Duke, Louisville, Virginia