It’s one of the ACC’s two unbeaten teams versus one of its two winless teams Wednesday night in Winston-Salem. 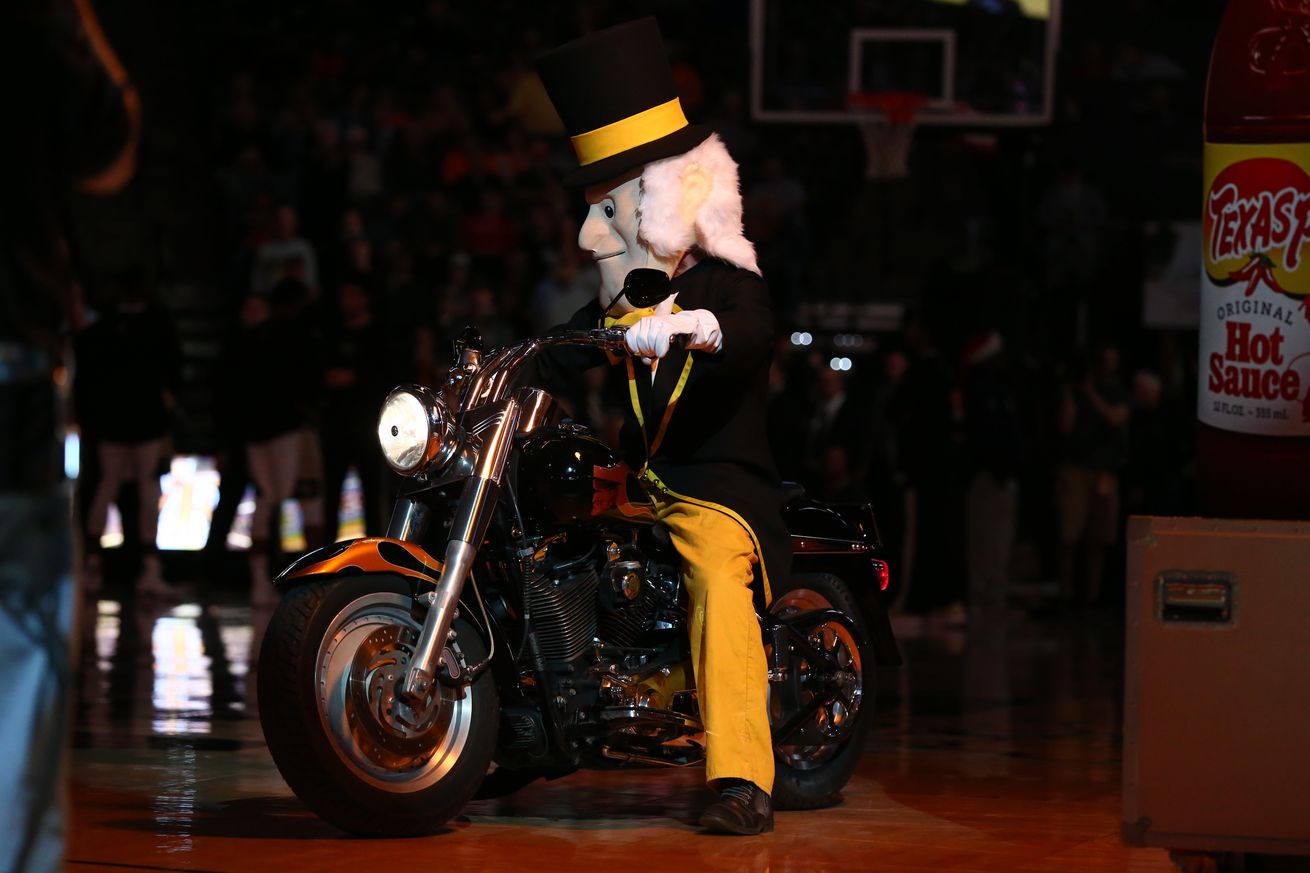 Few teams in the ACC have been more affected by the Covid-related pauses across the country than Wake Forest. The Demon Deacons have already had six scheduled games either postponed or canceled, which has resulted in lengthy periods of time between contests, and the team having played just six total games as we enter the heart of January.

First-year head coach Steve Forbes led Wake to easy non-conference wins over the forgettable trio of Longwood, Delaware State and Division-II Catawba, but the team has been defeated in each of its first three games in league play. Notre Dame (0-4) is the only other ACC squad yet to taste victory in the conference.

To their credit, Wake Forest has been competitive in both of its most recent contests — losses to nationally-ranked Virginia and Duke — but Forbes’ message to his team this week is that it needs to find a way to play 40 solid minutes instead of 32.

The biggest issue for the Demon Deacons in their three conference losses is one that Louisville is familiar with itself: turnovers. Wake Forest is last in the ACC in turnover percentage, losing the ball on a whopping 23.7 percent of possessions. Part of the reason for that statistic is that Forbes is currently starting a point guard in Carter Whitt who just graduated from high school on Dec. 18.

Whitt, who was the top-ranked point guard in the state of North Carolina from the class of 2021, was thrown into the fire immediately and has, understandably, produced some mixed returns. The skill is obviously there, but he’s turned the ball over 13 times in four games, including seven in the team’s loss to Duke last Saturday. In order to simplify things for Whitt, Wake Forest goes heavy on the (very) high ball screen when he’s running the show. Louisville hasn’t seen a significant amount of that so far this season, so this should be a nice hedge test for guys like Jae’Lyn Withers and Dre Davis.

Maybe it’s because he doesn’t have experienced enough bigs or because Covid didn’t allow for the usual amount of preseason practice time, but Forbes hasn’t been using a lot of the elaborate halfcourt sets that made his teams at East Tennessee State so difficult to prepare for.

Instead, most of what we’ve seen from Wake so far this season has been fairly basic two-man, pick-and-pop stuff, or guards simply trying to beat guys off the bounce and then either finish at the rim or kick it out to a spot-up shooter on the perimeter. It’s worked well enough for them so far.

If the Deacs could clean up the turnovers, they’d be a pretty solid offensive team. They shoot the three a ton and shoot it pretty well collectively as a team (35.5 percent). They are, however, prone to some head-scratching shot selection, shots with long caroms off the rim that often result in transition opportunities for their opponents.

The team’s most consistent performer so far this season has probably been Daivien Williamson, a junior guard who followed Forbes from ETSU. Williamson, who is about the size of Carlik Jones, is an ambitious passer with a super quick first step. He’ll shoot the three when he’s left all alone, but unlike the rest of the Wake backcourt, it’s not one of the strongest parts of his game. Defensively, Williamson is a bit of a gambler. He’s recorded at least one steal in every game so far this season, but he’s also been susceptible to allowing his man to get into the lane without expending a whole lot of effort.

The team’s leading scorer is 6’8 junior forward Isaiah Mucius, who enters Wednesday putting up 11.3 points per game. Mucius can score from just about any spot on the floor, and has made a concerted effort to be more of a post presence in his third collegiate season after being more of a perimeter floater who did most of his damage around the rim in transition for the last two. Still, he’s not the true post presence that bruising 6’9 sophomore Ody Oguama is, which permits him the luxury of being more of a pick-and-pop guy when the two are on the floor together.

Speaking of the pick-and-pop, the one player Louisville defenders can’t afford to let get going is Ismael Massoud. The 6’8 forward from Harlem comes off the bench and will pull from just about anywhere. If he sees a couple through the net, look out. He’s coming off his best game of the season, a 17-point, eight-rebound effort in the loss to Duke.

Wake Forest is still scrambling to find its identity after unexpectedly losing the backcourt duo of Tarig Ingraham and Ian Dubose in December. Ingraham (11.0 ppg) is out for the season after battling Covid-19, while Dubose (11.0 ppg) is still sidelined indefinitely for “medical reasons.” The loss of those players is the main reason why Forbes has had no choice but to start a point guard who was taking his high school finals this time a month ago.

Defensively, Wake Forest’s profile is a bit misleading because of the way it feasted on its three abysmal non-conference opponents. The Deacs are No. 3 in the country in steal percentage, but that number has been steadily declining since they started playing real teams. While Wake has picked up a respectable amount of takeaways in its three ACC games, its constant gambling out of its man-to-man defense has allowed opponents to shoot 57.0 percent form inside the arc, good for the 325th-worst two-point defense in the country.

Against Georgia Tech — the only team in the ACC with a backcourt that might rival Louisville’s at the moment — Wake Forest’s guards allowed Jose Alvarado and Michael Devoe to combine for 42 points on 15-of-28 shooting from the field. This has the potential to be yet another big night for the dynamic duo of Carlik Jones and David Johnson. If he’s healthy enough, this could also be the perfect opponent for USF grad transfer Charles Minlend to get his feet wet against.

—Louisville is off to its best conference start in its seven years in the ACC and its first 3-0 conference start since 2012-13. The Cardinals have not won their first four league games since the 2008-09 season, when they began 8-0 in Big East play.

—Louisville has started with at least an 8-1 record through nine games for the 10th time in the last 13 years. The Cards have won at least nine of their first 10 games on nine occasions over the past 12 years.

—Louisville is 5-1 against Wake Forest since joining the ACC, and has won each of the past three meetings by double digits. The Cards are 2-1 against the Demon Deacons in Winston-Salem.

—Chris Mack was an assistant coach for three seasons at Wake Forest (2001-04) under the late head coach Skip Prosser when the Demon Deacons posted a 67-29 record.

—Cardinal assistant Dino Gaudio worked nine seasons at Wake Forest (2001-10), including six years as associate head coach and three as head coach. In his three seasons as head coach, Gaudio guided Wake to a 61-31 overall record and a pair of NCAA tournament appearances.

—The next win for Wake Forest’s Steve Forbes will be his 300th as a college head coach.

—Louisville has a 43-13 record during the month of January over the last five years.

—Wake Forest ranks last in the ACC in turnover percentage, losing the ball on 23.7 percent of its offensive possessions.

—Wake Forest will be playing its third consecutive game against a ranked opponent Wednesday night. The Demon Deacons have lost back-to-back games to Virginia (70-61) and Duke (79-68).

—At 3-0, Louisville currently sits tied with Virginia atop the ACC standings. Wake Forest is one of two winless teams in the conference, along with 0-4 Notre Dame.

—Wake Forest defeated Louisville by a single point in the Sweet 16 round of the 1996 NCAA tournament, but most basketball historians actually consider the Cardinals the victors of that game since Tim Duncan both fouled out and walked in the game’s most crucial moments, and neither violation was called.

—Louisville is 24-0 over the last two seasons when scoring at least 71 points, including 6-0 this season

—Louisville has won 155 consecutive games when scoring at least 85 points in regulation.

—Louisville is one of just four schools which have won 20 or more games on the court in each of the last 18 seasons. Gonzaga, Duke and Kansas are the others.

This article was originally published at http://www.CardChronicle.com (an SB Nation blog). If you are interested in sharing your website's content with SCACCHoops.com, Contact Us.
Categories: ACC Network, Basketball, Louisville, Notre Dame, Preview, Wake Forest