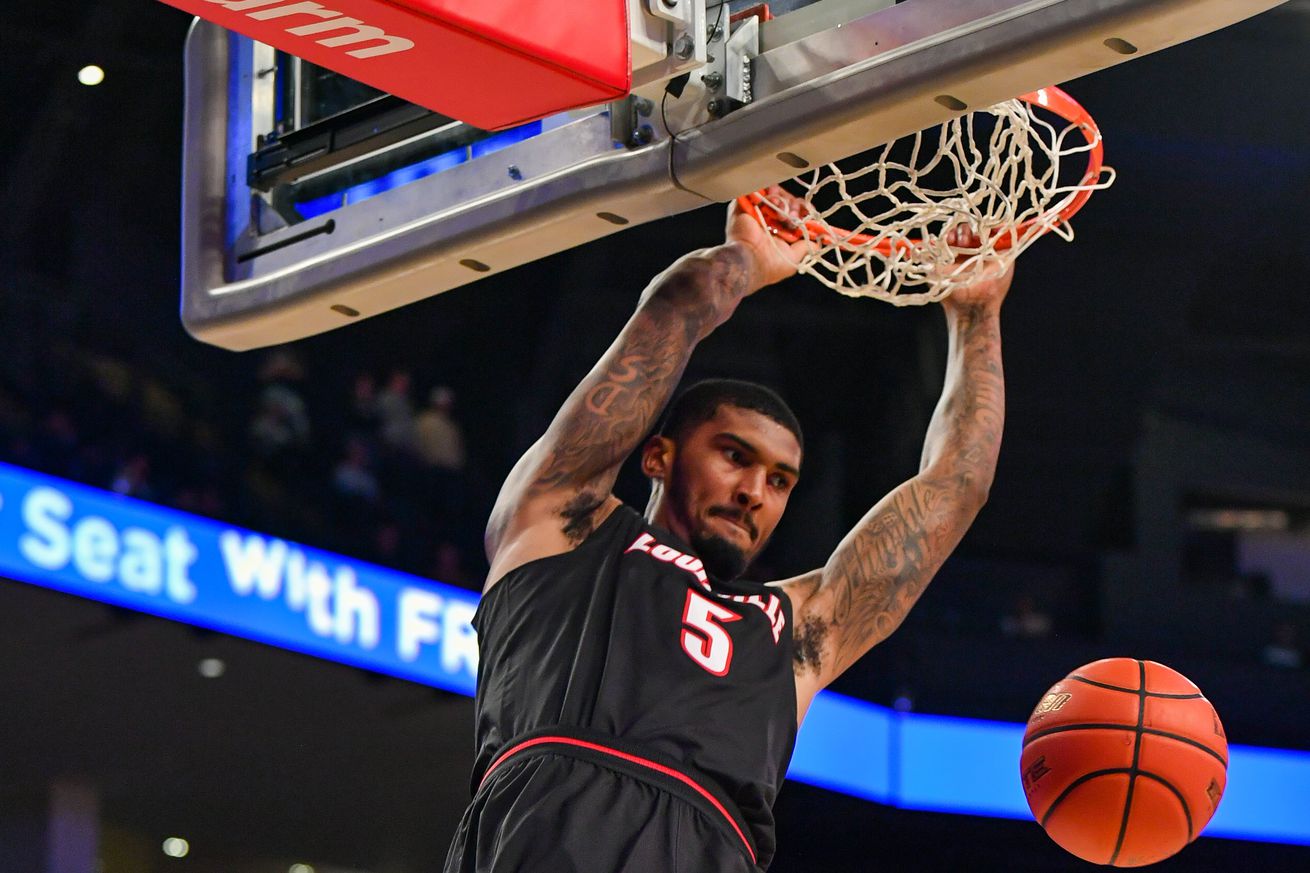 The power of Josh Pastner’s face shield wasn’t enough Sunday night, as Louisville moved to 3-0 in ACC play with a 67-64 road win over Georgia Tech.

The Cardinals trailed by as many as the seven in the first half before taking control at the end of a back-and-forth second half. A handful of missed U of L free-throws in the game’s closing moments afforded Georgia Tech one final chance to send the game to overtime, but Kyle Sturdivant’s three just before the buzzer found nothing but iron.

Malik Williams was once again at the center of nearly everything good for Louisville, finishing with 20 points and 10 rebounds. The double-double was the ninth of Williams’ career and his fourth in his last eight games.

Dre Davis, who notched several key buckets in the game’s most critical moments, scored all 13 of his points in the second half. He and Williams were joined in double figure scoring by Matt Cross (13 points, 9 rebounds) and Noah Locke (10 points).

Louisville survived despite 40 combined points from Georgia Tech’s two-headed monster of Michael Devoe (23) and Jordan Usher (17). Devoe, the ACC’s leading scorer, had a look at a potential go-ahead three on GT’s penultimate possession, but Jarrod West’s hard-nosed defense resulted in it being a highly contested 23-footer that came up short. West finished the game with three steals and four assists.

Once again, this team needed to find a way down the stretch of a game it desperately needed to win, and it found a way. There’s still a considerable amount of work to be done, but it sort of feels like we’re at least back in the game now.

Keep that momentum rolling with a win Wednesday night and then take your best shot in Tallahassee on Saturday at a place that has been a house of horrors for you recently.

This article was originally published at http://www.CardChronicle.com (an SB Nation blog). If you are interested in sharing your website's content with SCACCHoops.com, Contact Us.
Categories: Basketball, Georgia Tech, Louisville, Recap, Video