Louisville rolls to 3-0 with 91-62 win over Indiana State - SCACCHoops.com 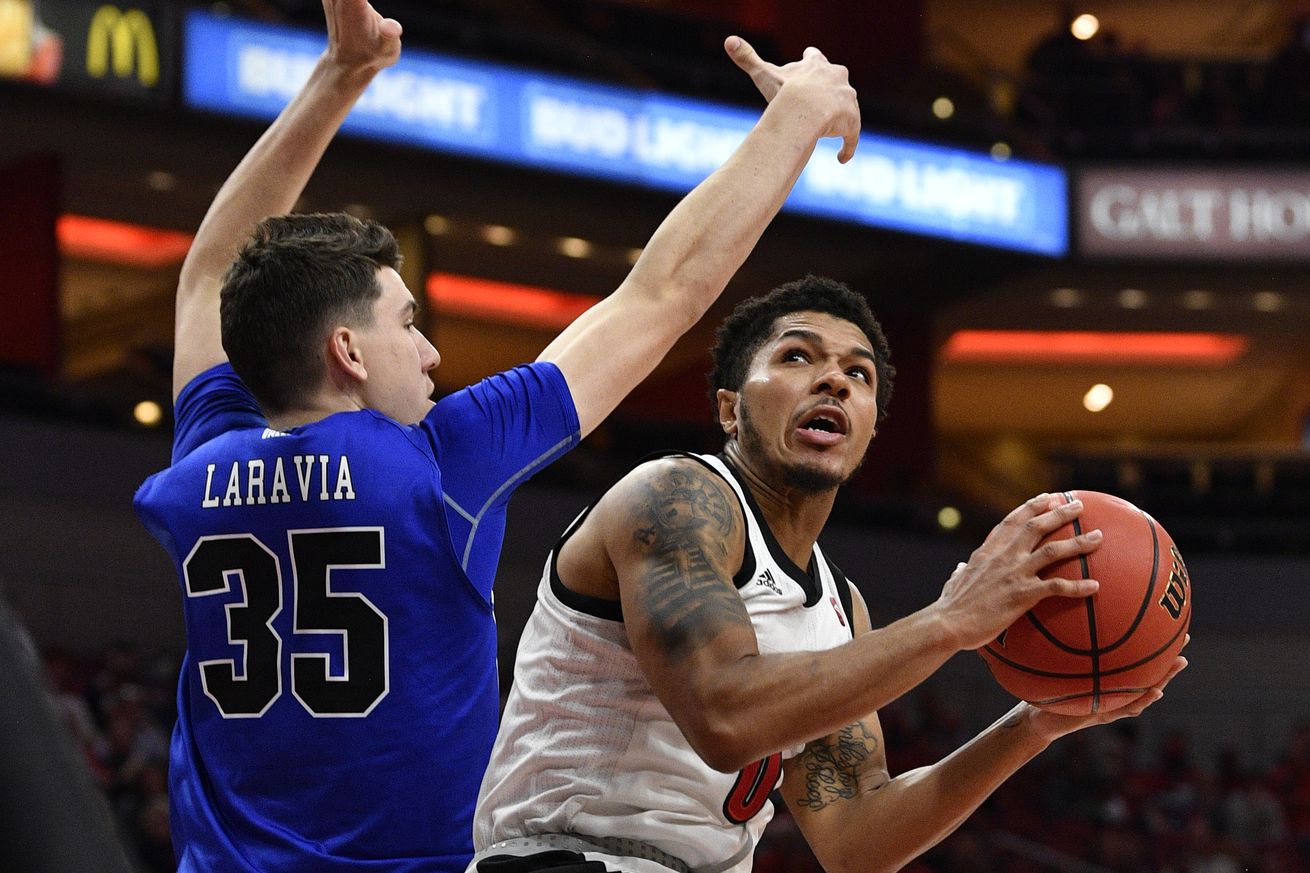 Louisville drilled nine of its 17 three-point attempts and shot a scorching 58.5 percent from the field overall as it rolled to a 91-62 win over Indiana State inside the KFC Yum Center Wednesday night.

Jordan Nwora breached the 20-point mark for the third straight game, scoring a game-high 21 points. Dwayne Sutton bounced back from a disappointing effort against Youngstown State by scoring 14 points and grabbing 10 rebounds to notch his first double-double of the season.

The talk of the Derby City on Thursday, however, is likely to be Fresh Kimble. The grad transfer from Saint Joseph’s played easily his best game as a Cardinal to date, coming off the bench to make 5-of-6 shots and score 13 points to go along with four rebounds, three assists and one steal.

Kimble’s stellar play was amplified by the fact that starting point guard Darius Perry had an off night. Perry scored seven points, but turned the ball over four times and was in foul trouble for most of the evening.

Louisville won going away despite the fact that Indiana State shot a respectable 10-of-26 from beyond the arc and also went 14-of-17 from the free-throw line. Tyreke Key, the leading scorer in the Missouri Valley Conference last season, led the way with 20 points. His eight consecutive points got the Sycamores to within 11 points before the first TV timeout of the second half, but Indiana State would not get any closer.

Like Kimble, Samuell Williamson was also stellar off the bench for Louisville. The freshman was 6-of-9 from the field, scored 15 points, grabbed five rebounds, dished out four assists, blocked one shot, and recorded one steal. Kid’s the real deal.

Look, sometimes it’s tough to be a top five team playing as a heavy-favorite against a projected middle of the pack Missouri Valley team from the state of Indiana. Sometimes you even lose. Sometimes you win by 29. This was one of those times.

This article was originally published at http://www.CardChronicle.com (an SB Nation blog). If you are interested in sharing your website's content with SCACCHoops.com, Contact Us.
Categories: ACC Network, Basketball, Louisville, Recap, Video