Is there a better time of year than the NBA draft? We’re not convinced there is and, as such, we’ve decided to look at some of the hottest talents in the upcoming draft that will soon be lighting up the NBA betting lines. 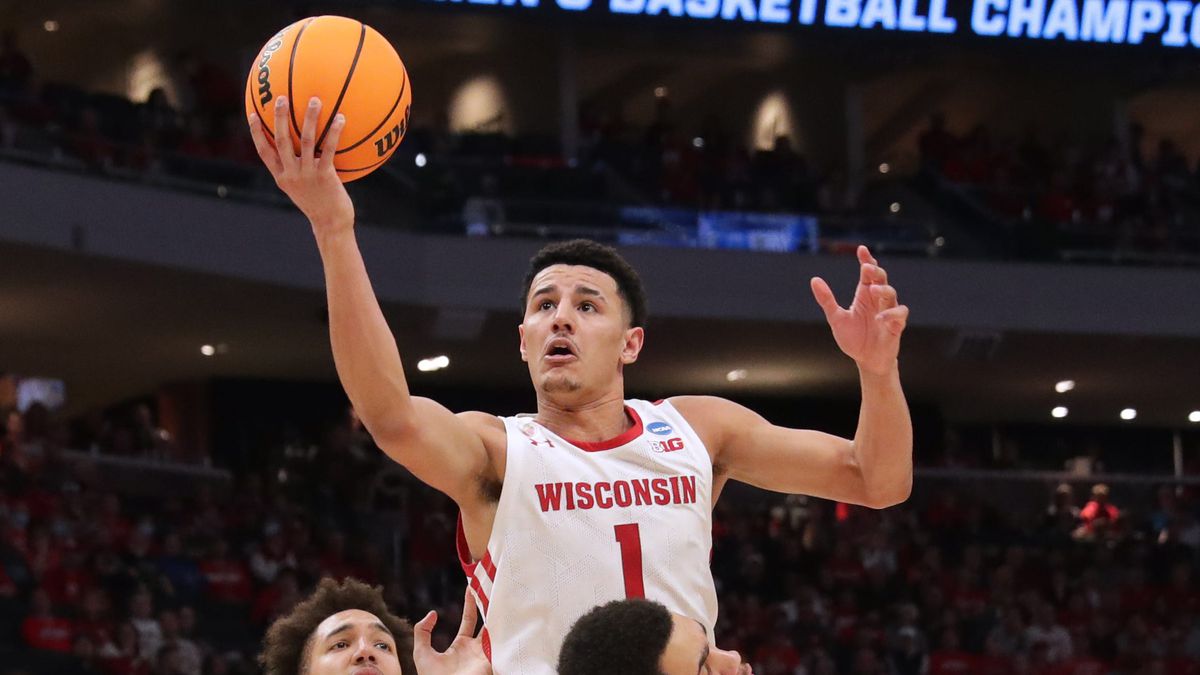 Here are our picks. Let’s go!

Kicking off our look at the hottest talents in the upcoming NBA draft is Johnny Davis. It feels like he’s a player that is getting more popular by the minute right now and the idea of him going as one of the top five picks is very much a possibility. That comes off the back of a season that’s seen his draft stock rise an awful lot; the shooting guard has the potential to be deadly from the mid-range with comparisons to DeMar DeRozan in that area.

He is also thought of as a phenomenal defender and rebounder. Due to that, you can expect effort and competitiveness in abundance, which whilst ‘simple things’ they are two great traits for a player to have. When you consider the all round Davis package, he looks like one of the most reliable picks in the upcoming draft and we wouldn’t be surprised if he starts to contribute to the NBA immediately.

If Davis is your steady, good in both directions type pick then our number four selection of Jaden Ivey is a stark contrast to that. Defensively, there are question marks over the Purdue man. They will be overlooked though because his offensive game is sensational; he sinks point after point with a game average of 17.3 this season just gone. His size and explosive speed, along with the other tools in his Arsenal, make him an oven-ready pick for the NBA and we think he has what it takes to become an absolute superstar.

The other string to his bow that we haven’t specifically spoken about is his ability to shoot from beyond the arc; his stats dropped a tad in the last month or so but for 75% of the recent campaign his conversion was off the charts. A player that can score bucket loads of points with extreme style; what’s not to like for a team wanting a new face to front their franchise?

Jabari Smith Jr is a really interesting draft prospect. Some people might be surprised to see him reaching the heights of third whilst others might argue he could have been pushed higher. In many ways, this might suit Smith with the pressure unlikely to pile too heavily on his shoulders given he’s at least partially flying under the radar.

That said, there is plenty to like about Smith too. For one thing, scout reports have gone public labelling him as the best freshman jump shooter in this class. The fact he’s also able to stand up to pretty much any kind of defensive match up is another big tick for him. One area he has struggled in has been his ability to drive to the rim but there will still be plenty of teams looking at him thinking his overall balance between offense and defense is something they can work with and develop without too much pain.

Let’s cut to the chase regarding our penultimate choice. Paolo Banchero, who is a forward out of Duke, arrives into this draft with all the intangibles you want out of a forward. He is listed at 6’10 but can play the point guard position. Some have stated that they see him playing in a similar role as Luka Doncic if all goes well; that’s a big time comparison.

That said, you can see why the link has been made because he is a very promising talent. Banchero can be an explosive offensive option in any team but, unlike many, he still shows the composure to pass the ball around efficiently. Those skills can combine to make him a dominant force when attacking the rim but if he can broaden his playing style up to improve his perimeter play as well then he really is delivering on all fronts. Coaches will think they can quickly take Banchero’s game up a notch or two.

Finally, we come to the hottest talent in the upcoming NBA draft. Step forwards Chet Holmgren; he’s a young man that is being littered with attention in the build up to this draft. Not only has Holmgren collected a ridiculous number of accolades in his young career but he’s built like a man mountain with his 7’0 frame dominating in the center for Gonzaga.

You can see exactly how good Holmgren is by looking at how he carried his team in this last year and by casting your eyes over his stat sheet; he was able to average 14.1 points, 9.9 rebounds, 1.9 assists and a high 3.7 blocks per game. He can score, he can rebound, he can pass and block shots at will. With talents like Holmgren, it’s going to be very tough to overlook him in those early picks. Anyone that does might rue the day.