Can Syracuse get back in the win column on Saturday? 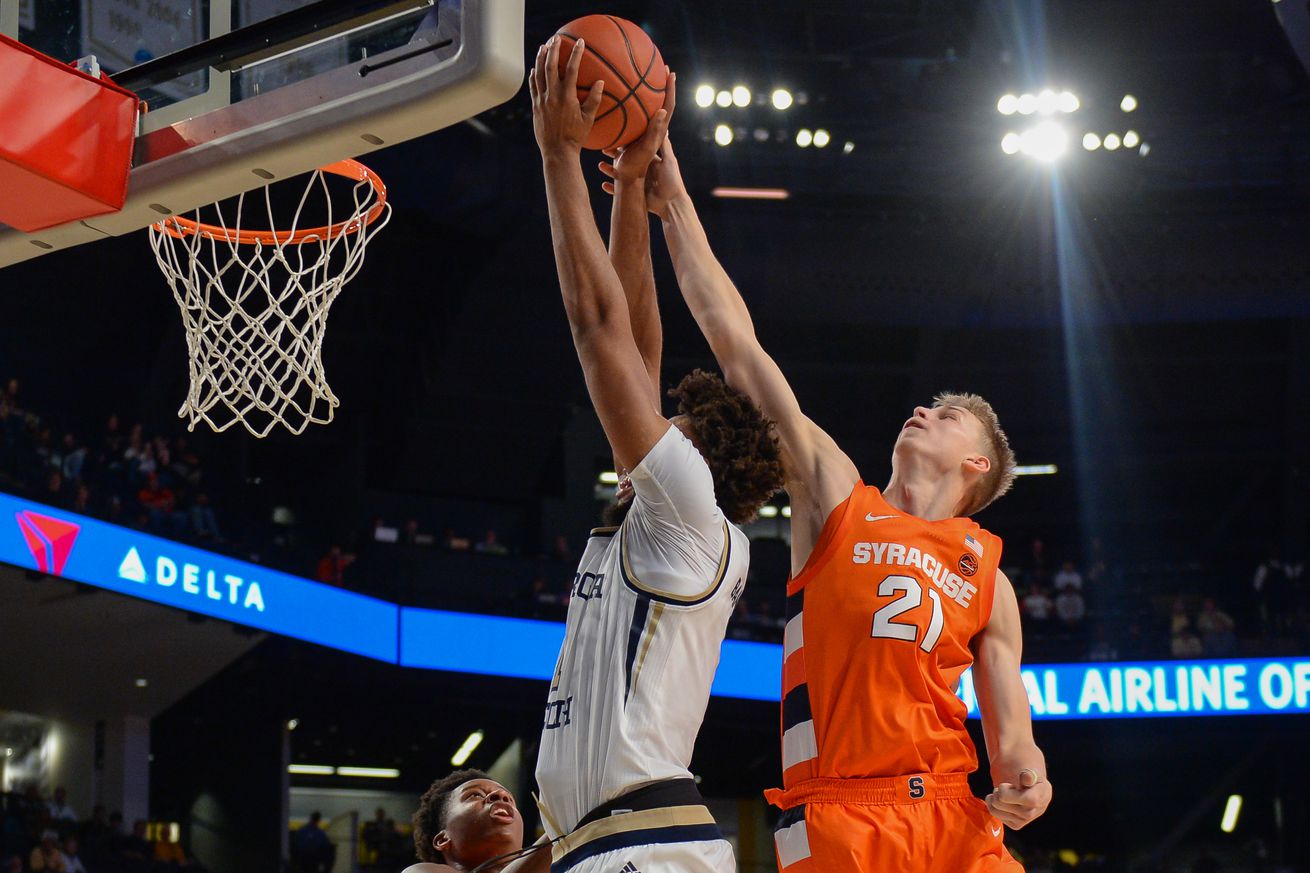 The Syracuse Orange men’s basketball team will look to right the ship on Saturday after losing five out of its last six games. The Orange return to the Carrier Dome to host Georgia Tech for a 4 p.m. ET tip on Saturday for the antepenultimate home game of the season.

Georgia Tech has won five of its last seven games, including a win over the No. 11-ranked Louisville Cardinals. The Orange won the first meeting between these two squads, a 97-63 onslaught down in Atlanta.

With that, we preview the game with five things to watch, per usual.

The last time these two teams met, Elijah Hughes came firing out of the gate to the tune of four 3-pointers in less than three minutes. The hot shooting from Hughes gave Syracuse an early lead it would never relinquish.

That same shooting performance shouldn’t be expected in the rematch, but Syracuse started slow against Louisville. Look to see if Syracuse can come out hot to start against Georgia Tech.

In the first meeting between Georgia Tech and Syracuse this season, Buddy Boeheim shot well in the second half, similar to how Hughes did in the first. Boeheim went on to pour in a career-high 26 points on 6-13 shooting from beyond the arc.

Boeheim is averaging 8.3 points over his last three games, although he did find a bit of rhythm toward the end of the first half against Louisville. Look to see if the coach’s son can get back on track against Georgia Tech.

Georgia Tech is a different team with Jose Alvarado in the fold, and no I’m not talking about the Tampa Bay Rays relief pitcher. The Yellow Jackets are significantly better on the defensive end with Alvarado as the head of the snake. He missed the first meeting against Syracuse with an ankle injury.

The Orange also recruited Alvarado, a gritty guard out of New York City. Syracuse will have a tougher time generating offense with Alvarado in this matchup.

Freshman forward Quincy Guerrier has been better about not fouling of late. He’s only recorded six fouls over his last three games, but his front-court counterparts need to do a better job of restraining themselves from fouling.

Bourama Sidibe averages 4.1 fouls per game. He’s recorded at least four fouls in every game since the first meeting between Syracuse and Georgia Tech on Dec. 7, save one game against Boston College.

Marek Dolezaj has averaged 4.3 fouls over his past six games, fouling out in half of those contests. It’s no coincidence that Syracuse is 1-5 in its last six games with Dolezaj unable to play his usual minutes. The Orange lost close games to Clemson, Duke and NC State with Dolezaj plagued by fouls. When the junior sat in the first half of the Florida State game with three fouls, FSU went on a 14-4 run to close the half.

The Orange can’t afford to have its front-court players in foul trouble against Georgia Tech.

Perhaps surprising to some, Jim Boeheim is 2-3 all-time against Josh Pastner. Boeheim was just 1-3 against Pastner prior to the win this season. A win on Saturday would even the Boeheim-Pastner series at 3-3. It would also put Jim Boeheim as 7-6 all-time against Georgia Tech. Boeheim has coached against four different Georgia Tech coaches throughout his career, the first a 1985 NCAA Tournament loss to Bobby Cremins.