Despite overall ACC success, Louisville has struggled with the Coastal Division - SCACCHoops.com

Despite overall ACC success, Louisville has struggled with the Coastal Division

Why? Your guess is as good as mine. 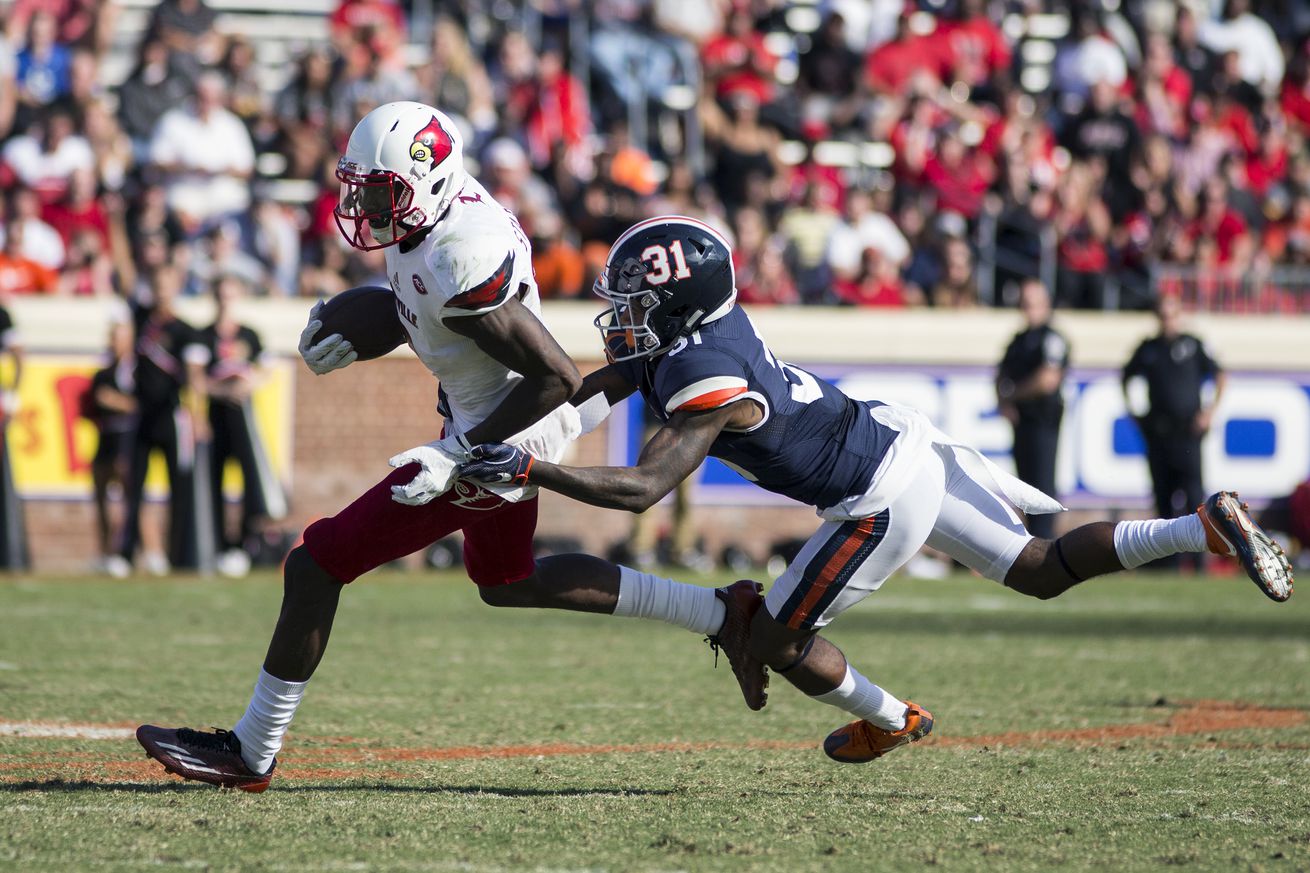 Perhaps the most impressive thing about Louisville’s first three years in the ACC has been the Cardinals’ ability to handle their business within the Atlantic Division.

Yes, U of L has gone just 1-5 against the power couple of Florida State and Clemson, but against the “other” faction of the division, Louisville has been flawless. Since 2014, the Cardinals are a perfect 12-0 against the Atlantic quartet of NC State, Syracuse, Boston College and Wake Forest. Sure, U of L was favored to win all but one of those games (at NC State in 2015), but not having a single hiccup in three years against the division opponents you’re “supposed” to beat is still an applause-worthy accomplishment.

Despite being widely-regarded as the weaker of the ACC’s two divisions, life for Louisville against the Coastal has not gone as swimmingly.

U of L was fortunate to land Virginia as its cross-division constant during a stretch where the Cavaliers have been among the least successful programs in the league. That hasn’t mattered in the three head-to-head meetings between the two teams, where UVA pulled an upset of a ranked Louisville team in 2014, and then nearly pulled off similar shockers in 2015 and 2016.

As for Louisville’s rotating Coastal opponents, there have been issues there as well. The Cardinals hammered Miami to kick off the 2014 season and the second Bobby Petrino era, but then gave up 45 points in a road loss to Pittsburgh a year later. Last season, David Cutcliffe’s Duke Blue Devils frustrated the U of L offense like no team before them, holding the Cardinals to 24 points in a game the home team had been favored to win by 35.

Louisville’s ACC sample size remains small, but the Coastal struggles are still weird. The Cards haven’t lost to an Atlantic team outside of Florida State or Clemson, but are an ugly 4-2 in six games against the Coastal, and five of those six Coastal Division teams finished their respective season with a losing record.

If the Cards go out and smoke North Carolina on Saturday and Virginia later this year, then this whole “thing” will be over. If they don’t, then it will officially exist as a bizarre trend that’s difficult to explain.