Which ACC Coastal Division games are the biggest of the weekend? 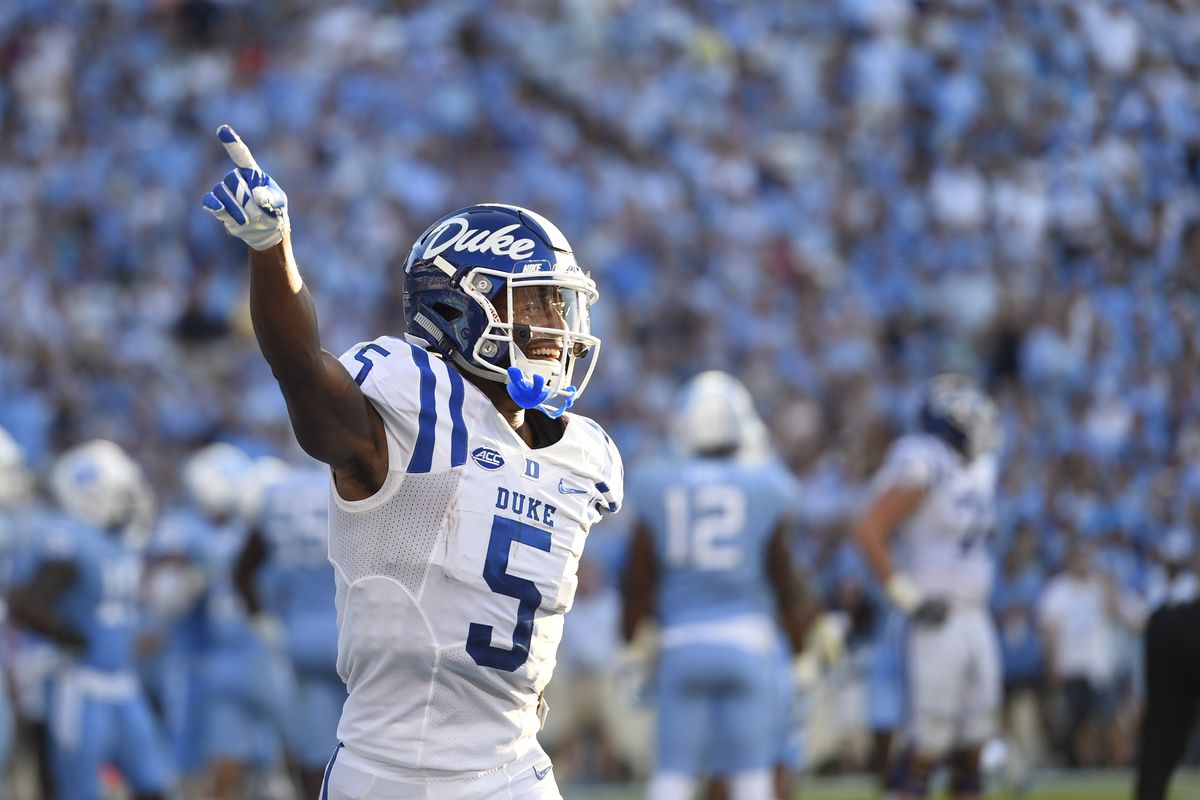 Through four weeks of action, the college number of unbeatens has dropped from 130 to 24. With four games between unbeaten teams this week, that number is guaranteed to drop to at least 20, if not more.

Two of those games take place among Coastal teams, so we will get to those in a bit. The other two involve a top 25 throwdown and a makeup from the effects of Hurricane Irma.

First up is the American Showdown between Memphis and UCF.

Both teams have up and coming head coaches and each could use this game to further showcase their talents. Memphis looks to be the favorite having already beaten UCLA earlier this season.

The other match-up involves the Pac-12. USC and Washington State are both looking to make statements in this battle between ranked teams.

The Trojans are looking to get things going and end perceptions they are a flawed team overdue for an upset. The Cougars meanwhile are trying to get that big marquee win as they attempt to make another run to the top four.

Additionally, there is another top 25 meeting in the SEC where Mississippi State takes on Auburn. Both teams have a loss, but both also have a chance to further raise their profile as a potential roadblock to SEC West favorite Alabama.

So with all the national stuff taken care of, let’s dive into the three impact games in the ACC Coastal, starting with one of those two involving two undefeated teams.

The last time Miami played at Duke it seemed as though the Blue Devils had pulled the upset over the Hurricanes. What happened next will forever be remembered as the lateral six, a play that changed Duke’s season and raised questions about ACC officiating.

Things going for the Hurricanes: Mark Walton. In two games this season Walton is averaging 176 yards per game. He is also averaging 13 yards per carry and has three touchdowns on the season.

Miami has relied on Walton to take pressure off the passing game and to control the tempo.

Things going for the Blue Devils: Duke’s run defense. Duke ranks second nationally against the rush. The Blue Devils are allowing a meager 2.3 yards per rush and teams have only scored three rushing touchdowns against them.

Miami might be built to run, but they are playing a team built to stop it.

That play referenced in the intro started a tailspin in Durham that took the Blue Devils a season and a half to get out of. Starting with that contest Duke would go on to lose 12 of their next 18 contests.

Meanwhile, Miami has not played a road game this season because of Hurricane Irma. The Hurricanes have also not played a Power five team this season either. Duke’s defense is legit, so it is absolutely possible the Blue Devils exercise all their demons this time around.

North Carolina has won three-straight games in this series. However, Georgia Tech clearly looks like the better team this time around.

Can the Tar Heels pull off the upset and make it four in a row or will the Yellow Jackets get the series going back in their direction?

Things going for the Tar Heels: The Road. UNC is 9-1 in their last 10 true road games. The only loss came by one at Duke last season. Their only win came on the road this season.

As bad as the Tar Heels have been recently, they seem to play better away from Kenan.

As if that wasn’t enough, they are going up against a UNC defense that ranks 87th against the run while allowing over 175 rushing yards per game and 4.5 yards per carry. Paul Johnson might be drooling over this match-up.

I’m not really sure how this can go any other way than a Georgia Tech win. It just seems perfect. But then again UNC keeps finding ways to win on the road, so maybe they can pull out one more miracle.

However, in the end, the loss of Andre Smith will probably be felt in this game as much as any for the Tar Heels.

This is a rematch of last season’s ACC Championship game. Will the results be the same or can the Hokies get revenge?

Things going for the Hokies: Virginia Tech’s Passing game. The Hokies have been slinging it so far this season.

Josh Jackson leads all ACC quarterbacks in yards per attempt and touchdowns thrown.

His go-to receiver, Cam Phillips, leads all ACC catchers in receiving yards and is third in receptions.

Clemson has only faced one team ranked in the top 75 in passing this season. In that game, the Tigers allowed 317 passing yards and three passing touchdowns. This could be an opening for the Hokies.

Things going against the Hokies: Clemson’s defense. The Tigers defense is easily one of the nation’s best. It currently ranks third nationally in both passing yards and points per game.

As was noted in the TCU-Oklahoma State game, a good defense can take care of a good offense and the Tigers are definitely the best defense the Hokies have seen.

This could cause some problems for Virginia Tech who has run up their numbers against teams ranked 98th, 107th, and 130th in yards allowed.

Virginia Tech is tough to beat at home. However, they haven’t really played stellar teams so far this season either. This is a tough one to call.

If everything plays out even, the Hokies probably have the edge at home. If anything tilts Clemson’s way the Tigers have the talent to blow this one out, much like they did to Louisville.

With Virginia on a bye this week, that does it for ACC Coastal teams. So sit back and relax and enjoy the football season before it is gone.

This article was originally published at https://keepingitheel.com. If you are interested in sharing your website's content with SCACCHoops.com, Contact Us.
Categories: Clemson, Duke, Football, Georgia Tech, Miami, Pittsburgh, UNC, Virginia Tech