Despite missing its starting point guard and getting off to a horrendous start, Louisville still managed to give one of its most impressive overall performances of the season Thursday night at the KFC Yum Center. 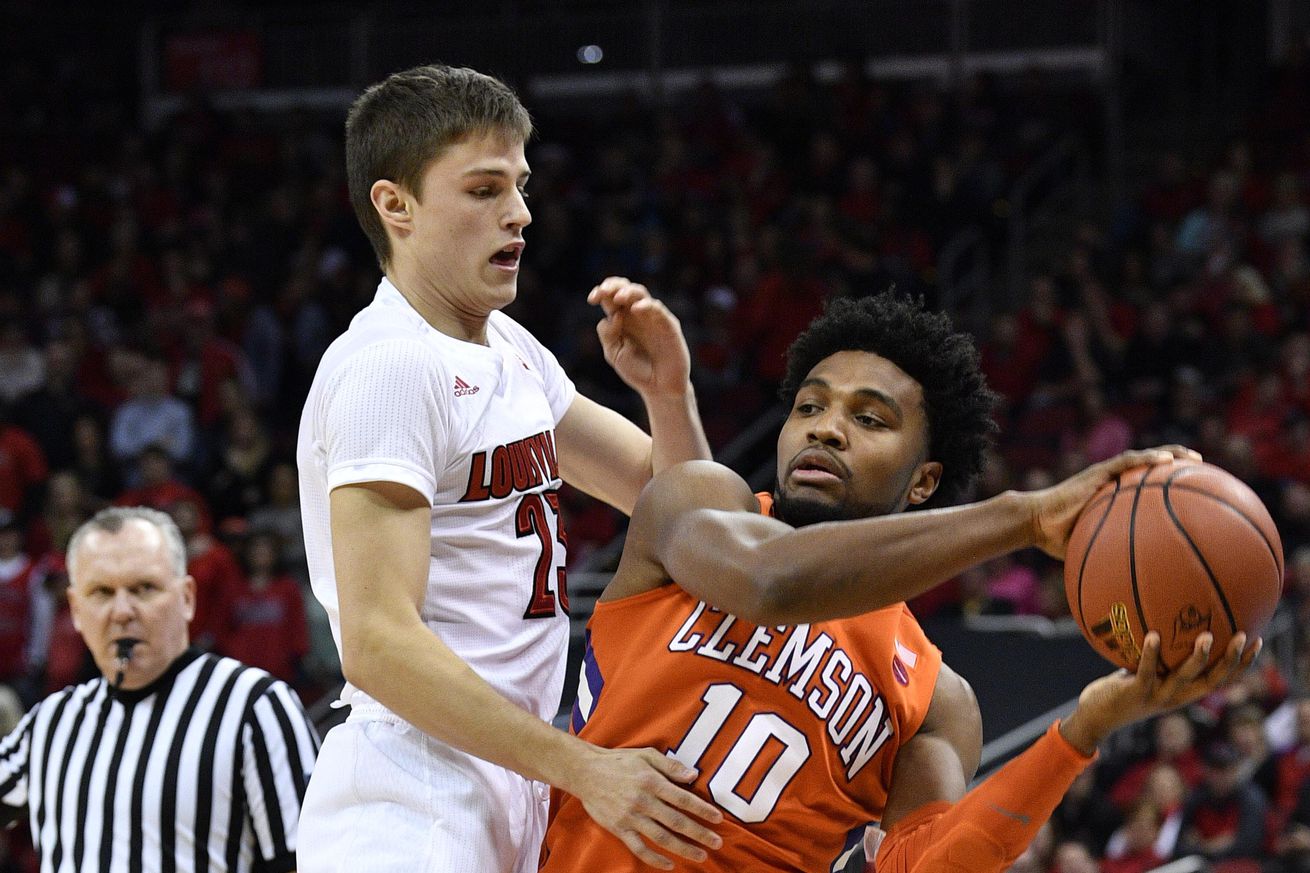 The Cardinals shot a scorching 63.0 percent from the field in the first half and 56.3 percent for the game as they destroyed visiting Clemson, 92-60. Donovan Mitchell hit all eight of his first half field goal attempts and finished the game with 18 points, the same total that fellow sophomore Deng Adel achieved.

V.J. King, made his third start of the season because of the absence of Quentin Snider, turned in his best offensive performance in weeks, netting 14 points on 5-of-8 shooting. Mangok Mathiang also continued to break out of a bit of a conference play funk, scoring 12 points and grabbing eight rebounds while playing his most minutes in weeks.

It was also an impressive evening for Jaylen Johnson, who notched a double-double 12 points and 10 rebounds. The evening ended on a sour note, however, as he was ejected from the game following an exchange with Clemson's Elijah Thomas. Thomas was also ejected.

Outside of that, this was about as enjoyable an evening as we've had all season long. Seven guys had really impressive performances, the two guys who needed to step up the most in Q's absence did so remarkably well, and Louisville beat a top 30 RPI/Ken Pom team that should have knocked off North Carolina and Notre Dame by 32. That is a cool thing.

Rick Pitino's thoughts on the game

This article was originally published at http://www.CardChronicle.com (an SB Nation blog). If you are interested in sharing your website's content with SCACCHoops.com, Contact Us.
Categories: Clemson, Louisville, Notre Dame