We could be getting a new ACC Football schedule model as soon as 2023 - SCACCHoops.com 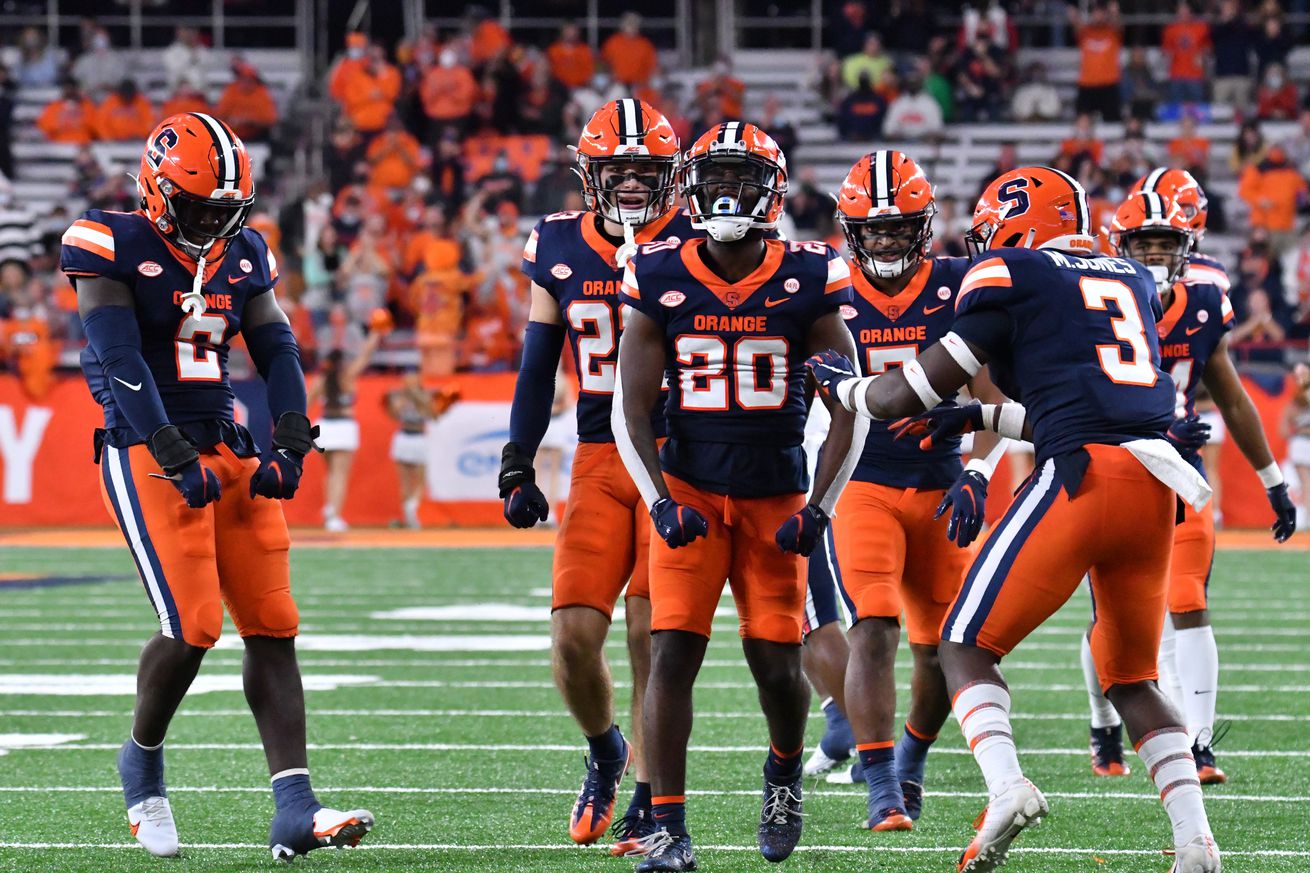 More future Syracuse Orange scheduling news emerging from the ACC meetings on Amelia Island. This time it’s the football side of house and on the heels of the NCAA recommendation to ease FBS Conference Championship restrictions the ACC is preparing to move on from the two-division model.

Sources: Under discussion this week at ACC meetings will be the future of scheduling, including the potential to eliminate divisions as early as 2023. This was discussed last week on calls to set up the meetings.

According to Thamel, a couple of the models being discussed are schools having three permanent rivals with the other programs rotating every other year and a two permanent opponents model with six teams rotating on and off, in the same manner. Both of these models would allow every ACC team to host every other ACC team every four years which would correct a major complaint with the current set-up.

Since joining the league it’s been unfortunate luck for the Orange that the ACC has been dominated by Florida State and Clemson, while the Coastal chaos has been real and allowed those schools more opportunity for success. Mixing things up sure seems like a benefit for Syracuse in terms of competitiveness in the league.

If some of these ideas look familiar then you must remember some previous work John did around the pods and permanent rivals. While it makes sense that Syracuse would land with some combination of Pitt and BC in these approaches, it would be boring to just lump in schools by geography so we’ll toss our own ideas in the ring.

Traditions are important to consider in these permanent rival structure but it’s also something that the ACC should look to evaluate. These games provide some balance to the schedule while also using the basketball philosophy of having your expected top schools face each other more frequently. You can balance the rotating “non-rival” schools so teams get one trip to Florida every other year and fans should be happy they don’t have to wait six or seven seasons to see a conference opponent travel to face them.

I’m sure some Syracuse fans would like to see some other annual games but let’s be honest BC and Pitt are the ACC schools the Orange should face most often and Virginia gives a fresh third rival and feels like a program that is on a comparable level. Changing from the divisions adds a bit more interest as fans won’t be sick of seeing the same schools each year. The ACC offers some good road trips for fans so seeing Syracuse play at these schools every four years should offer appeal for those of you who like to hit the road in the fall.

Which schools would you like to see as Syracuse’s permanent football rivals?

This article was originally published at http://nunesmagician.com (an SB Nation blog). If you are interested in sharing your website's content with SCACCHoops.com, Contact Us.
Categories: Clemson, Florida State, Football, Syracuse, Virginia