Articles from around the ACC Blogosphere 11/5 - SCACCHoops.com

Articles from around the ACC Blogosphere 11/5

We’re in the homestretch of the football and the basketball season is just around the corner. This is my favorite sports time of the year when there is college football and college basketball on. ACC Bloggers – What’s happening? 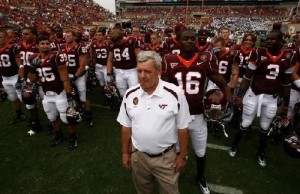 ShakintheSouthland is starting to get the sense that the Clemson program has turned the corner as program ever so slightly. I think there’s some truth to what they are saying. Clemson is not just winning ACC games they are dominating them. In Clemson’s 5 ACC wins they are outscoring their opponents 45  - 22. The closest games is a two TD win at Boston College. Before we heap to much praise on Clemson though, they’ll get their chance to prove they’ve really turned the corner if they can beat South Carolina at the end of the season.

StatefansNation is ready for a new coach at NC State after the meltdown against Virginia. If you’ve read my blog, you know I’ve never been that high on O’Brien, so I’m not arguing.

TarHeelFanBlog has a profile on guard Dexter Strickland as he returns from injury.

Gobblercountry has a Virginia Tech primer for their big game against Florida State Thursday night. In a forgettable season for the Hokies, they might be able to salvage something out of the year with a win.

Was Georgia Tech’s win at Maryland a sign of a late season winning streak or just a one game blip? That’s the question being asked by FromtheRumbleSeat. Hard to say, but I do know the Jackets should keep giving QB Vad Lee significant minutes.