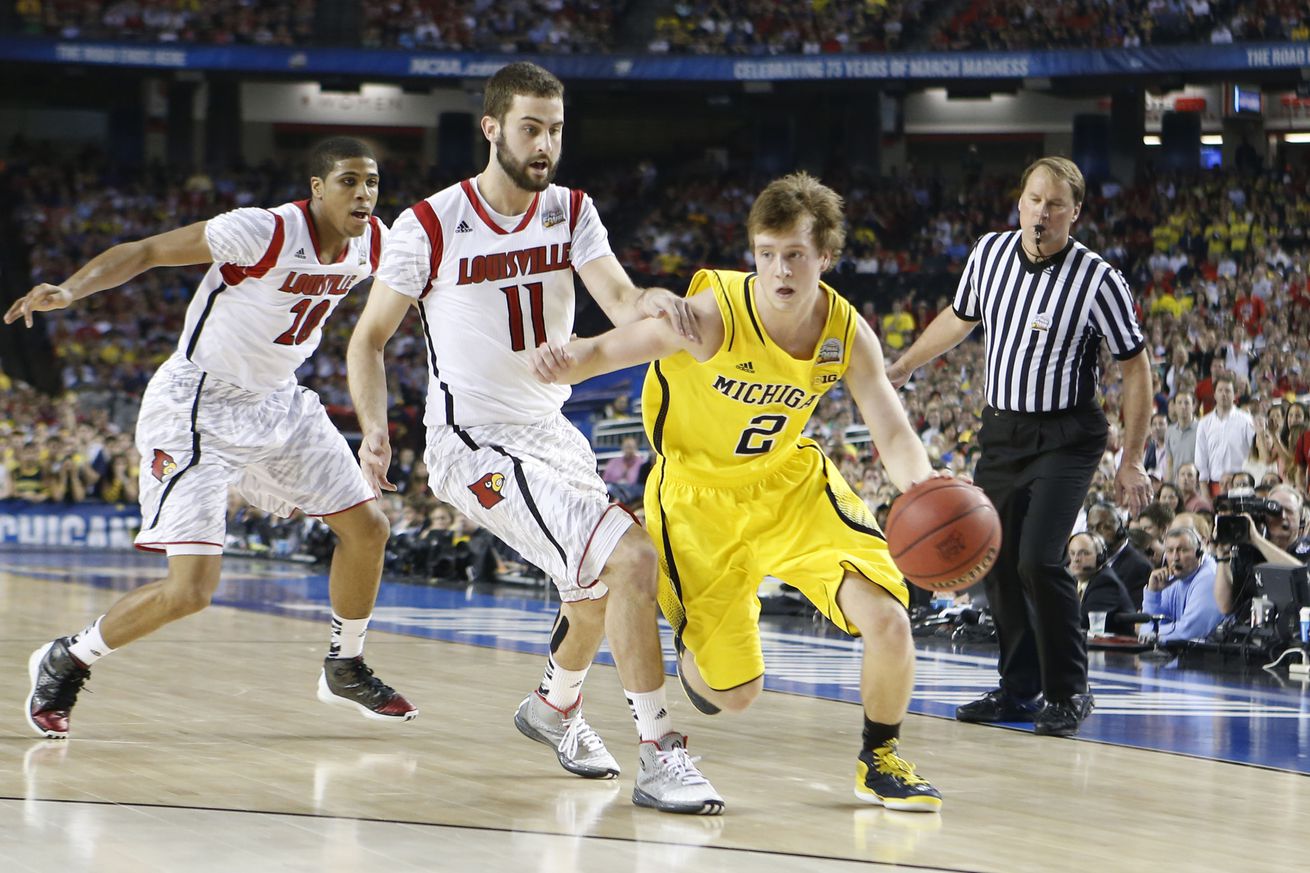 The newest member of the U of L men’s basketball coaching staff is a name that should be familiar to pretty much all Cardinal fans.

Spike Albrecht, who went shot-for-shot with Luke Hancock in the 2013 national championship game, will be a grad assistant at Louisville for the 2020-21 season.

Albrecht, who entered the 2013 title game averaging 1.8 points and 8.0 minutes per game in his freshman season at Michigan, exploded for four first half three-pointers and 17 points in the game’s first 20 minutes. He didn’t score in the second half, but his status as a March Madness legend was already solidified.

Louisville won the game. You can watch in on YouTube.

Albrecht never averaged more than 7.5 points per game for the Wolverines, and transferred to Purdue for his final season in 2016-17. He squared off against Louisville again that year, playing nine minutes and not scoring a point in a 71-64 Cardinal victory.

Based on multiple accounts from Cardinal fans, it seems like Albrecht has always been a great sport about his status as a pseudo-Louisville legend.

@CardChronicle we met spike albrecht in Ann Arbor and thanked him for the ring pic.twitter.com/iui2Kj8vWw