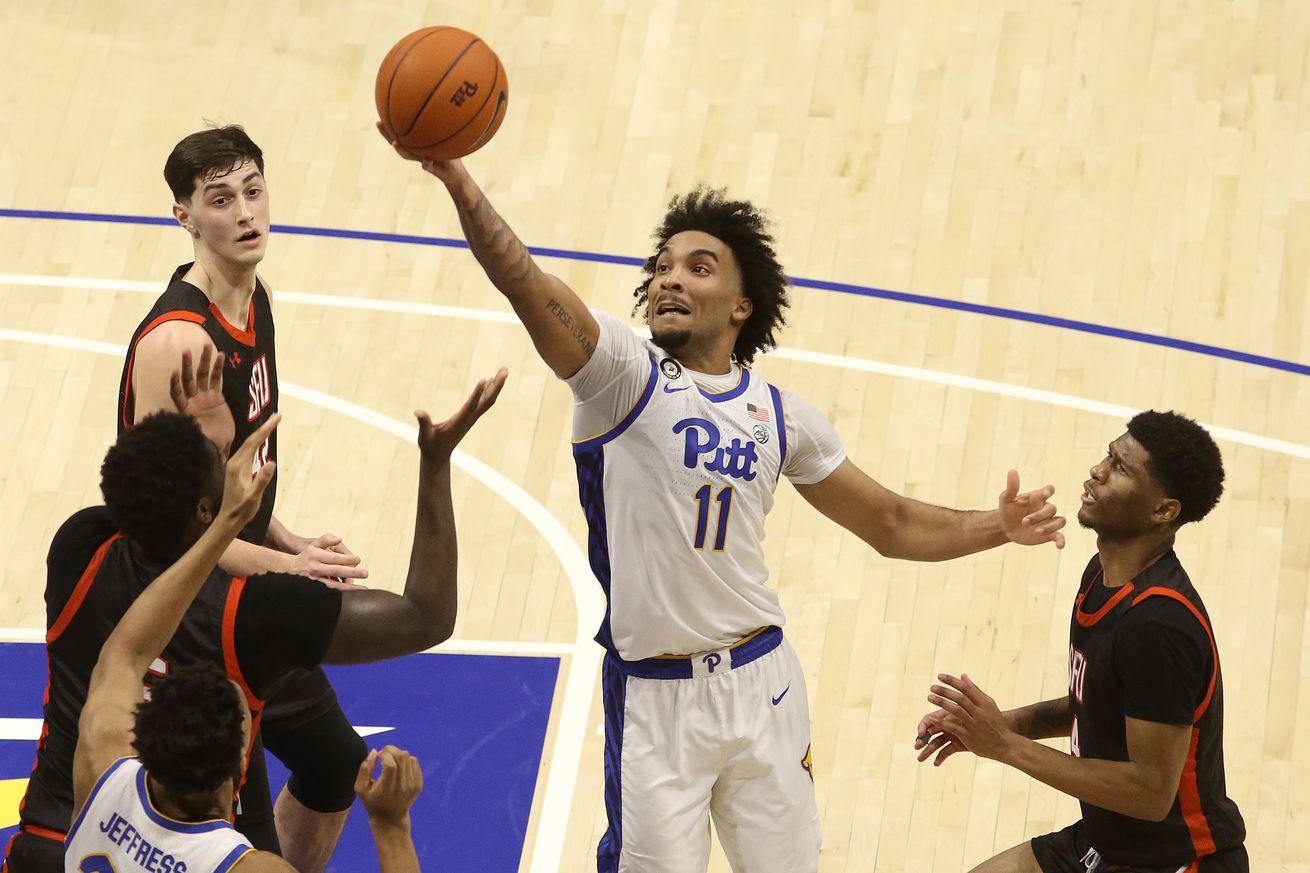 The Pitt men’s basketball team was shocked by St. Francis, 80-70 and you could practically feel the air come out of the tire. What an unbelievable letdown.

While the Panthers were picked to finish 13th in the ACC, fans quietly hoped Pitt could contend for an NCAA Tournament berth this season — Jeff Capel’s third year leading the program as head coach. But while this was only one game, the NCAA seems light years away at this point.

If you watched the game, you noticed a familiar theme from the past few years. And that’s that the Panthers still can’t shoot. Au’Diese Toney had a strong game with 20 points on 8-11 shooting with 11 rebounds. But after that, it was slim pickings. Justin Champagnie had 12 and seven points, but shot only 5-16 from the field. Xavier Johnson (nine) and newcomer John Hugley (seven) added a combined 16, but that pair shot only 5-19. It was a similar theme up and down the lineup and, altogether, the Panthers shot only 40% from the field. That included shooting only 6-24 from three-point range.

St. Francis was incredibly hot, scoring 46 points in the first half. They ultimately cooled down but still played Pitt to a virtual tie in the second half, easily winning the game. The offense was problematic but the defense was just as bad.

As I wrote in the preview earlier today, the team is recruiting better players. That’s the good news. But just as getting interior help was a focus for this season, it’s clear that the Panthers need to start finding sharpshooters. Opener or not, shooting so poorly against a team like St. Francis is alarming.

One thing I want to see is a shot chart. During the game, the overwhelming impression I got was that Pitt simply settled for way too many jump shots. This is a game where you would have preferred to see the difference in athleticism and see Pitt get the ball inside. There was a play where Pitt was trailing badly and Johnson drove into the paint for a layup past his defender. It was just like, why can’t we do more of that?

Oh, and it wasn’t just bad shooting. Turnovers were an issue and, all told, the Panthers had 23 of those. They also sent St. Francis to the free throw line more times.

I’m at a loss to explain where Johnson is. He nearly had a double double (nine points and ten assists) but shot 2-9 from the field and had seven turnovers. He struggled last year and this sort of a game again a weaker opponent isn’t terribly encouraging. At one time, we talked about potentially losing him to the NBA early. But if he keeps playing like this, you have to wonder if he can even keep his job. Despite the ten assists, that’s just a really substandard game.

One thing the Panthers did do was win the rebounding margin. Hugley was brought in to help the frontcourt in that regard and, despite not having a great offensive night, he did clean up on the glass with eight boards. He’ll be a solid player. Fellow freshman Will Jeffress quietly had a good game off the bench with seven points (3-5 shooting) and four boards.

But in general, it was a really ugly night.

This isn’t to suggest that the program isn’t headed in the right direction. But one game into this season it’s clear that the Panthers still have quite a bit to do.

This article was originally published at http://cardiachill.com (an SB Nation blog). If you are interested in sharing your website's content with SCACCHoops.com, Contact Us.
Categories: Basketball, Pittsburgh, Recap