For much of the game, Pitt did a great job against No. 15 North Carolina State. But it’s a 40-minute game and in the final minutes, the Wolfpack got hot from the field on their way to an 86-80 win. 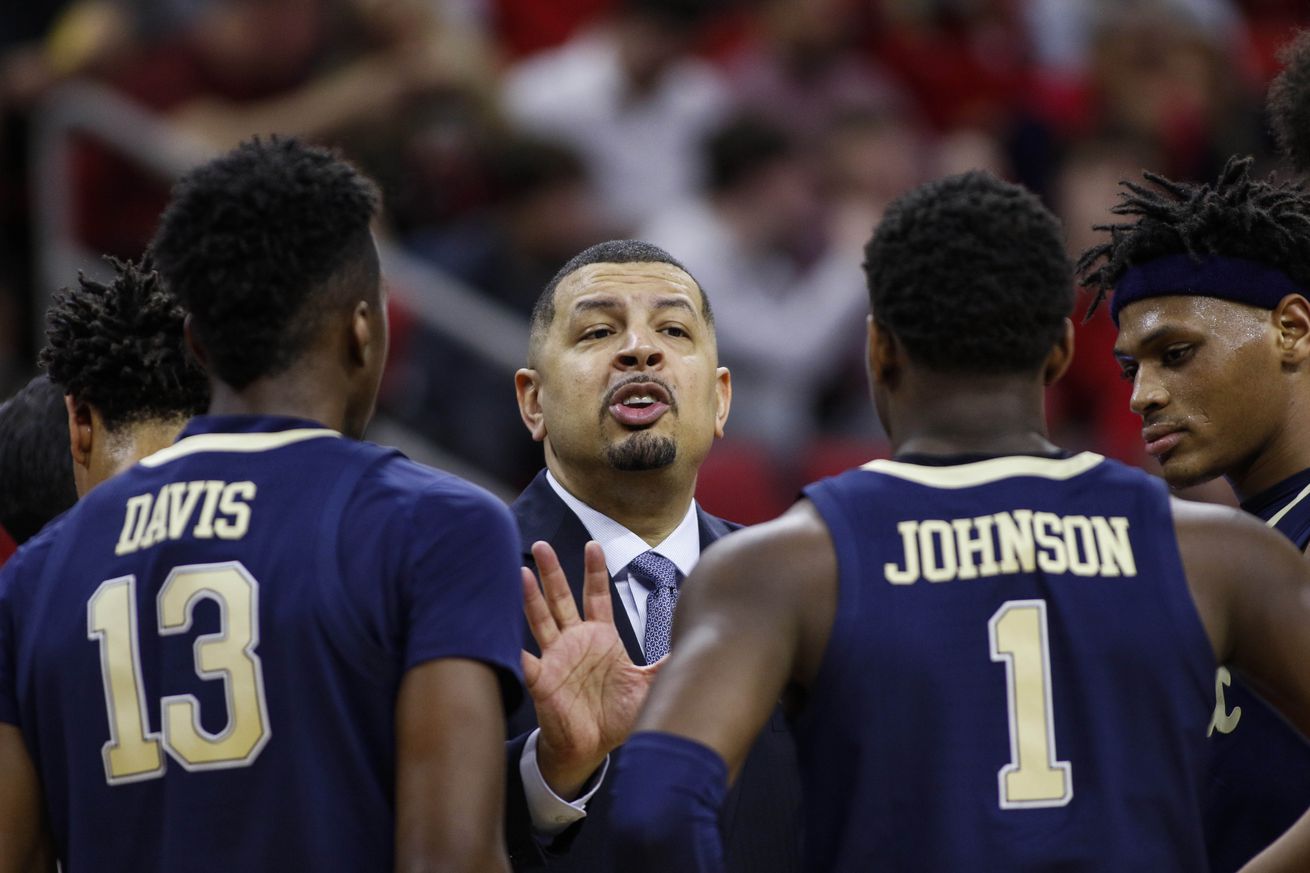 I went into this one with the assumption that Pitt was playing with some degree of house money here. The pressure of ending the ACC losing streak was over. The Panthers were on the road (and for the first time in conference), playing early, and facing a ranked team, to boot. In other words, it’s not really a game where you’d expect them to come out and win. Yet, there was Pitt, not only competing but leading for a good part of the second half. I remain a little stunned at just how well this team continues to play (and how tough they continue to fight) with so many young guys.

NC State simply got hot at the end and that was ultimately the difference as they had to come from behind to win. They really struggled shooting the ball much of the second half and then went on a 9-10 tear to close out the game. At that point, with about eight minutes left, Pitt had a three-point lead. The Panthers were right there and, a lot of times, games simply come down to who gets hot at the end. Pitt continued to score but couldn’t do it in the bunches that NC State was. That stuff just happens sometimes, folks, and you tip your cap to the home team as they made the right shots at the right time.

The game was surprisingly chippy for two schools without much history between them. Sure, these are conference teams. And NC State is a Top 15 team with big expectations. But, I mean, these aren’t two schools that would be considered rivals or anything.

It started early in the game when NC State big man Wyatt Walker intentionally tripped Xavier Johnson after Johnson drove to the basket and Walker fouled him. I don’t know if Johnson said something to him or if Walker took offense to how Johnson was untangling himself by stepping over him. But whatever the case, Walker’s trip was blatant and just kind of odd. He was ejected and the intensity continued throughout the game for the most part.

The last time out, free throws were a killer for Pitt in their overtime win over Louisville. Today, things were much different. The Panthers were 24-28 from the line and, as mentioned during the broadcast, that was one thing that really kept them in it.

Xavier Johnson had 25 points but 12 of those points came in the last two and a half minutes or so after NC State was pulling away. Au’Diese Toney added 17 and he continues to impress. Jared Wilson-Frame, conversely, continues to frustrate with his maddening inconsistency. He was 1-10 from the field today and his lone basket came in the final minute in garbage time with the game decided.

It’s tough. There’s some value there because of his experience. And he’s contributed as a scorer, no doubt. Earlier this season, he looked like a different player. But he was an absolute mess shooting the ball today. In his defense, he made all nine of his free throws, which gave him 12 points. But he didn’t shoot well at all from the field. 2-10 against North Carolina. 5-16 against Colgate. He’ll go out and have good games but continues to prove that while he can score points, he’s not a real efficient shooter. He came into that game at 42% from the field but that number is sinking fast and he’s shooting 21% in ACC play.

For the last year and a half I’ve been trying to decide exactly what they can do with him and at this point, I still don’t know. You can’t not play him just because the depth has been so shallow. Maybe that changes once Sidy N’Dir gets back into form but Wilson-Frame has been more off than on lately and it hasn’t helped. The problem is when you’re playing with basically eight guys as Pitt had been doing, it’s very difficult to bench him.

That’s even more the case when Johnson continues getting into foul trouble and has to sit for a lot of minutes. Johnson played only 24 minutes today because of early foul trouble while Wilson-Frame had 33 and in an ideal world, you probably want those numbers reversed. But Johnson has to stay on the court and Pitt needs N’Dir getting back into form to realistically do that.

He hardly was the only problem today, though.

The Panthers gave up 21 (!) offensive boards today and that was a huge issue as they also lost the overall rebounding battle by ten. Reemphasizing the same theme over and over will only get more annoying. But there’s no way to ignore it. Terrell Brown is helping with improved play but is essentially fighting off 2-3 big men on his own every time out. Realistically, there’s only so much he can do. Until Pitt gets bigger inside, the Panthers are going to be giving up an awful lot inside against most teams. I’m just kind of resigned to the fact that it’s something the Panthers will have to overcome in almost every game. But 21 offensive boards is particularly egregious and that’s way too many second chances to be giving out to ranked teams — especially when your opponent is capitalizing on them as NC State seemed to do quite a bit of.

The Panthers also coughed up the ball 17 times. That many turnovers in a close game is just a killer. But again — young team playing their first conference game on the road. I’m not losing sleep over it.

And, of course, the biggest problem is NC State simply got hot late in the game to end it.

It’s a never-ending game of move the buckets, so to speak. It’s like a house that has a leaky roof. Leak in one spot, you use a bucket to contain the water. Another leak, you try to stop that one, too. And another, and another. Pitt fixed the free throw problem they had but still have other woes to attend to. And to win games, you’ve got to do more than contain just one problem. The turnovers. The rebounding. It’s all got to be fixed.

Still, despite it all, what you come away with two games into the ACC season is that Pitt will, at the very least, compete this year. That might not necessarily result in something insane like a postseason opportunity but these guys should be able to challenge a lot of conference foes for victories. They’ll lose their fair share but will probably find a way to steal a few along the way, too.

Unfortunately, things don’t let up as the Panthers will face No. 13 Florida State at home on Monday.

This article was originally published at http://cardiachill.com (an SB Nation blog). If you are interested in sharing your website's content with SCACCHoops.com, Contact Us.
Categories: Basketball, NC State, Pittsburgh, Recap