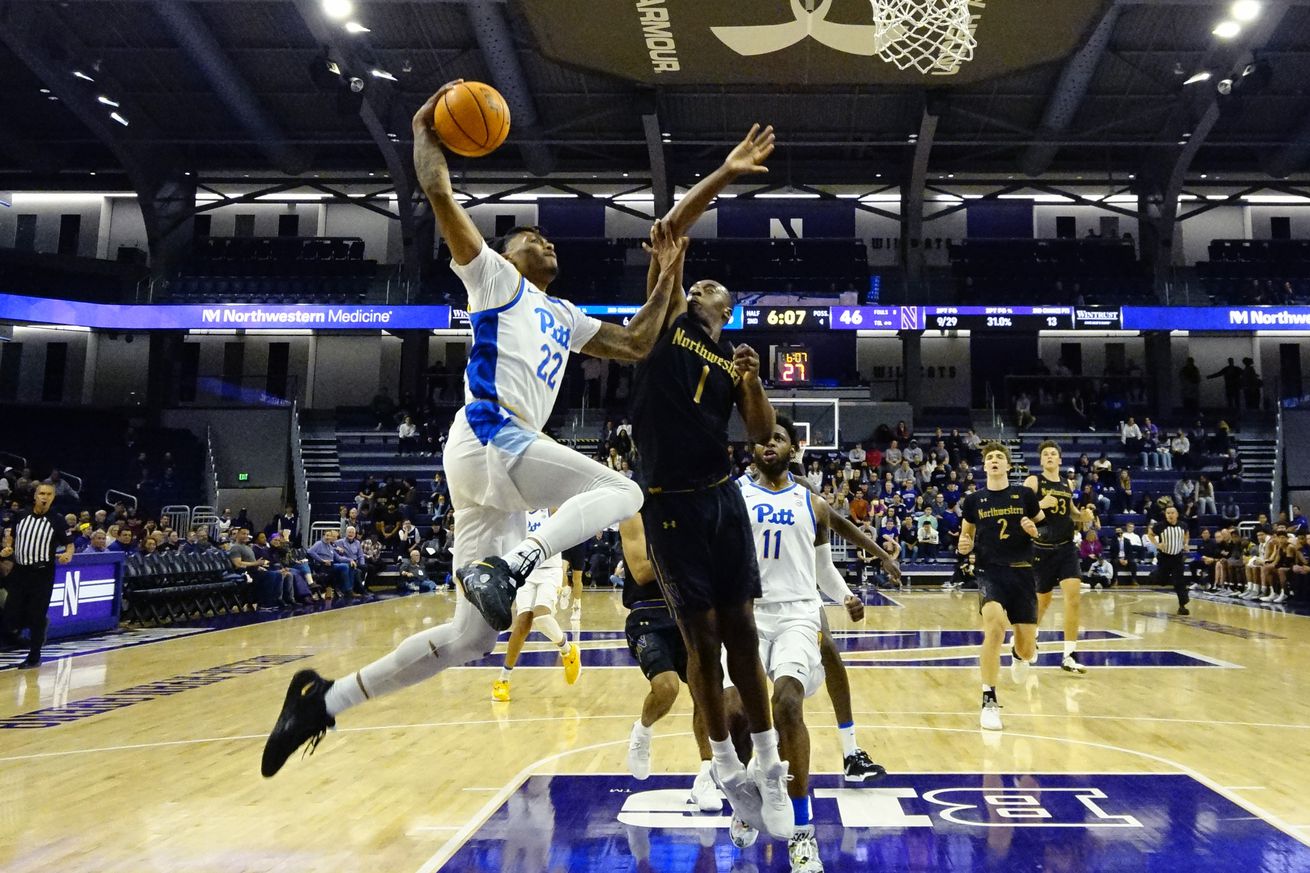 Well, that was enjoyable to watch. Pitt started ice cold, missing 10 of the first 13 shots from the field and three of their first four from the line. Northwestern led 10-8 with just under 11 minutes to go in the first half. It was shaping up to be another ugly first half performance for Pitt.

And then a switch was flipped. Pitt couldn’t miss from deep. Blake Hinson (4-5) Nelly Cummings (3-4), Greg Elliott (3-4), Nike Sibande (3-6) and Nate Santos (1-1) all contributed to Pitt’s 14 made threes, tying the most for the Panthers since at least 2010. They also made 14 against Wofford in 2012, McNeese State in 2017, and Northern Illinois in 2022. Percentage-wise it was their best long distance shooting performance since they went 9-14 against DePaul in 2013. The scorching outside shooting was needed as John Hugley could not get going in this one, going scoreless with one shot attempt in fourteen minutes. Two key 11-0 runs by Pitt were the deciding factors in the contest. After the cold start, both teams traded baskets. With the score tied at 16, Pitt took control to open up a 27-16 lead. Later, at the beginning of the second half, a Northwestern dunk cut the deficit to 40-30. The announcer even made a comment wondering if that play would spark the Wildcats to make a comeback. It did not. Nelly Cummings immediately answered with a jumper and Greg Elliott scored seven of the next nine points after that.

Next up for Pitt is an early ACC tilt with NC State on Friday night.

This article was originally published at http://cardiachill.com (an SB Nation blog). If you are interested in sharing your website's content with SCACCHoops.com, Contact Us.
Categories: Basketball, Pittsburgh, Recap, Video