Head coach Pat Narduzzi held his first game week press conference of the year on Monday. One of his areas of focus was the offensive line. And while others have major questions about how good that unit will be, Narduzzi doesn’t appear to be in that group. 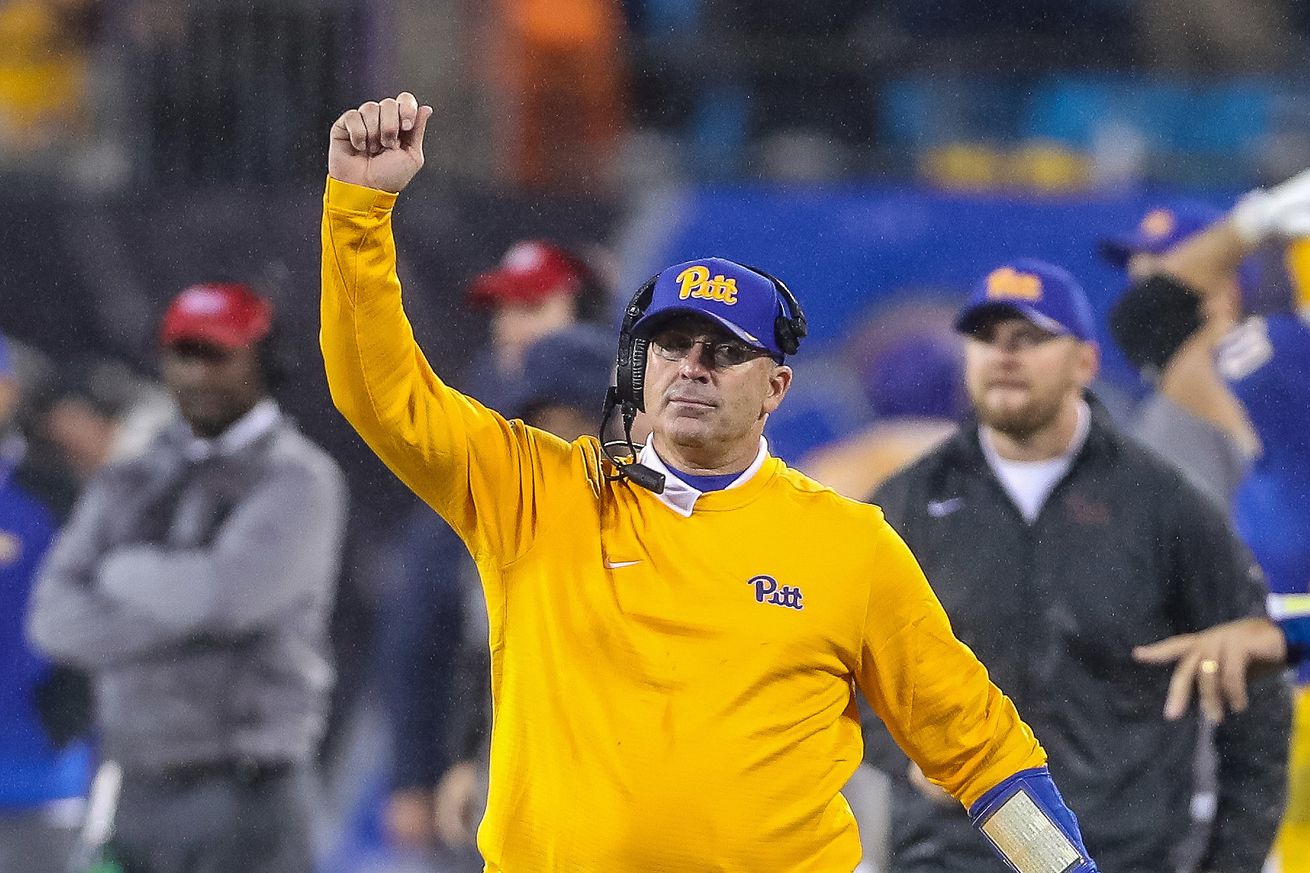 Narduzzi did exercise some degree of caution, stating that you can never be certain what to expect. But he also sounded very much like a coach that thinks the line will be pretty good.

“I feel comfortable with our offensive line, I really do,” Narduzzi said plainly. “I’m happy with those guys from the left tackle to the right tackle,” he continued. “Gabe Houy has been really special.”

The questions about the unit are deserved. This is, after all, a group that is replacing four of its five starters. But, as I mentioned in reviewing the depth chart, every starter is entering at least their third year with the program. Center Jimmy Morrissey is a returning starter. Guards Bryce Hargrove and Gabe Houy have a few starts between them. Tackle Nolan Ulizio started five games at Michigan before transferring. Left tackle Carter Warren is the biggest question mark with no game experience but even he has impressed.

And part of the reason Narduzzi likes this group is because of who is in the middle — the lone returning starter, Morrissey. Morrissey was recently named as one of the team’s captains and gives Narduzzi an added sense of confidence.

“With Morrissey in there, I don’t have any fear they’re all going to be on the right page, go in the right direction,” he said. “He’s obviously a key piece.”

The offensive line will need to protect quarterback Kenny Pickett. But they’ll also need to deliver for the running game as well. And, despite the talk of Pitt throwing the ball more, Narduzzi expects a heavy dose of running. Despite replacing two 1,000-yard backs, Narduzzi, in fact, says Pitt will still be able to run effectively.

“We’re going to be able to run the football, I guarantee that,” Narduzzi said.

He also even gave an idea of what kind of a breakdown to expect on offense. Well, that is, if you believe him.

It’s going to be interesting to see if that holds true. While that might even be the plan, plans can change. Pitt ran the ball an excessive amount last year when Darrin Hall rushed for three touchdown and more than 200 yards against the Cavaliers. If Pitt is having that kind of success, it’s hard to blame them if they keep doing the same thing.

The game plan could also change as the game goes on, obviously. If the Panthers find themselves behind, that could dictate a need to throw more. And of course situational downs, maybe more than anything else, are a factor.

But for now, Pitt seems like the game plan is to go in and run the ball often.

This article was originally published at http://cardiachill.com (an SB Nation blog). If you are interested in sharing your website's content with SCACCHoops.com, Contact Us.
Categories: Football, Pittsburgh