The Irish and Wildcats will play three games over the next three seasons, reviving a match-up between two storied programs that has been very fun to watch over the past 15 years 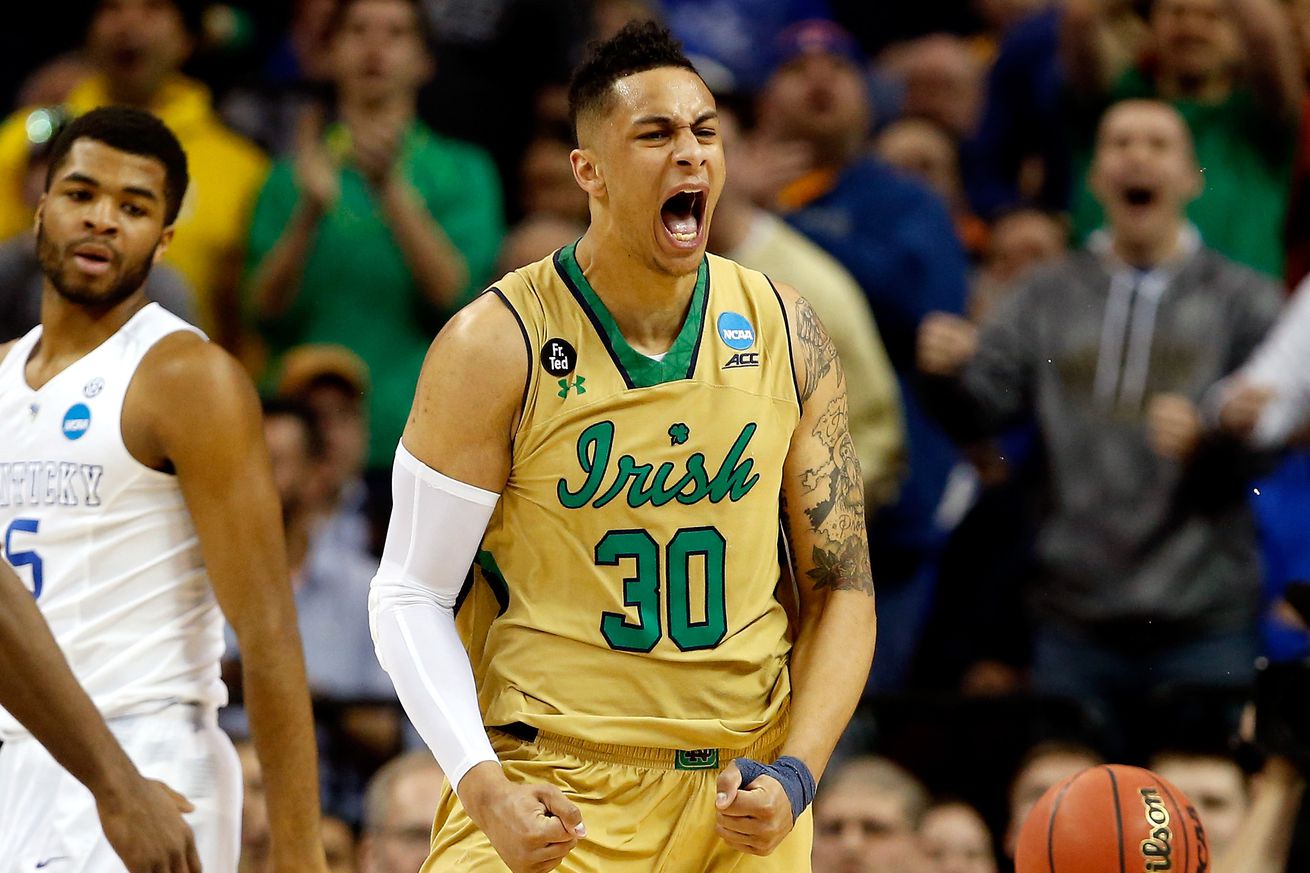 The Notre Dame Fighting Irish men’s basketball non-conference strength of schedule got a nice boost today, as the Irish and Kentucky Wildcats announced a 3-game series over the next 3 seasons.

ND will play the Wildcats at Rupp Arena in Lexington this coming December to get the series started, and will then have a neutral site game in 2021 before hosting Kentucky in 2022 at Purcell Pavilion.

The two storied programs (numbers 1 and 8 in all-time wins) have played 62 times since their first meeting in 1929, with the most recent meeting in the 2015 Elite Eight widely regarded as one of the best college basketball games in years.

The Wildcats were undefeated at the time and being hyped as potentially the best college hoops team of ever, but the best Irish team in more than 30 years took them to the brink, ultimately losing 68-66 in an incredibly fun game (albeit heartbreaking for Irish fans).

Mike Brey thinks games like the 2015 one make this newly-announced series very exciting, saying, “If our recent battles with Kentucky are any indication, these games should be appointment viewing for college basketball fans.”

“It is great to renew a series between two of the ‘blue bloods’ of college basketball,” Brey said.

Overall, Kentucky leads the series by A LOT with a 43-19 advantage, but it wasn’t always that way. Notre Dame won 6 of the first 7 match-ups before the Wildcats took off toward elite status with the emergence of Adolph Rupp as their legendary, championship-winning coach.

Recently, the Irish and Wildcats have split the last four meetings, as many may remember ND defeating Nerlens Noel and Kentucky at Purcell in 2012.

Overall, this is great news for a Brey program that needs to do a better job scheduling strong out-of-conference, early-season opponents to boost strength of schedule and hopefully tournament resumes, if they can get a win or two against teams like the Wildcats.

Even if not, it’s wonderful to see the Irish setting up some big non-conference games to get the team prepared for ACC and postseason play much earlier in the season, as December match-ups with teams like Kentucky will be excellent measuring sticks for where the team is and what they need to do to get back to the big dance.

This article was originally published at http://OneFootDown.com (an SB Nation blog). If you are interested in sharing your website's content with SCACCHoops.com, Contact Us.
Categories: Basketball, Notre Dame