VJ Beachem is alive and well as the Irish win another close ACC game. 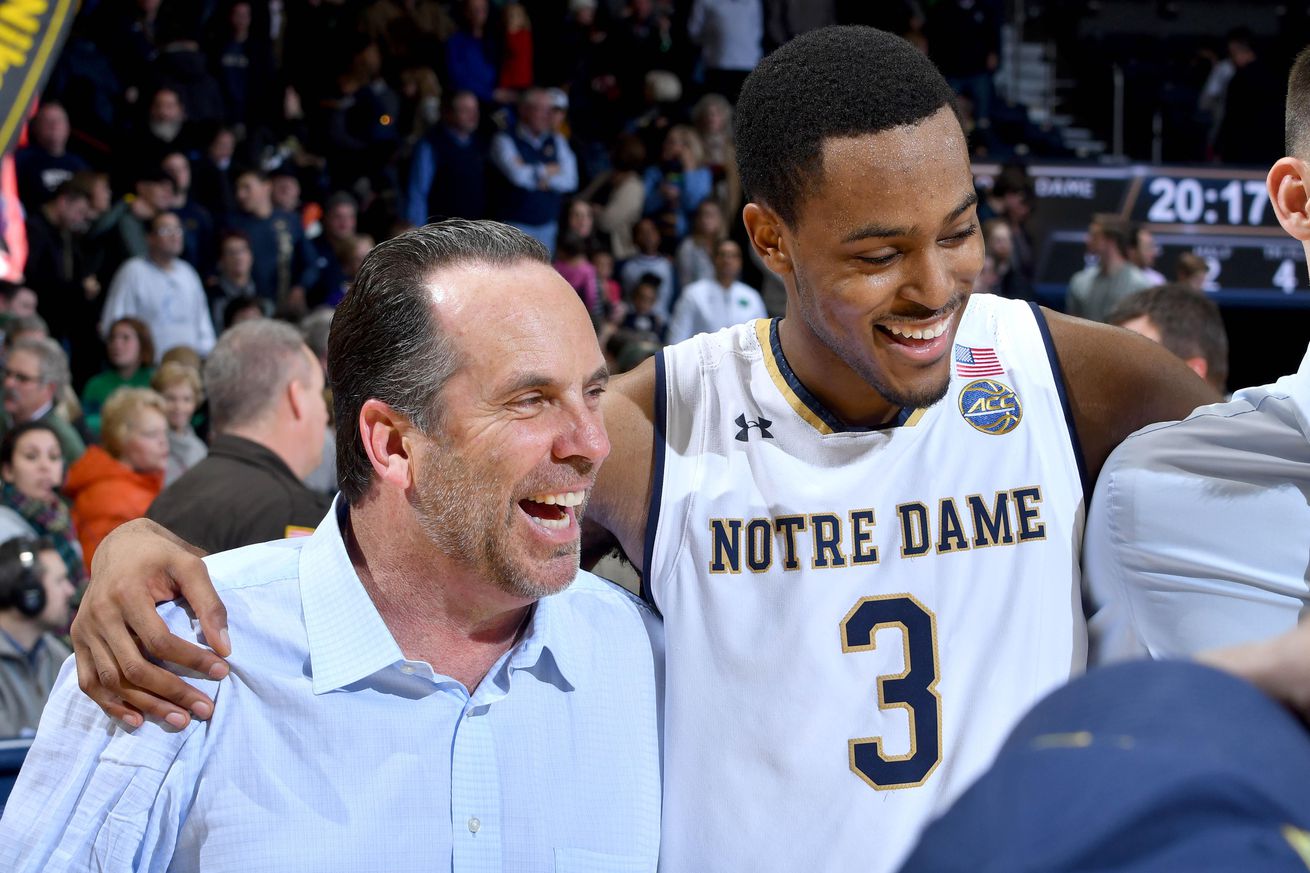 Finally, VJ Beachem has a reason to smile.

It didn’t look that way in the beginning, however. The Irish came out as cold as the weather on Saturday afternoon against Clemson, turning the ball over on their first four possessions. Notre Dame didn’t score until three minutes and 50 seconds into the game, and didn’t make a field goal for the first five minutes.

That first field goal, however, was a VJ Beachem three-pointer. Not only did it cut a 10-2 deficit, but also it signified that Beachem had awakened from his slumber. And he was hungry. Beachem would go six of 10 from three, leading the team with 22 points. Three games into the ACC slate, and Beachem is coming to life just in time.

It was a back-and-forth game full of ties and lead changes, and it felt like the Irish were playing up hill for the first half and much of the second. Both teams shot the ball well from the field: 49 percent for the Tigers and 47 percent for the Irish. Both teams shot a lot of threes, as well. Clemson was 7 of 18 from downtown, good for 38 percent. Lead by Beachem, the Irish chucked up 32 threes, making 18 of them, good for 47 percent.

No shot was bigger, however, than Matt Farrell’s three-pointer with nine seconds left and the Irish leading by two. With the shot clock winding down and Clemson opting not to foul, Farrell stepped into a shot from what looked like about 25 feet - and drained it. Another clutch play from the breakout Irish point guard, who had to atone a bit for some sloppy play in the first half.

Bonzie Colson tallied his 10th double double on the season, scoring 13 points and pulling down 12 rebounds. Vasturia followed up his outstanding performance against Louisville with 14 points, including yet another clutch three-pointer from the corner with under two minutes left.

That’s three ACC games, three close games, and three ACC wins for the Irish. The only other undefeated team left in the ACC is the 12-ranked Florida State Seminoles, who defeated the 21st-ranked Virginia Tech Hokies 93-78 today. The Irish and Seminoles square off in South Bend in just 11 days. In the mean time, we’ll have a chance to see if VJ Beachem is really back in the two games leading up to that contest - at Miami on the 12th and at home against Virginia Tech on the 14th.

This article was originally published at http://OneFootDown.com (an SB Nation blog). If you are interested in sharing your website's content with SCACCHoops.com, Contact Us.
Categories: Clemson, Florida State, Louisville, Miami, Notre Dame, Virginia Tech