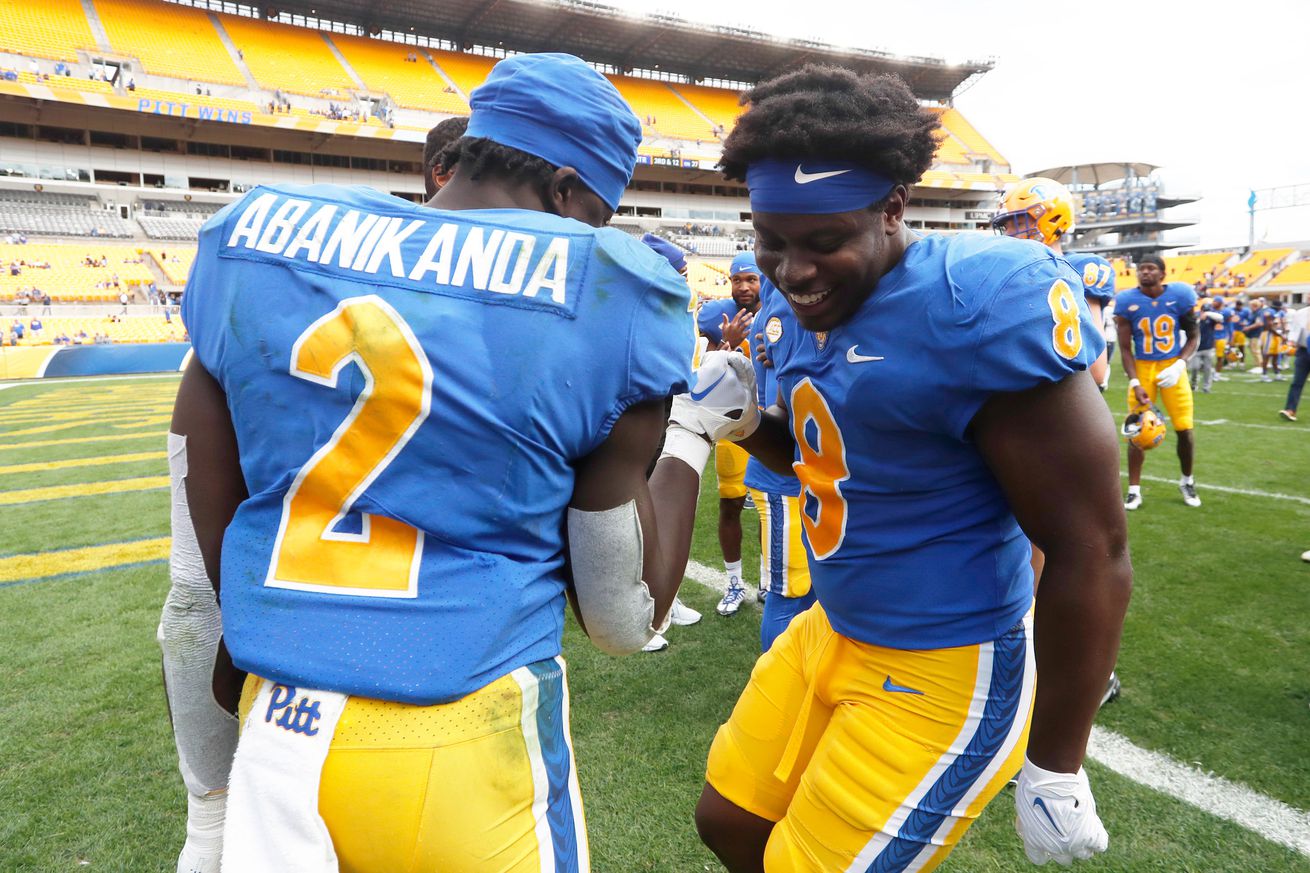 The Pittsburgh Panthers start their defense of the ACC title on Saturday night. The Georgia Tech Yellow Jackets will look to get right after a 1-3 start led to the dismissal of head coach Geoff Collins.

Weather: Rain is expected as well as chilly temperatures in the low 50’s high 40’s.

The Panthers will host the Yellow Jackets for the first time since 2018. Pitt visited Atlanta each of the past three seasons as the last game scheduled in Pittsburgh was moved because of the COVID-19 pandemic.

Georgia Tech fired their head coach Geoff Collins after a 10-28 record with the team. Collins was in his fourth year as the Yellow Jackets coach and Brent Key will serve as the interim head coach for the remainder of the year.

Israel Abanikanda has been electric for the Panthers during the past few weeks. Abanikanda leads the ACC in rushing yards and will look to continue that pace against a Georgia Tech team that has struggled against the run. The Yellow Jackets have given up 209.5 yards per game against the run. Pittsburgh’s offense will look to dominate in the trenches and continue to control the pace. The Panthers have the highest average time of possession in the ACC at 35:18 and should be able to keep that pace against Georgia Tech. While this matchup heavily favors Pitt there is one player on the Georgia Tech defense to keep an eye on. Linebacker Ayinde Eley has had a great start to the season. With 42 tackles, two sacks, two forced fumbles, and two fumble recoveries, Eley has been a force all over the field and someone that Pitt will need to keep attention on to prevent a momentum swinging play. With Georgia Tech giving up 31.75 points per game, this could be an opportunity to see Kedon Slovis and the passing game establish a rhythm that we have not seen yet this season.

Again this is a matchup that Pittsburgh will look to win the battle of the trenches. Pittsburgh’s defensive line will look overwhelm a struggling Georgia Tech offensive line and control the game against a team that is only averaging 13.75 points per game. Pittsburgh will have to stay disciplined against Jeff Sims, a dual threat quarterback that can make things happen on the ground. Sims was also able to throw for 359 yards and two touchdowns in their matchup last season, so Pitt will need to stay disciplined in their assignments against a quarterback that can move the ball on the ground and through the air. The Pittsburgh defense will have a chance to boost their sack numbers against a Yellow Jacket team that has allowed 11 sacks on the season. Overall Georgia Tech has struggled in all phases of offense and has been unable to move the ball against top 25 teams.

While mid-season coaching changes seem to provide a spark for teams pretty consistently, it’s hard seeing that resulting in a Pittsburgh loss. While Pat Narduzzi’s team may not cover the spread currently at 22, they should move into week 5 sitting at 1-0 in ACC play. The strengths of Pitt matchup with the weaknesses of Georgia Tech and while the ground game may frustrate some spectators who want to see more from the passing game, it should be the reason the Panthers go to 4-1.

This article was originally published at http://cardiachill.com (an SB Nation blog). If you are interested in sharing your website's content with SCACCHoops.com, Contact Us.
Categories: ACC Network, Football, Georgia Tech, Pittsburgh, Preview