Jalen Carey and Howard Washington set to transfer from Syracuse 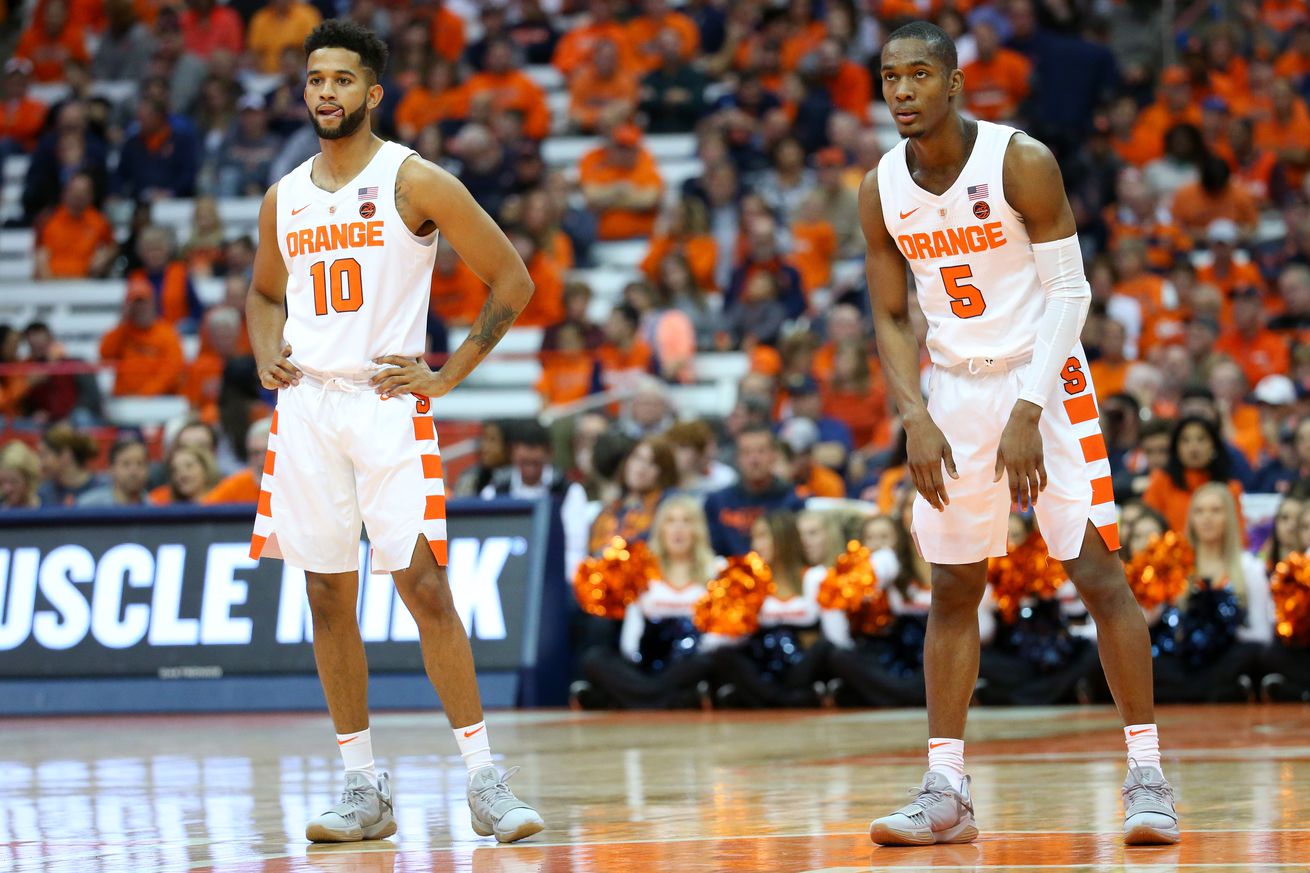 After Friday’s announcement that freshman guard Brycen Goodine would transfer from Syracuse, Adam Zagoria is reporting that the Orange will lose two more members from its backcourt. Sophomore guards Jalen Carey and Howard Washington will transfer from SU.

Jalen Carey, Howard Washington and Brycen Goodine are all transferring from Syracuse, per sources.

Carey began the season as the starting point guard for Syracuse, only to be supplanted by Joe Girard two games into the season. Carey subsequently underwent season-ending thumb surgery on Nov. 22.

Washington spent three years in the Syracuse program. After tearing his ACL in the 2017-18 season, Washington returned to Syracuse but suffered a stroke in the fall of 2018. He played in three games in 2018-19 before deciding to take a medical redshirt.

Washington played in 20 games for Syracuse this year, averaging 1.2 points and 1.2 assists in 7.4 minutes per game.

The Orange backcourt has lost three players to transfer. Syracuse will return two starters at guard from 2019-20 in Girard and Buddy Boeheim. Kadary Richmond, a 6-foot-5 guard, is expected to be a freshman at Syracuse this fall. Richmond is the No. 85 ranked player in the 2020 ESPN 100.