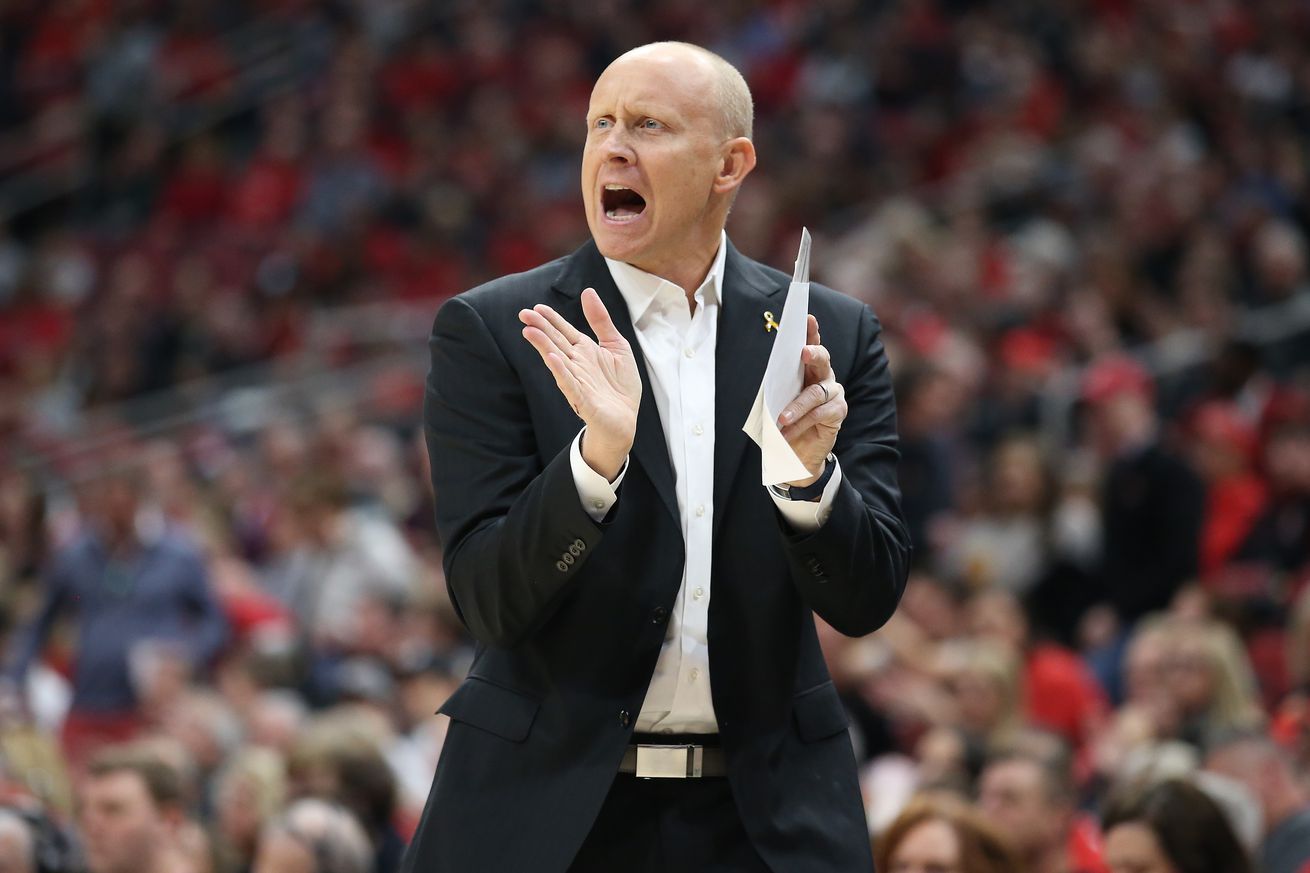 Chris Mack held a teleconference with members of the media Tuesday afternoon to provide some updates on the state of the Louisville basketball program.

Here are the highlights:

—On the bizarre current state of things:

“April is usually a time for us to do home visits, and to collect information on various AAU teams. This April, we were supposed to have two live periods. April is what we’re dealing with in the immediacy. Not just in recruiting, but with our own team and making sure our players are safe and that they’ve created a routine that we’ve helped them with back home. How it plays out with June in terms of high school camps, July with AAU, really remains to be seen. We’re going to have to follow the guidelines of whatever happens with the NCAA. In the meantime, we’re probably watching more film of high school kids than ever before. We’re on the phone like mad men, with grad transfers, traditional transfers, and high school kids.”

—On bringing in a graduate transfer guard (Carlik Jones from Radford) for a third straight season:

“In 2020, roster volatility is greater than it’s ever been, When I first got into this 20, 21 years ago, you traditionally had your four classes. Seniors graduated, incoming freshmen came in. With the advent of the graduate transfer rule, with kids opting to transfer more than ever before as either underclassmen or graduates, your roster is a lot more volatile than it was years ago. There may be some years where we take a grad transfer. I would hope that we’re not in that situation every year, but our job is to make sure that we put the best team on the floor that we can.”

“It’s my job to collect as much information as I can for Jay so that he, his dad and the people who care about him make the best decision that they can. I’ll be supportive of it either way. It’s very preliminary right now, because they still haven’t received the undergraduate advisory committee’s feedback yet. When they get that, they’ll probably have a better feel for what their intentions are.”

—Malik Williams will do some preliminary NBA draft stuff, but is expected to be back next season.

—No other player on the roster, including David Johnson, will do any sort of “testing the waters” with the NBA draft.

—Was not surprised to hear that Darius Perry was transferring. Having said that, Perry was a fantastic kid who he really enjoyed coaching. Perry never let his personal frustrations have a negative impact on the team, he always remained positive. Mack will be rooting for him wherever he winds up.

—On keeping in touch with players and staff while everyone is quarantined:

“It’s just different. I’m used to just the daily interactions. Now it’s a FaceTime call, and you don’t see the guy the rest of the day. It’d be nothing for me to run into Quinn Slazinski three or four times a day. Now it’s only initiated if we make a phone call. So, it’s different. I don’t like it, but we’re all in this situation together.

“I knew Jody before I came to Louisville. He had covered my wife when he was at the Courier-Journal. I got to know him pretty well, and that’s obviously blossomed into even more of a friendship now that I’m the coach here. It hit our family hard. It became really, really personal. It’s one thing to know about this pandemic, but when you actually find out someone that’s very close to you has it, it really makes you take a step back and just be very appreciative, and say lot of prayers to make sure that he comes through on the right end of this. It was a shock.”