At Greensboro event, Jim Boeheim apologizes for past comments - SCACCHoops.com

At Greensboro event, Jim Boeheim apologizes for past comments

I thought we were joking about the “apology tour?” 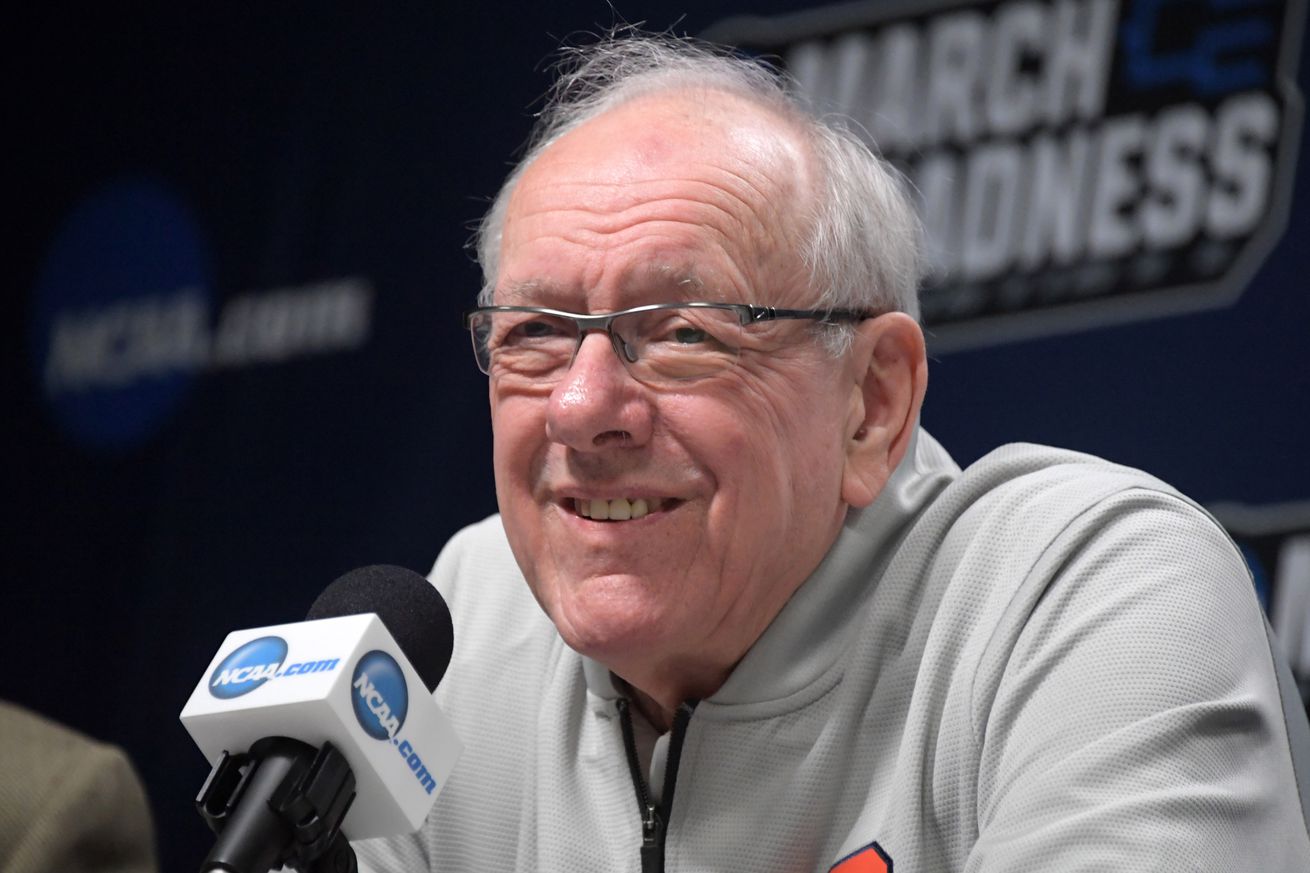 Since it was announced back in 2011 that the Syracuse Orange would join the ACC, SU basketball coach Jim Boeheim has been a treasure trove of quotes disregarding aspects of our new, more southern conference home. Chief among them was his 2017 remarks that “there’s no value playing in Greensboro. None,” after Syracuse lost to Miami in the ACC Tournament that year.

Since then, the Orange have won a couple games in the ACC Tournament, and the city’s minor league baseball team has gotten in on the “feud” as well. But as was announced back in November, Boeheim was heading to Greensboro this month to apparently squash that beef for good. Last night, he seemed to do just that.

Boeheim on his Greensboro “no value” comments: “I do apologize for that quote.” pic.twitter.com/0xMGKZYlsa

At least on Twitter, Greensboro seems to agree. So that’s that?

In some ways, it’s fine. Mending this fence and various others with regard to disparaging comments about Denny’s and North Carolina does help bring Syracuse further into the fold with the ACC, and create a more unified league. At the same time, what the hell are we going to do with all of these shirts?

Perhaps Jim saw an “Apology Tour” tee or two around Syracuse and took it too literally? Or maybe he saw one of Sean’s apology letters and felt it was an earnest attempt to atone for Syracuse’s “wrongs.” But to my understanding, the No. 1 rule of this program and fan base is that we do not (actually) apologize for anything.

Is this a new era of good feelings and kindness toward the greater basketball world? Do we have to stop making Denny’s jokes? Does this insinuate that we shouldn’t post pictures of Malachi Richardson any time someone mentions Virginia basketball? Jim, hope you’re playing the long game here and this is one big ruse.

This article was originally published at http://nunesmagician.com (an SB Nation blog). If you are interested in sharing your website's content with SCACCHoops.com, Contact Us.
Categories: ACC Tournament, Basketball, Syracuse, Virginia

Comments on At Greensboro event, Jim Boeheim apologizes for past comments