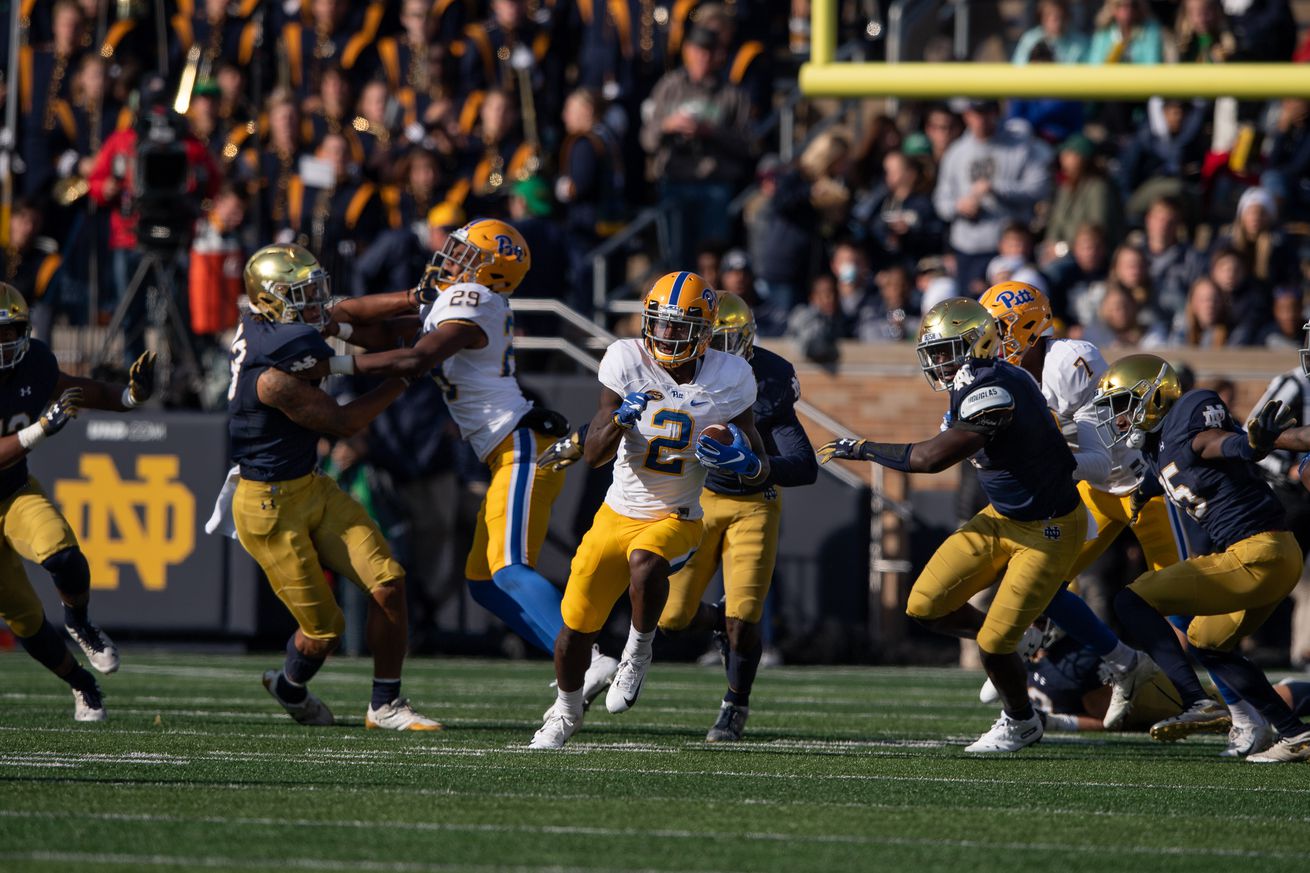 The 2020 college football season is in jeopardy due to the ongoing coronavirus pandemic, which has not been well contained in the United States. As a result, athletic conferences are weighing their options with regard to safety precautions, fan attendance and scheduling, among other factors that could impact play.

One possibility that has been weighed by ACC decision-makers, according to David Teel of the Richmond Times-Dispatch, is the division of the conference into three pods of five teams that are relatively close together.

“If there is a season, and that’s a massive if,” Teel wrote on Wednesday, “home-and-homes among ACC teams could be the rule rather than exception, saving athletic departments considerable travel costs.”

“One proposal league athletic directors are considering is dividing the ACC’s 15 schools — traditional football independent and partial conference member Notre Dame would be included — into three geographic pods of five,” he continued. “Teams would play each pod rival twice, accounting for eight games.”

In addition to the in-conference games, an effort will be made to partner with the SEC and schedule games between nearby rivals. Those ACC-SEC games would include Clemson vs. South Carolina, Florida State vs. Florida, Georgia Tech vs. Georgia and Louisville vs. Kentucky. It’s unclear what that partnership would mean for Pitt, whose primary rivals, and closest rivals, are in the Big 12 and Big Ten. However, the goal would be for ACC teams to play nine or 10 games in total in 2020.

Pitt would be included in a pod with Syracuse, Boston College, Notre Dame, and Louisville or Virginia Tech. The other ACC teams would be split into two pods, and like Pitt, Syracuse, Boston College and Notre Dame, it appears Miami, Florida State and Georgia Tech would end up together in all iterations of the pod setup. The real wild card is how the Virginia and Carolina schools would be divvied up.

The closer matchups and a switch from flights to bus trips could save each ACC program as much as $250,000 over the course of the season. And with the best-case scenario for football season involving limited fan attendance and the more likely scenario involving no fans in the stands, cost-cutting measures will be an important factor to consider due to lost ticket-sales revenue.

To clarify the safety risks players, coaches, team staffs and fans face in a return to football stadiums, the Texas Medical Association recently released a list of activities that were ranked by their potential to spread the virus on a scale from one to 10. Playing football was ranked as a seven on the scale, working out at a gym was ranked as an eight and going to a sports stadium was ranked as a nine.

At this point, it remains to be seen when or if a college football season will be played, as a delay until spring is a possibility that has been discussed and the complete cancellation of the season is not off the table either. It is unclear when plans will be solidified, but a month and a half remains before football season’s traditional late-August starting point.