Hangovers, Aggression, and Free Throws. Just a typical Monday for Heels fans to look forward to. 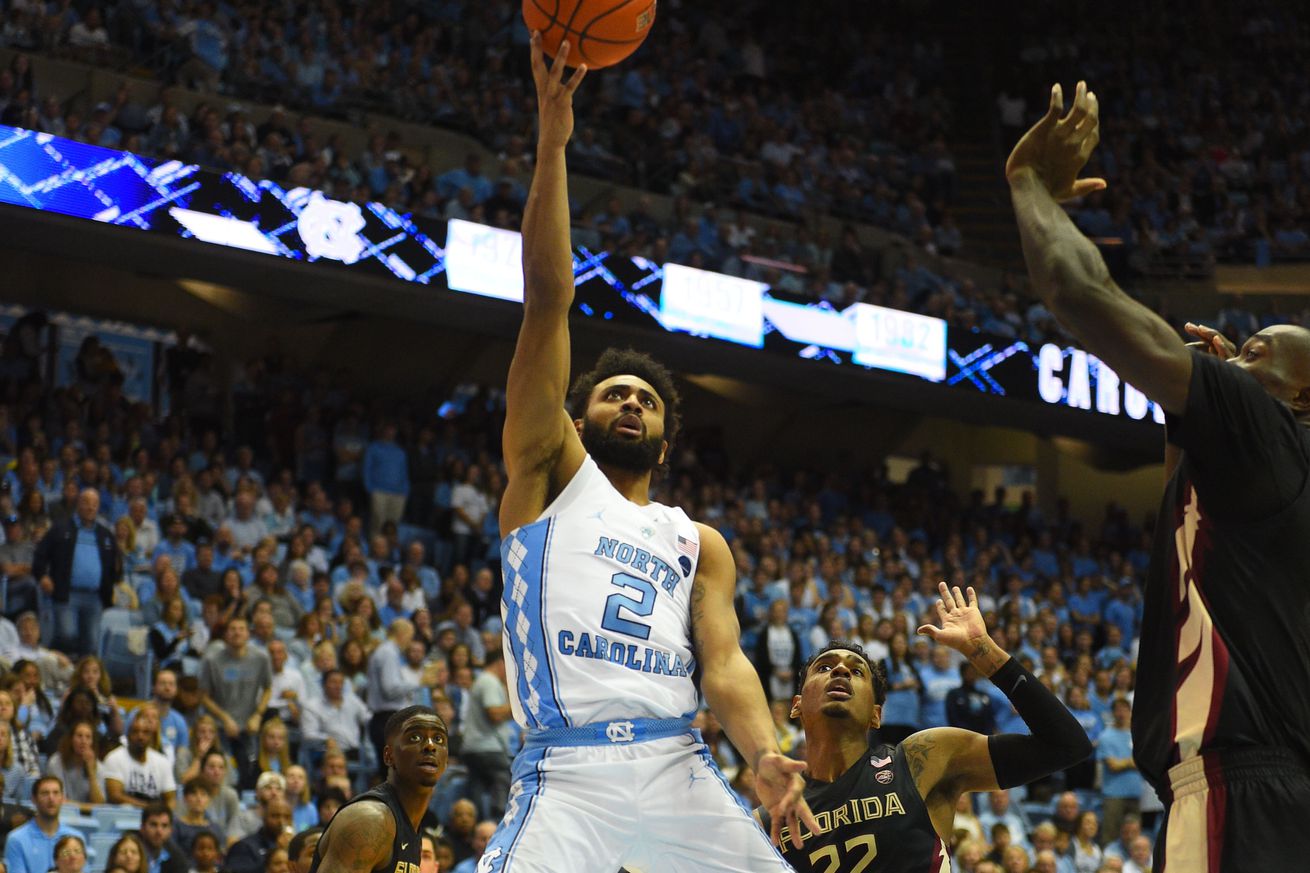 Now that everyone has recovered from Saturday’s big victory against Florida State, it’s time to look ahead to the Orange of Syracuse. Hall of Famer Jim Boeheim brings his famed (some will argue, overrated) 2-3 zone to Chapel Hill and UNC looks to keep its current ACC win streak going. In almost any other year, Roy vs Jim would be one of the highlights of the conference schedule. After all, the two coaches have only faced off nine times over their careers.

Yet, with Louisville, Miami, Notre Dame, Virginia (twice), and Duke (twice) still remaining, this game has seemingly lost some of its luster as Syracuse has stumbled recently to an 11-7 record. However, as Boston College and Georgia Tech continue to prove to the nation, there are not any pushovers this year (except, apparently, N.C. State). Expect another tough battle against ‘Cuse. As we’ve been doing this season here at Tar Heel Blog, there are three things to watch tonight.

There are no in-depth stats or interesting backstories for this topic. Syracuse offers a stark contrast in playing style to Florida State. A style, not surprisingly, that has given UNC plenty of difficulty this season. Plus, while the Smith Center was absolutely rocking on Saturday, a similar environment probably won’t materialize.

In football, this could easily be labeled a trap game. Two days after you score a Top 10 win, a slumping opponent that you’ve defeated four consecutive times enters your home gym. On a school night. If UNC doesn’t leave Saturday in the past, they’ll miss a prime opportunity to potentially put more distance between themselves and the rest of the league (with the exception of Notre Dame).

Ok. I lied. There is one interesting note: UNC has played five games on 48 hours of rest or less. UNC went undefeated against UT-Chattanooga, Long Beach State, Chaminade, Oklahoma State, and Wisconsin all on quick turnarounds. The short rest is something they are at least familiar with. Syracuse, who beat Boston College on Saturday, has only had two such games against Eastern Michigan (won) and St. John’s (loss by 33).

Getting to the line

The past three games have seen an explosion in free throw attempts by the Tar Heels, and to a certain degree, their opponents. The Heels have made 62 out of 86 attempts against the Wolfpack, Deacs, and ‘Noles. That’s a success rate of 72% from the line. In case you were curious, that’s very good. It’s also indicative of a more aggressive, attacking UNC team. Adrian Atkinson specifically looked at Isaiah Hicks’ performance. For reference, against Georgia Tech and Clemson, UNC was a combined 19-26.

Unfortunately, UNC’s opponents also have been given ample free throw opportunities as well. In those same three games, the opposing teams are 35 for 65 from the line. Thank the ‘Noles for the lackluster success rate, as they were 12-26. Nonetheless, that’s still a concerning trend that has been consistent thru the first five ACC games. Those same games that UNC was 19-26, the Yellow Jackets and Tigers were a combined 41-52.

Some of that has been caused by poor interior defense by the Heels and some super whistle-happy refs. Yet, some of that is also due to the style of play of the opponents. Wake Forest, FSU, and N.C. State are all nationally ranked in the top 50 in points scored per game. They all like to push the pace, creating more possessions, and thereby more fouling opportunities. Syracuse, by contrast, is ranked 114th in the nation at 76.5 ppg. A slower pace could limit those opportunities.

Speaking of Pushing the Pace....

We all know the Heels love to run. They thrive on fast breaks, secondary breaks, and getting quality shots before the defense is set up. This is backed up by current stats at Kenpom.com, which lists UNC’s average offensive possession at 14.4 seconds per trip up the court. That’s good for 10th in the nation. Syracuse is 117th in the nation, with each offensive possession lasting 16.7 seconds. So, there is a bit of a disparity.

If anyone has been paying any attention to Joel Berry the past few games, you’ve likely also noticed his propensity to run the ball right up the backside of the opposing defenders. He consistently got to the rim against FSU, as he (hopefully) continues to diversify his game, and create more chances in the paint. A few more Luke Maye full-court assists would also satisfy this requirement. This could be especially crucial against Syracuse’s zone.

Various zones have befuddled the Heels recently. They have lulled them into a false sense of security, made them prone to turnovers, and stagnated the offense. There are multiple ways to defeat a zone, but one of the best ways is to attack the defense before it ever gets set. After three high octane opponents, UNC’s transition offense is rounding into peak condition. Based on their performance against the zone thus far, if UNC cannot get out and run, the Heels may have another dog fight on their hands.

Or, in other words, welcome to the ACC.