This one was over quickly as North Carolina dominated State. 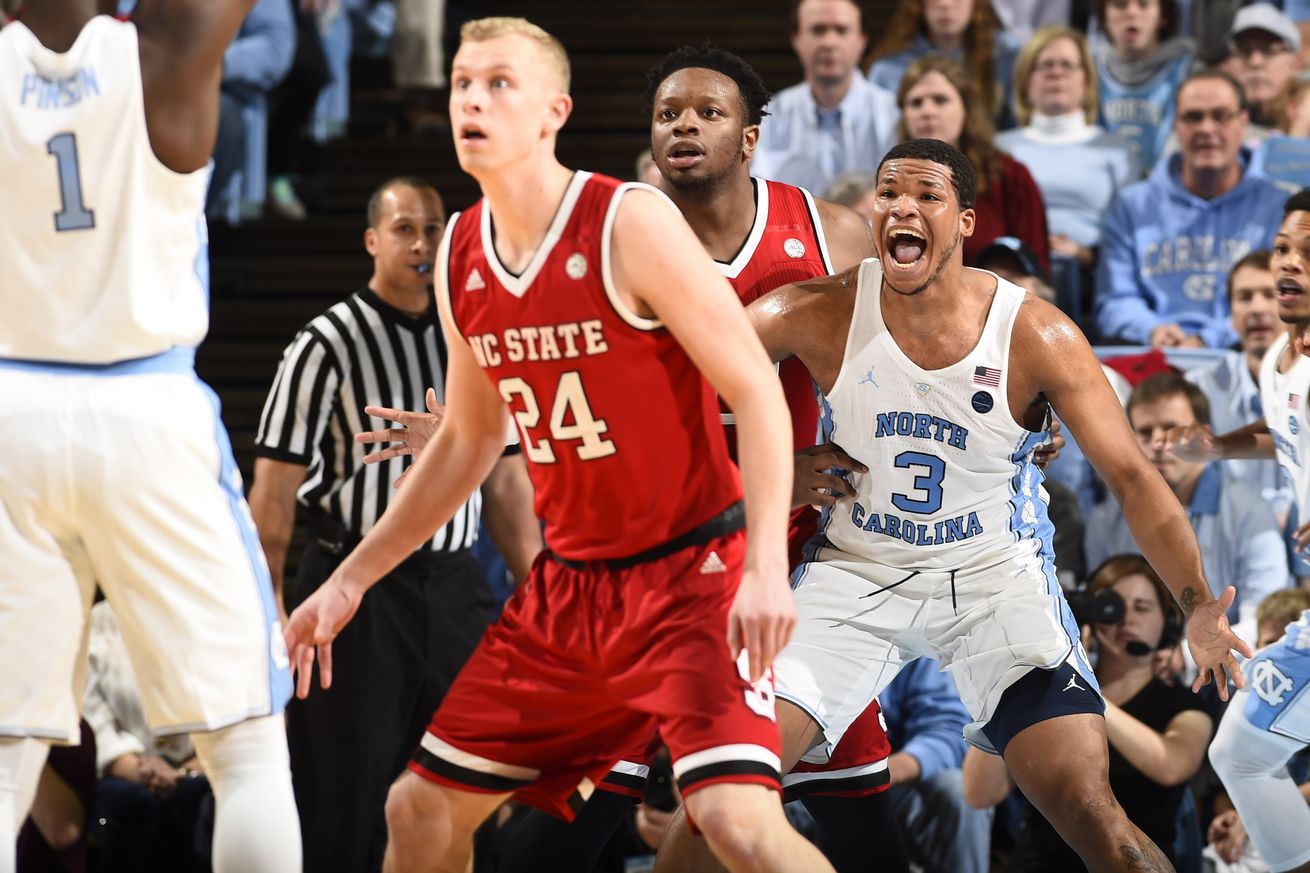 Basketball is often described as a game of runs. In the case of the UNC-NC State game, it was a game of one run, and then it was pretty much over.

After a Wolfpack basket to make it 6-4 Tar Heels, UNC proceeded to go a 20-0 run. They went into halftime with up 33, and then went on a similarly giant run in the second half. After Carolina continued to pile it on, the carnage finally ended in a record-breaking 107-56 win for the Tar Heels.

On the offensive end, the stars were once again Justin Jackson and Joel Berry. Jackson led all scorers with 21 points. He went 6-11 from three-point range. Berry went for 19 points, also adding five assists and five rebounds.

Also of note was Theo Pinson’s return to action. Pinson played 13 minutes in his season debut. He didn’t score, but did have five rebounds, five assists, and four steals. Just normal Theo things.

State’s star freshman Dennis Smith Jr. was limited for most of the first half with foul trouble. He did end up playing 26 minutes, but finished with just 11 points, five assists, and five rebounds. Carolina forced him into six turnovers.

There is simultaneously not much and so much to say about this game. It was just a complete beatdown. Pinson was the only Tar Heel to play more than five minutes and not score. Everyone chipped in to help annihilate State. Luke Maye finished as the Tar Heels leader in plus/minus with +41.

The 107 points scored by UNC is the most they’ve ever scored against State. Meanwhile, the 51-point margin is the second biggest for the Tar Heels against the Wolfpack.

After opening the ACC season with a loss against Georgia Tech and then another sub-standard performance against Clemson, one could be forgiven for coming into this game a little worried. The worry would not have lasted long though. In a season that’s already featured some pretty decent performances, this one was probably the best.

It’s not every day that you can nearly double up an ACC team, never mind do it in a game as meaningful as this one. Enjoy the schadenfreude.

This article was originally published at http://tarheelblog.com (an SB Nation blog). If you are interested in sharing your website's content with SCACCHoops.com, Contact Us.
Categories: Clemson, Georgia Tech, UNC