Scott Satterfield's seat is flaming hot at Louisville, and it should be - SCACCHoops.com

Scott Satterfield's seat is flaming hot at Louisville, and it should be

Remember this about Scott Satterfield, more than the fact that his Louisville team looked inept and impotent in a terrible season-opening game against Ole Miss on Labor Day night in Atlanta: He flirted with another job IN THE MIDDLE OF A BAD SEASON AT A PROGRAM WHICH HAD JUST DIVORCED BOBBY PETRINO. 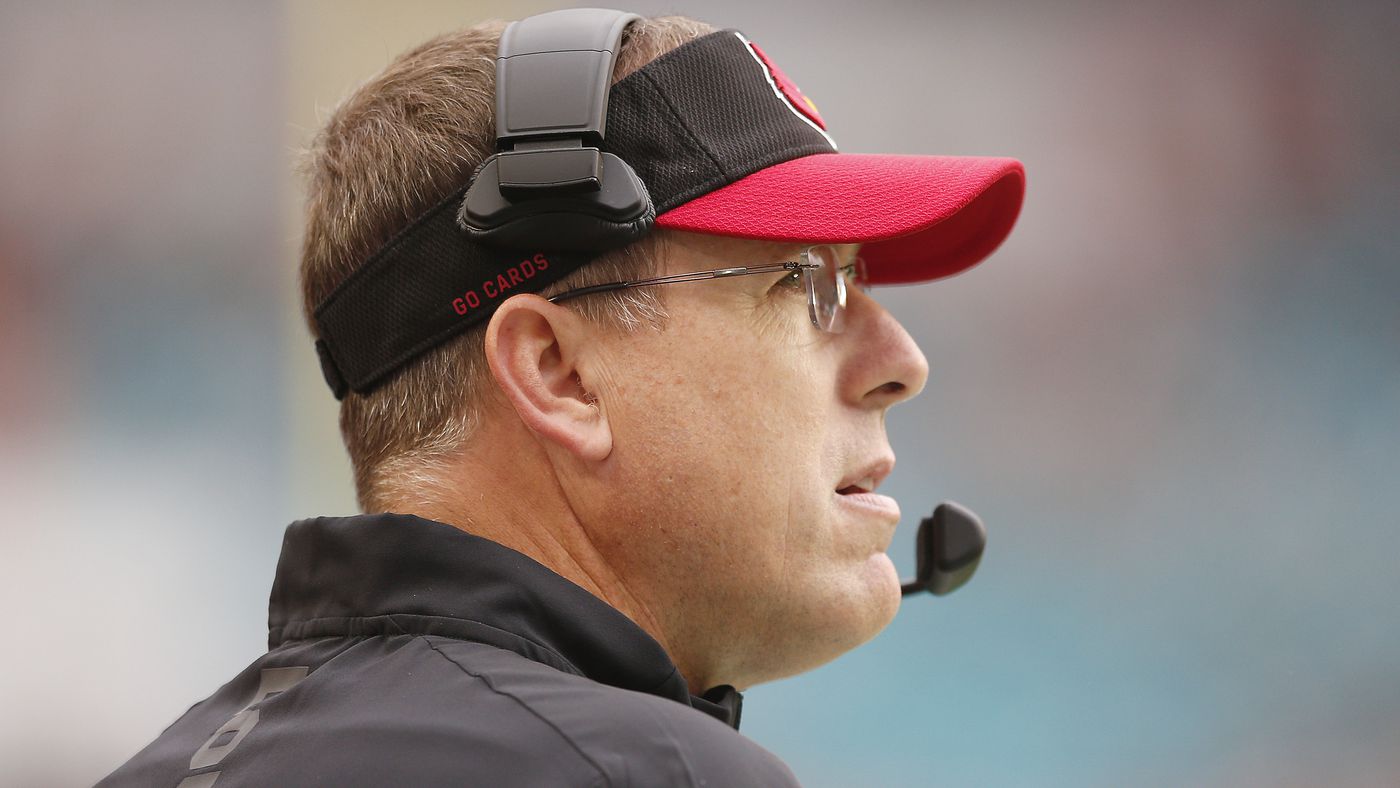 Every program wants to win. Every fan base wants to have the right coach. Yet, at Louisville, it was always about more than having the right coach after the second marriage to Petrino predictably ended in a messy divorce.

Louisville fans obviously wanted a great coach for their football program, but what they also wanted was a coach who was HAPPY to be at Louisville. Bobby Petrino flirted with other programs in his first go-round at Louisville. In his second go-round, he clearly lost his appetite for the job. He got lazy. Players checked out. Petrino was stealing a paycheck at the end of marriage number two. Louisville players and fans deserved a lot better.

Scott Satterfield did well in his first season at Louisville in 2019, but what mattered just as much was that he seemed invested in the program and its success. The unexpectedly bad 2020 season could have been forgiven. It was a pandemic season, after all. The idea that the pandemic could derail a coach’s best-laid plans was and is perfectly reasonable. It happened in lots of places across the country, beyond the ACC. As long as Satterfield remained fully invested in the program, he would have entered this season without any real controversy surrounding his job performance or job security.

Yet, when Louisville was struggling, Satterfield looked at South Carolina as an attractive destination. Who does that?

Bobby Petrino, that’s who. Scott Satterfield was hired to be NOT BOBBY PETRINO, and yet he did the very kind of thing Petrino previously did (only for a job which is a step DOWN from Louisville; in that respect, it was un-Petrino-like, but the flirtation was FULL PETRINO, and you NEVER go full Petrino at Louisville).

Other programs have coaches lust for teams other than the one they currently coach. To that extent, Louisville is not unique. What IS unique is that Louisville has had so much turmoil in its football and basketball programs in recent years. Fans and donors are emotionally exhausted.

Put it this way: If Louisville won one game less than ideal expectations, but the coach behaved in a fully exemplary manner, Louisville fans could certainly take that for two years or so. They won’t accept it as a permanent state of existence, but they would welcome some peace and calm with a good, sincere, committed coach even if he didn’t hit the target in a two-year window. Louisville needs a leader it can fully trust and embrace.

Satterfield broke that trust last year. The psychic damage that did to Cardinal football cannot be easily calculated or fully comprehended. It’s a supreme betrayal.

With that in mind, given that Satterfield has behaved terribly, he HAD to deliver the goods THIS YEAR. Not later, but NOW. If he was going to be a jerk, he better win — just like Petrino.

Bobby Petrino might have been a jerk, but in his first marriage with Louisville, he elevated the Cardinals to elite status as a top-10, Orange Bowl-winning program. The headaches and the arrogance and the other personal traits which led to the Jessica Dorrell scandal at Arkansas were worth stomaching ONLY because Petrino was so good at coaching football from 2004-2006.

When a guy like Bobby Petrino stops winning, the value of having him around plummets.

Scott Satterfield never reached Petrino-like heights at Louisville, and he still wasted no time looking elsewhere. Married to Louisville for 15 minutes, he was already staring at other women after returning from his honeymoon.

If he was going to stay in this marriage and have any hope of making it work, Satterfield had to at least deliver results.

This face-plant against (let’s be real here) a bad Ole Miss defense — don’t believe for a second the Rebels will play good defense against Alabama or LSU — indicates that Louisville will not be one of the top 10 teams in the ACC this year. The Cardinals will muck it up with Georgia Tech, Duke, and Syracuse at the bottom of the league.

This might only be Year 3 for Satterfield, but that’s quite enough if the flirting coach can’t win games. Louisville has seen this before — but this time, it doesn’t even have a 12-win season or an Orange Bowl win to show for it.

Scott Satterfield on the hot seat? Yes… and moreover, his chances of surviving that hot seat should already be very low.

Life changes quickly, but it’s Satterfield’s own fault he’s in this pickle. If he hadn’t flirted with South Carolina last year, the hot seat would not exist.

Good luck getting that South Carolina job, Scott. You just torched your coaching career, and you have no one to blame but yourself.