Pitt looks to rebound against Boston College this weekend - SCACCHoops.com

Pitt looks to rebound against Boston College this weekend

A week after falling to NC State for its first ACC loss of the season, Pitt will turn around and play a Boston College team that will present its own set of challenges. 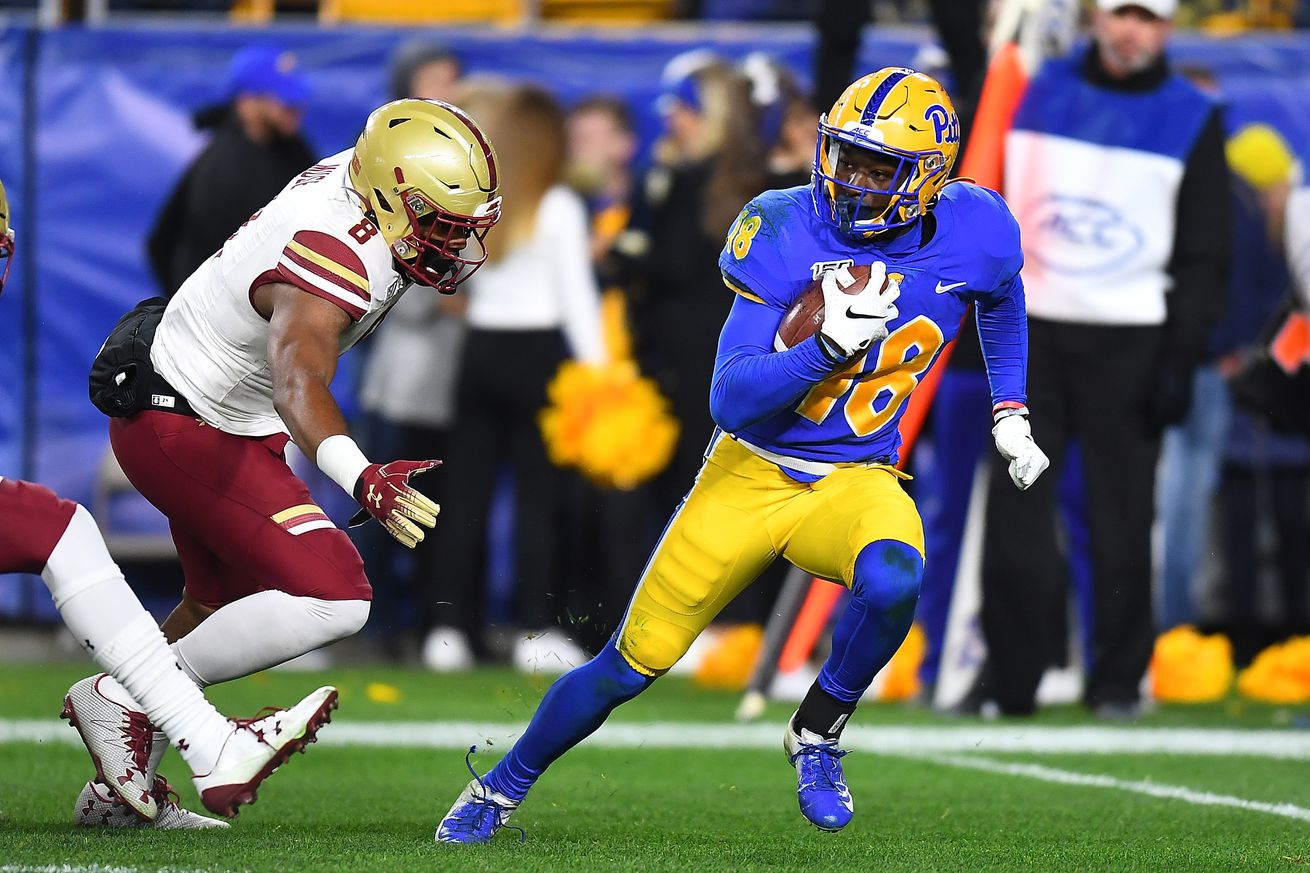 Despite playing on the road, the Panthers (3-1) are the favorites this weekend. But if you think that means Pitt will roll to easy win, think again. After all, they were two-touchdown favorites a week ago at home before being stunned by the Wolfpack in an agonizing one-point loss. And, of course, Pitt lost last year to the Eagles after being favored in that one, too.

The questions most fans have will be if the Pitt defense can rebound. It’s early in the season but the Boston College (2-1) offense hasn’t been wildly explosive. The general consensus is they’ve been ‘okay’ in averaging 24 points a game. They’ve not been a juggernaut but they haven’t laid any eggs, either, scoring at least 22 points in each of their three games (wins against Duke and Texas State and a loss against North Carolina).

If Boston College is going to have success against Pitt, it’s likely coming through the air. Pitt hasn’t run the ball that well this year but the Eagles have been considerably worse with only 211 total rushing yards. The Panthers have played one more game but are still averaging 130 yards per game to the Eagles’ 70 per contest.

Even before the Panthers’ last game, you could have expected the Eagles to come out throwing. But I’d argue that you can expect to see that even more now, after Pitt gave up a 300-yard day through the air to NC State. The cornerback opposite Jason Pinnock, whoever that happens to be on Saturday, should expect quite the workout. Boston College has the quarterback to attack through the air in local product and former Notre Dame quarterback Phil Jurkovec.

Jurkovec already has 300-yard games against North Carolina and Duke this season, and his ability to move the chains will be a big factor in Boston College pulling off a potential upset. The Eagles will move the ball in the air, I’m convinced. But the key for the defense will be hold them to field goals or field position battles as opposed to giving up touchdowns.

Defensively, Boston College appears fine, too. They had a great season opening performance at Duke, giving up only six points, before allowing 21 to Texas State and 26 to North Carolina. I don’t think anyone would rate them as highly as Pitt’s defense but, then again, I don’t think anyone expected NC State to score 30 against the Panthers this weekend.

I expect Kenny Pickett to make plays in the passing game but I suspect what folks will want to see is if the Panthers find a running game. The good news? Boston College has been a little vulnerable there. giving up about 130 yards to both Duke and Texas State before allowing 176 to North Carolina this week. That was largely in part to a big day by 1,000-yard rusher Michael Carter but I still think this could be a nice bounceback week for the Pitt ground attack that didn’t even crack 100 yards last week.

And, of course, there are some Pittsburgh ties, too. In addition to Jurkovec, who is from Pittsburgh, the team is coached by Jeff Hafley (former Pitt secondary coach) and the offensive coordinator is Frank Cignetti, who has had a million stops, including coaching the offensive at Pitt a decade ago. Those ties really don’t mean much but you can expect to hear about them this week, anyway.

The likelihood is that Boston College is one of those middle of the pack teams — ironic since that’s where Pitt, for now, anyway, finds itself after losing to NC State. I said it prior to the game against the Wolfpack but it bears repeating here — this is one of those games you look at and sort of have to have just because the schedule gets much more difficult with games still to come against North Dame, Miami, Virginia Tech, and Clemson. The ‘easier’ games come against Florida State and Georgia Tech, and even those are road contests. You come out of this one with a loss and forget having any type of meaningful season. At that point, even finishing over .500 would be a daunting challenge.

And, of course, if you’re hoping for an outside shot at getting into the ACC championship game, you basically control your own destiny with games against all of the favorites left. The other side of that coin is that a second loss this early in the year will almost certainly make that impossible.

This article was originally published at http://cardiachill.com (an SB Nation blog). If you are interested in sharing your website's content with SCACCHoops.com, Contact Us.
Categories: Boston College, Football, Pittsburgh