The tough games keep on coming for the Pitt football team. Last week, it was a date with a Top 15 Miami team. This week, it’s a home game against No. 3 Notre Dame. 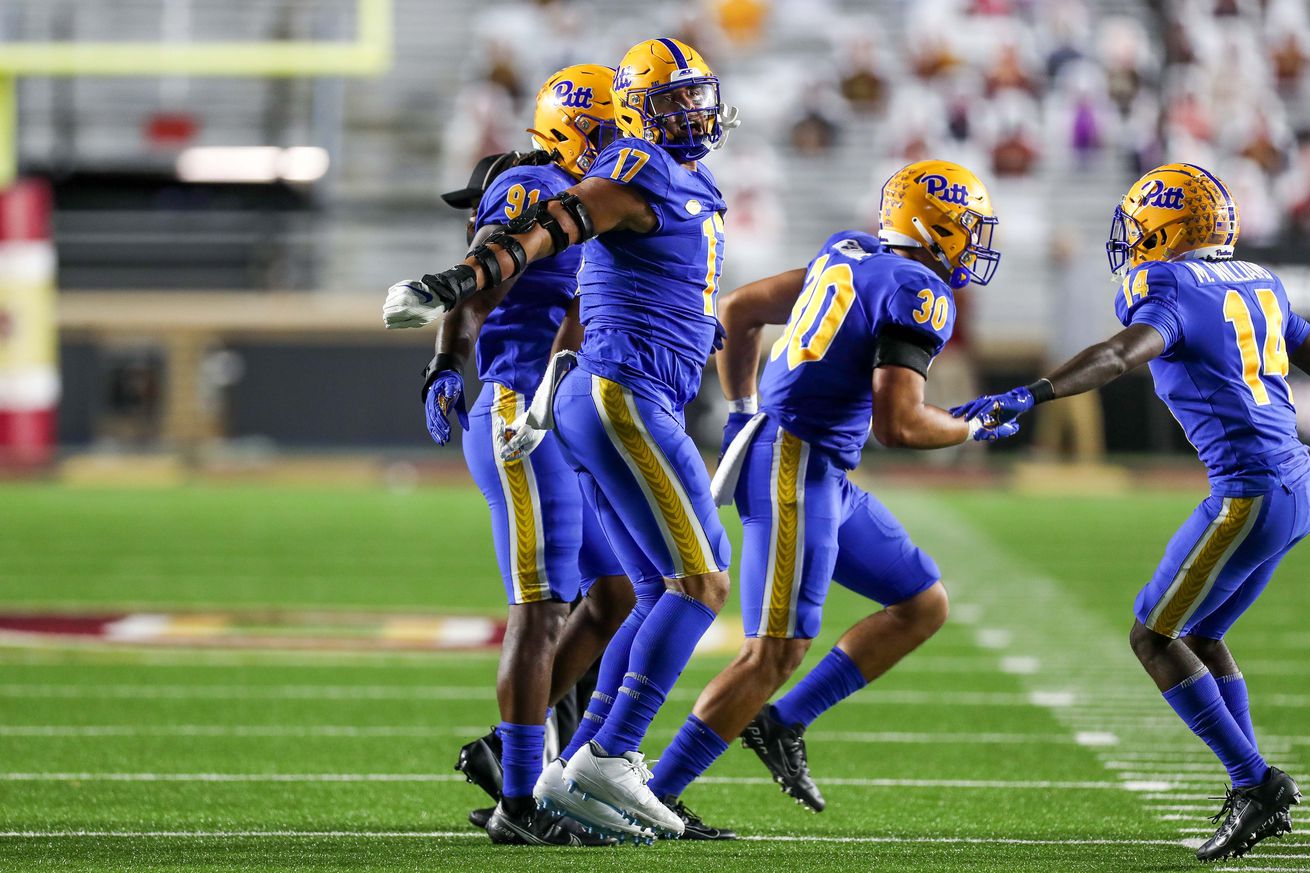 After unbeaten and No. 1 Clemson, the Irish appear to be the most formidable foe on the Pitt schedule. Interestingly, though, Notre Dame hardly looks bullet proof.

The Irish enter the game with a 4-0 record but have not been invincible. The opened with a fairly sloppy 27-13 win over Duke, beat a Florida State team by 16 that Miami routed two weeks earlier by 42, and narrowly escaped with a five-point home win against 1-4 Louisville this weekend.

None of that is to suggest the Irish are not a good team. They still won all over those games and, as a 52-0 beatdown over South Florida suggests, they are still capable of easily beating opponents. But it is certainly possible, perhaps even likely, that Notre Dame is a bit overrated.

Overrated enough for Pitt to win? Eh — pump the brakes.

Look, the Irish have not been great but neither have the Panthers, of course. Pitt’s losses have been respectable but they still hold three of them with one of them to a 3-2 Boston College team that was just pasted by 26 at the hands of Virginia Tech.

Further complicating matters is that all indications seemingly point to starting quarterback Kenny Pickett being missing in action for a second straight week. While there had been talk of Pickett being questionable last week, the quarterback didn’t take any reps in practice and did not even make the trip after suffering an injury in that Boston College game. And while backup Joey Yellen performed admirably against Miami last week, the fact is that what Pitt will get from him going forward is still a big question mark. Throw in a running game that continues to struggle, other injury issues, and there are plenty of things to hate about this game from a Pitt perspective.

None of that is great news given that the Irish have been very strong defensively. They’ve allowed only more than 13 points once this year when they gave up 26 to the Seminoles. Pitt is 16th in the nation in scoring defense, allowing just over 20 points per contest. Notre Dame? The Irish are fourth, giving up nearly half as many points at 11.5 per game.

Reinforcing the idea that there could be problems scoring points, Pitt’s offense did not fare that well against a great Miami defense last weekend. The Panthers ended up with 19 points but, as I pointed out in that recap, ten of those points came with very short fields. Seeing Pitt struggle to score points could be a repeating theme this weekend.

What’s the good news for the Panthers? To start, the Irish passing attack has not been great this year. Quarterback Ian Book has done only modest work this year, averaging fewer than 180 passing yards per game to go along with three touchdowns. That could be welcome news for a Pitt secondary that’s given up some big plays this year.

And while the Irish have been great on the ground this year, that’s really where Pitt’s defense has thrived. Notre Dame’s backs will be a handful, and there are three of them getting a decent number of carries, led by Kyren Williams and his 486 yards with a gaudy 6.7 yards per attempt. But Pitt has not only not given up 100 yards to a single back all year, the top rusher on opposing teams has only cracked 50 yards once through six games. If the Panthers stop the run in this game, it will go a long way towards helping to pull off an upset.

Where does this leave us? Well, Pitt is the underdog in this game and that’s understandable. But even looking beyond the idea that the Panthers have traditionally played Notre Dame tough (eight of the past ten games have been decided by a touchdown or less), there’s at least some reason for optimism that the game could be closer than expected.

This article was originally published at http://cardiachill.com (an SB Nation blog). If you are interested in sharing your website's content with SCACCHoops.com, Contact Us.
Categories: Football, Notre Dame, Pittsburgh

Comments on Pitt football hosts No. 3 Notre Dame on Saturday