A team’s legacy is cemented in the postseason. It’s probably not fair — too much weirdness goes down in a single-elimination tournament for it to be — but postseason play is when the lights get bright and the casual fan tunes in. Perception becomes reality. 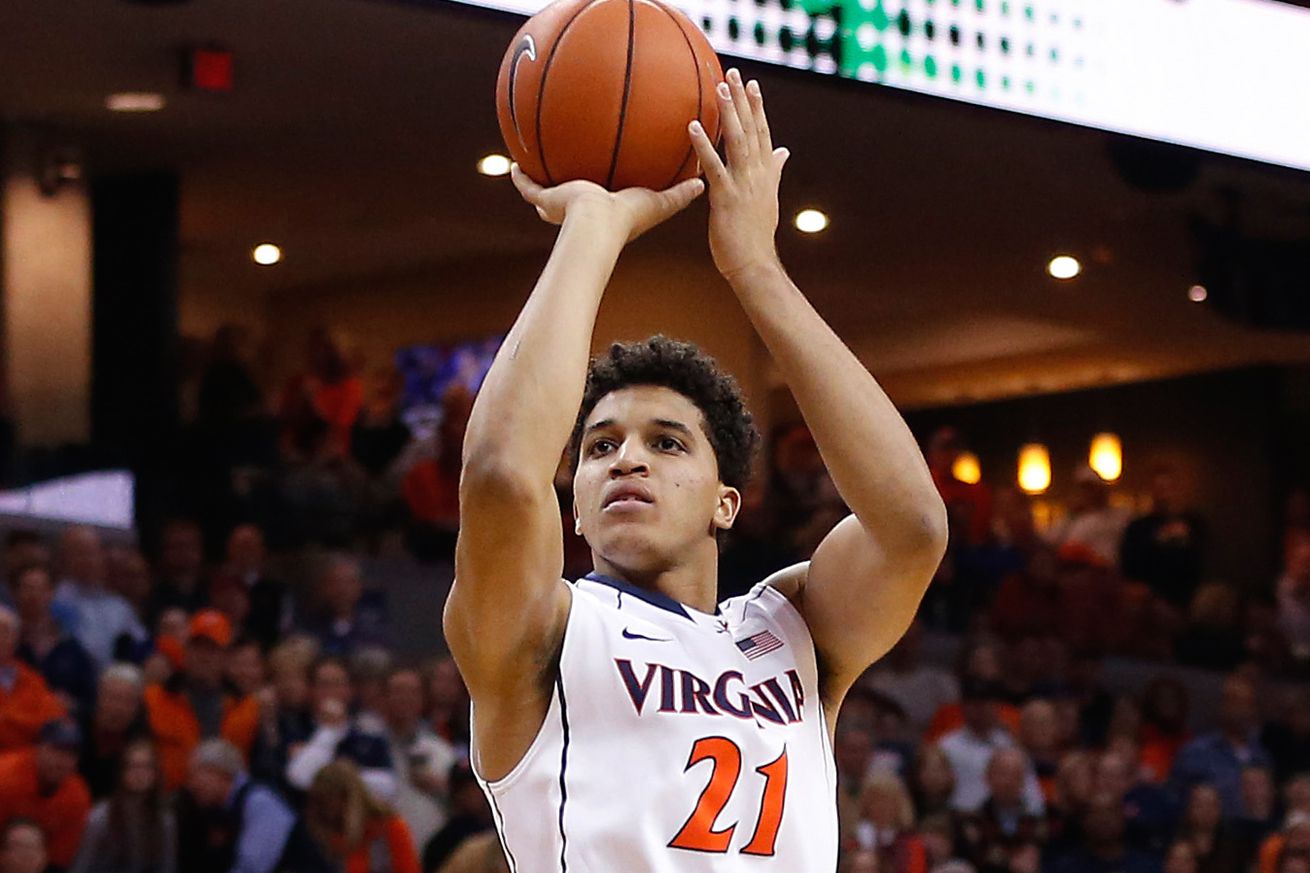 The 2015 ‘Hoos started 28–1, but no one remembers that because they lost to UNC in the ACC semifinals and to Michigan State in the second round of the NCAAs. They remember that Justin Anderson got hurt, that Darion Atkins said some not-nice things, and that the team went home earlier than it was supposed to.

Last year’s team —last ride of two of the more revered UVa athletes I can remember in Malcolm and AG —recovered from a merely very good regular season to make the Elite Eight, but now can barely be mentioned without someone mentioning Syracuse and awkwardly breaking eye contact.

The 2017 ‘Hoos now have a chance to turn what has been a fine rebuilding year without many (UNC) singular performances into something that fits perfectly on the shelf with the years preceding it. Make a run to the Sweet Sixteen or Elite Eight, and we’re talking about 25 wins, an improbable NCAA run, and a season that some call a disappointment quick-changing into one that we have to call special. Can they? I don’t know, but I do know that it’s easier to muster up some hope when you have the number one defensive efficiency in the land.

The team needs to answer two questions before they can make some magic happen.

1.) Is Isaiah Wilkins OK?
This one has me bugged out, especially after today’s press session.

Isaiah Wilkins says he hasn't practiced all week. Been resting since team got back. "I'll probably be a game-time decision.

That makes it sound worse, not better. Wilkins is our emotional leader, the quarterback of the Pack Line, an insatiable offensive rebounder, and a potential source of interior offense. There are people who can replace some of the things he does, but no one that can do everything he does on the level that he does it. We won’t make a long run without contributions from Isaiah.

2. ) Can we find sustainable ways to score?
Who knows? We found hope behind the three-point line late in the season, but Notre Dame reminded everyone that when you jump our curls and body the guards, we don’t have any other arrows in the quiver. There’s no AG to go to on the block and no Malcolm Brogdon to fashion a chicken shit possession into a delicious chicken salad with late clock heroics.

We’re a three-point shooting team now —Guy, Perrantes, and Jerome are our best offensive players, and those guys are shooters first and foremost —but that said, life will be easier for them if we’re at least throwing the ball to the bigs (note: they don’t have to shoot and they often shouldn’t; they just have to catch and present a threat) and one of the Devon and Darius types are pushing it into the lane. Defenses are too good to let sit on one type of action. Hopefully we don’t have another Notre Dame or Miami in us. There’s only time for one more.

The first team on our dance card is 12th-seed UNC-Wilmington. People are making noise about UNC-W —people like Clark Kellogg, the commissioner of the CAA (I’m still waiting on John Swofford’s fiery defense), and half of the experts —but that’s something I attribute more to the 5/12 matchup’s torrid history and people hating on our slow pace and slumpiness than do Wilmington’s strength as an opponent. They probably saw our respective records (22–10 vs. 29–5), remembered watching us put up a dud against Notre Dame, sees that UNC-W goes small and runs, and put down the upset in pen.

I’m not into it. Wilmington is the kind of blitzing, transition-based team that we have historically done very well against. They’re 29–5, but losses to Clemson (by 14) and William & Mary (by 18) are red flags.

The Seahawks press and rely on turnovers to create their offense, whose efficiency (1.18 EFF, 55.2 EFG%) is born of fast break baskets (31%) and quick strikes (their average possession lasts 16 seconds). Threes make up 42% of their shots, but they’re only average (36%) at knocking them down. They’ve been very good at avoiding turnovers —just 13.9% of their possessions end in one —which is rare in these quick draw teams.

Hate how much I love the UNCW matchup. Their offense is 4 out 1 in, big sets high ball screen, if covered, guard chucks 3. Rinse, repeat.

Wilmington didn’t defend well this season. The Seahawks allowed 1.05 points per possession, saved from grading out as actively bad by the amount of turnovers (20.4% of possessions) that they force. They did an OK job defending the three (33.1%) but a terrible job on twos (55%) and fouled a lot (39.4 FTA/100 FGA), which leads to a bottom of the barrel EFG% (53.1%, 295th nationally). If we can make shots (and I’ll admit that sometimes we just can’t, and that’s concerning), we should be able to score.

Virginia Eights:
G: London Perrantes —6'2'’ sr #32
Notre Dame was a bad game for London (his first single-digit outing since shooting 2–15 vs. Miami) and Pitt was a quiet one. Hopefully he’s healthy, rested, and ready to give this one last go.
G: Devon Hall —6'5'’ jr. #0
Lost in everything being awful against Notre Dame was Devon breaking out of a three game offensive slide with 12 points on 5–7 shooting.
G: Kyle Guy —6'3'’ fr #5
Guy taking just one three (to seven twos) against Notre Dame was weirder even than his missing all eight of them. He has to consistently deliver for us to make a run.
G: Ty Jerome —6'5'’ fr #11
Double figure scoring in three straight games, with 8–19 3PT and 13 assists to just two turnovers over that stretch. The handoff from 32 to 11 might be smoother than we thought.
F: Jack Salt —6'11'’ so #33
Jack’s mobility will be tested by a UNC-W group who will try to stretch him at every opportunity. If he can recover and maintain verticality at the rim, Cocok’s effectiveness will be limited.
F: Isaiah Wilkins —6'7'’ jr #21
I hope Isaiah is drinking Robitussin by the case.
G: Darius Thompson —6'4'’ jr #51
Darius has hit seven of his last 11 three-pointers. After having multiple assists in 20 of our first 27 games, he’s managed just two total assists in our last five games.
F: Mamadi Diakite —6'9'’ fr #25
Diakite had a rough ACCs: 1–6 shooting, two points, two rebounds, five fouls in 22 total minutes. Better days are ahead.

This article was originally published at https://medium.com/@universityball/. If you are interested in sharing your website's content with SCACCHoops.com, Contact Us.
Categories: Clemson, Miami, Notre Dame, Syracuse, UNC