Well, that was certainly something. 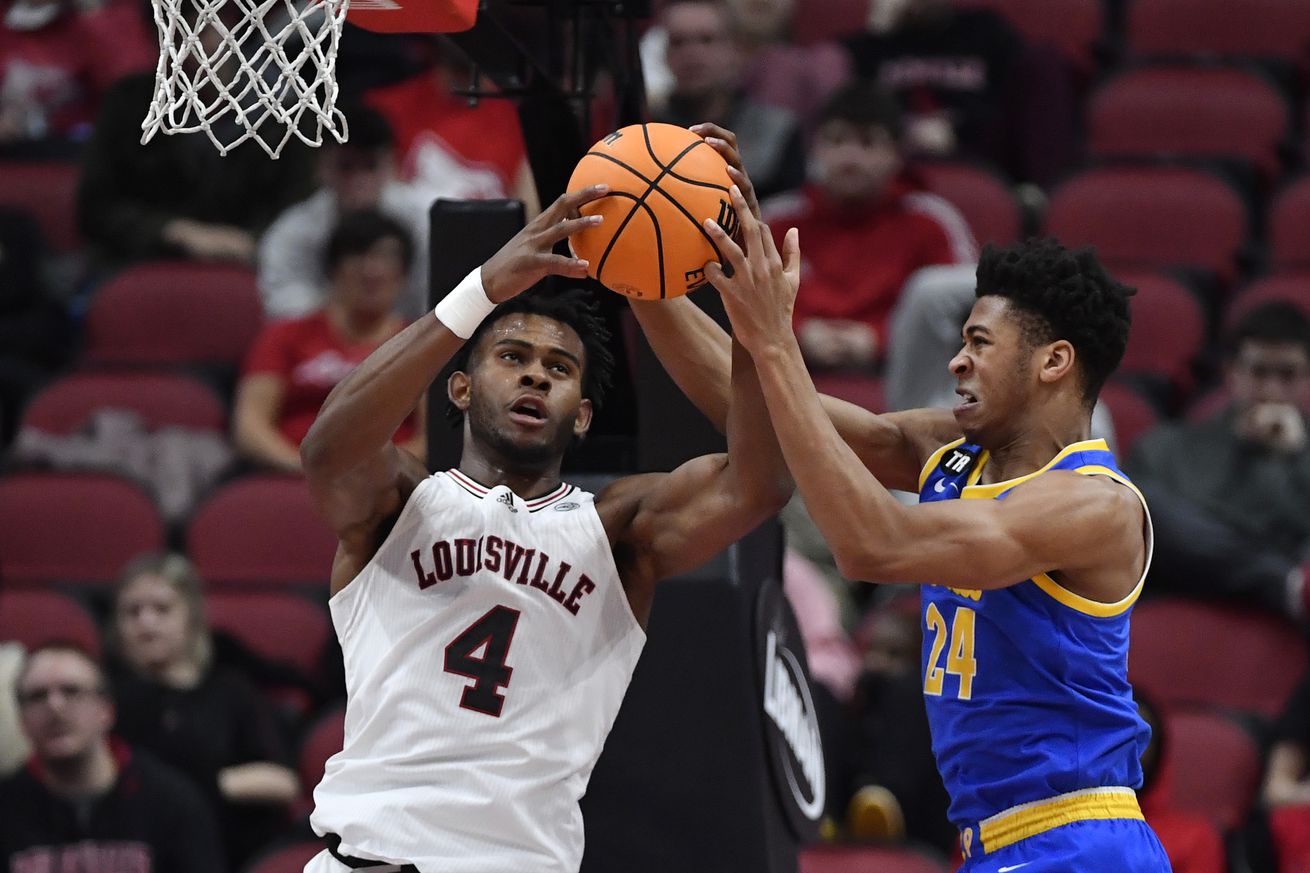 Louisville avoided what would have been a disastrous home loss to Pittsburgh thanks to the heroics of El Ellis and a frantic final minute that featured two technical fouls on the Cardinal bench and a missed Panther three at the buzzer that would have sent the game to overtime.

After Louisville led from start to finish in the first half, the second frame featured a whopping 16 lead changes. The last of those came with 3:35 to play when Ellis’ made jumper put U of L ahead, 64-63. That capped a 6-minute stretch where Ellis scored 13 points and missed just one shot to rescue a Cardinal offense that had appeared to be on life support before the run.

Louisville then got some timely late defense from Samuell Williamson, a dagger three from Noah Locke, and some clutch free-throws from Jarrod West to seemingly put the game out of reach. Then, with 27 seconds to play, Malik Williams — who had already fouled out of the game and been whistled for one technical foul — was hit with his second T on the Cardinal bench.

Then, after it seemed like U of L had avoided disaster thanks to a defensive stop and some West free-throws, Chris Mack was whistled for a technical. After two made free-throws and a made three from Pitt, the Panthers found themselves with a shot to tie the game at the buzzer, but Jamarius Burton’s triple sailed just long, and the Cards walked off the floor with a 75-72 victory.

So now Louisville is 4-0 in the ACC, and three of those victories have featured the other team missing a game-tying three at the buzzer. So, you know, that’s a trend that probably needs to stop for the collective health of the city.

Ellis led Louisville with 18 points, while Locke added 13. Burton led all scorers with 21.

I’ll have many more words on all of this later. For now, I still need to process what the hell just happened.

This article was originally published at http://www.CardChronicle.com (an SB Nation blog). If you are interested in sharing your website's content with SCACCHoops.com, Contact Us.
Categories: Basketball, Louisville, Pittsburgh, Recap, Video