It was an odd, but ultimately victorious, Wednesday evening inside the KFC Yum Center. 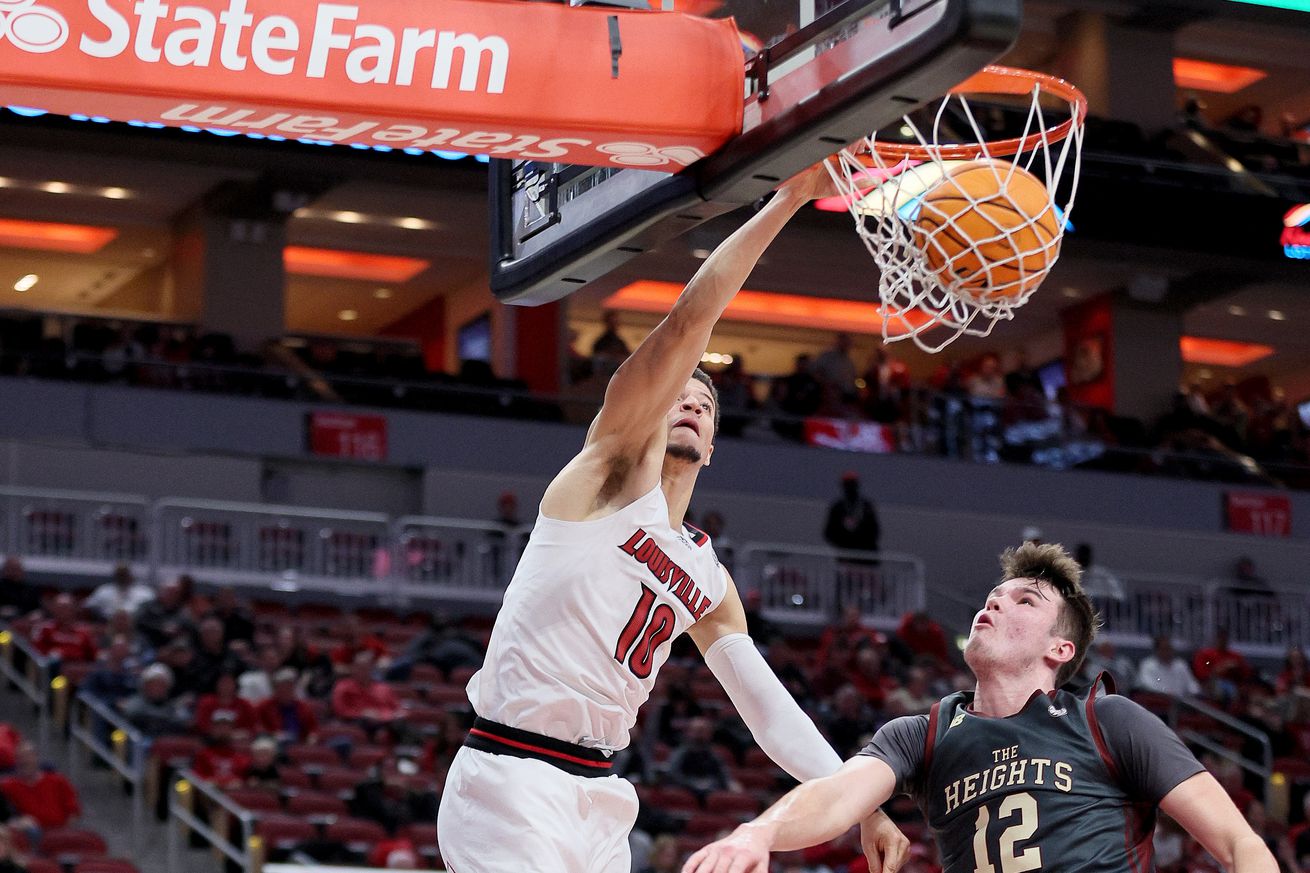 In a game that was delayed 75 minutes because of a roof leak, Louisville avoided its first four-game losing streak since 2004 by taking care of Boston College, 67-54, Wednesday night inside the KFC Yum Center.

After a back-and-forth first half that ended with Louisville taking a 2-point lead into the break, the Cardinals found significant second half separation for what felt like the first time in two months.

Sydney Curry showed no signs of any lingering effects from the ankle injury that forced him to miss Saturday’s loss at Pittsburgh. The big man, who started alongside Malik Williams for the first time this season, was once again stellar in the paint, knocking down all six of his field goal attempts and scoring a team-high 13 points to go along with seven rebounds.

Jae’Lyn Withers came off the bench to give his strongest effort in several weeks, scoring 10 points, grabbing five rebounds, and making several key plays when it felt like Boston College was on the verge of seizing momentum. He was rewarded with multiple loud ovations from the sparse but vocal home crowd.

Makai Ashton-Langford was the lone BC player who had anything resembling a solid night, scoring a game-high 22 points to go with five rebounds and a pair of steals.

Look, BC is very bad, and I don’t think tonight changes anything significantly about where Louisville is or how the remainder of its season looks. BUT, in the immortal words of Kevin Malone ... it’s just nice to win one.

Now let’s have a great weekend celebrating Russ, hopefully pick up a dub over a solid Notre Dame team, and then take a swing at Virginia on Monday.

This article was originally published at http://www.CardChronicle.com (an SB Nation blog). If you are interested in sharing your website's content with SCACCHoops.com, Contact Us.
Categories: Basketball, Boston College, Louisville, Recap, Video