If Kenny Pickett is out for Pitt, Joey Yellen looks like the QB against Notre Dame - SCACCHoops.com

If Kenny Pickett is out for Pitt, Joey Yellen looks like the QB against Notre Dame

For half a season, Pitt had not really declared a backup quarterback to starter Kenny Pickett. But with Pickett sidelined last week against Miami due to injury, the Panthers finally settled on transfer Joey Yellen. 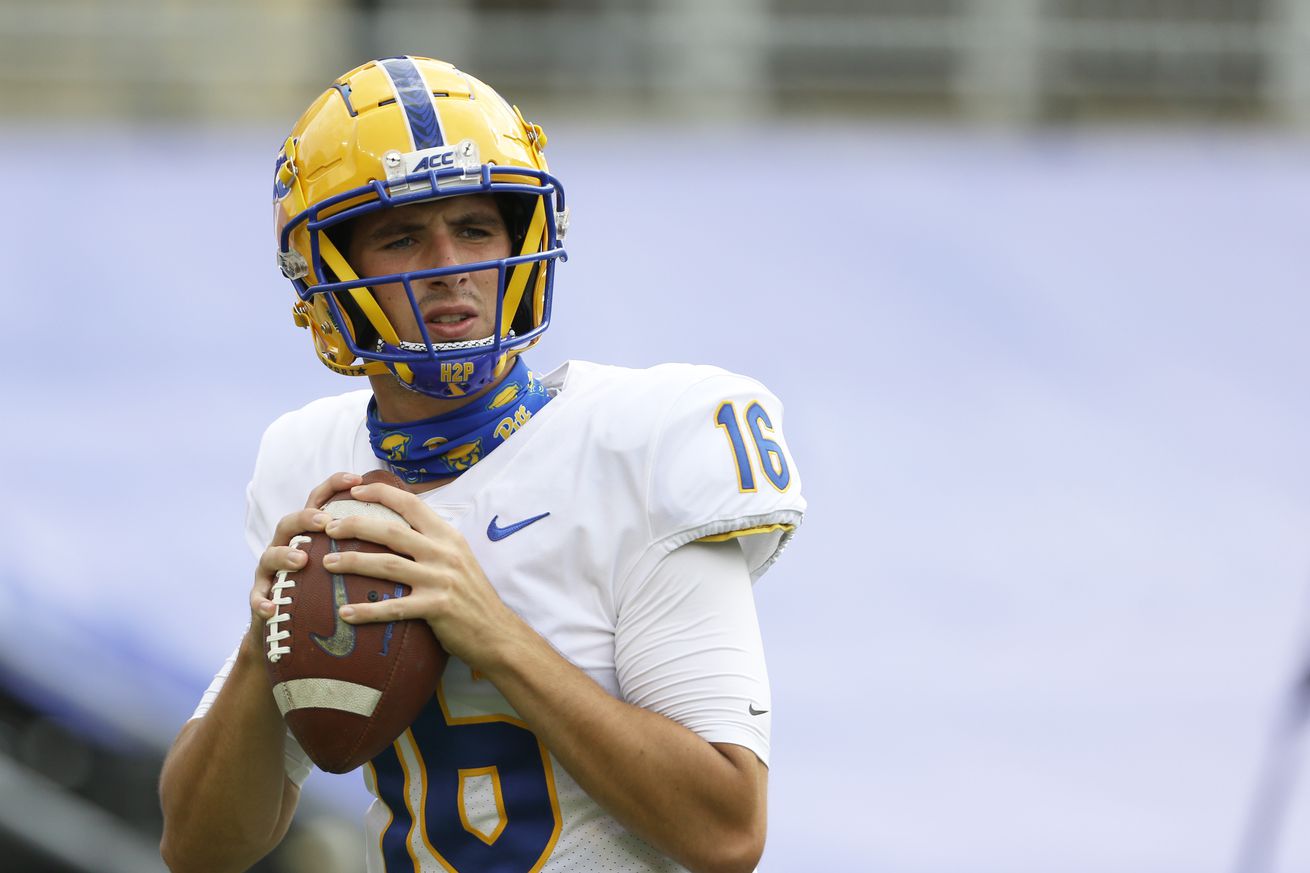 Yellen’s appointment was not immediate. Even with Pickett not taking a snap, he shared time early in the game with Davis Beville. But as the game went on, Yellen got better and he eventually became the guy. This week, head coach Pat Narduzzi says that Joey is the guy right now.

When asked if he went into this week knowing Yellen was the guy, he responded, “Right now I do,” before elaborating a bit.

“Liked what I saw with Joey. Coach Whipple did as well. We missed a couple throws. I love his patience in the pocket.”

Yellen rewarded Pitt with a pretty good performance against Miami, throwing for 277 yards and a touchdown while completing 22 of 46 passes. As Narduzzi mentioned, he definitely could have been a little accurate. And there were a few times when he held onto the ball a bit too long. But in general, facing a strong defense without much of a running game while barely having any actual game experience, he did pretty well.

Yellen playing, of course, will be contingent on if Pickett can’t go. Narduzzi didn’t seem to rule that out entirely, saying, “We’ll see where Kenny is.” But he also mentioned that Pickett didn’t take any reps last week and he did not even make the trip to Miami. Him suddenly being ready to go seems like it would be a stretch.

Assuming he’s the guy, Yellen will have his work cut out for him again, facing another great defense. The Irish are fourth in the nation in points per game allowed and, for a team that struggled to score touchdowns last week against Miami, it could be a similar tale on Saturday.

Facing two strong defenses in his first two starts at Pitt isn’t ideal. But as Narduzzi pointed out, he showed a lot of patience in the pocket and did not seem too rattled against Miami. Even against a great defense in Notre Dame’s, I don’t expect him to fall apart out there.

We’ll see what Saturday brings and Narduzzi always says how players practice determines who will start. But as of now, all signs point to another game with Yellen at the helm.

This article was originally published at http://cardiachill.com (an SB Nation blog). If you are interested in sharing your website's content with SCACCHoops.com, Contact Us.
Categories: Football, Notre Dame, Pittsburgh

Comments on If Kenny Pickett is out for Pitt, Joey Yellen looks like the QB against Notre Dame