Cutcliffe brought stability to Duke that Kansas continues to seek

DURHAM — There’s no better weekend than this one for Duke alumni and fans to appreciate David Cutcliffe coaching his 14th season in Durham. 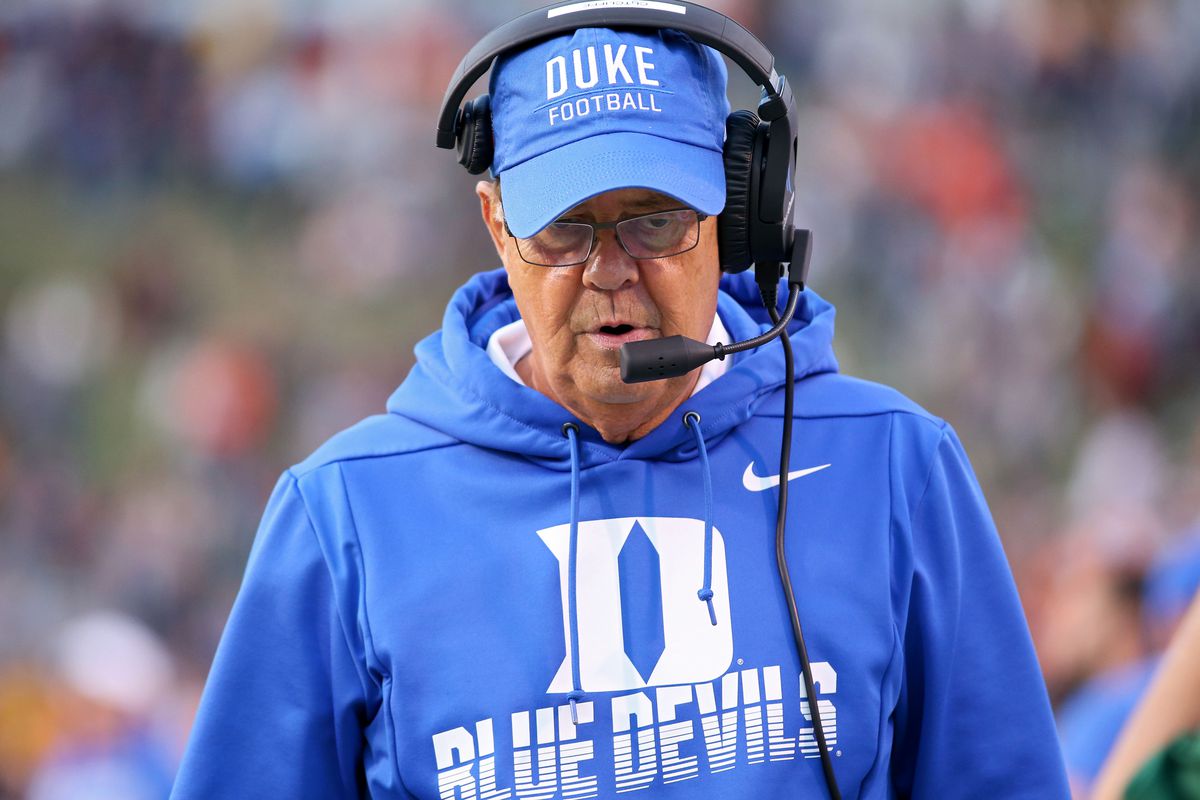 Kansas (1-2), the opponent Duke (2-1) faces at 4 p.m. Saturday at Wallace Wade Stadium, continues to be mired in changing coaches every few years – a vicious cycle Duke escaped upon hiring Cutcliffe, in 2008.

“David Cutcliffe is Duke football,” said Dave Harding, who played for Cutcliffe (2010-13) and now serves as the gameday radio analyst and executive director of the Blue Devil Network. “He is synonymous with Duke football.”

Duke had enjoyed a three-year run from 1987-89 under Steve Spurrier until his success landed him the job at his alma mater, Florida. The downfall soon began as Duke spent the next 17 years listing, cycling through four coaches.

Harding, a four-time All-Academic ACC choice as an offensive lineman, was in Cutcliffe’s second recruiting class in 2009. He played in the 2012 Belk Bowl and on the 2013 team (10-4) that won the Coastal Division title and played in the Chick-fil-A Bowl. The 2012 Belk Bowl ended Duke’s 18-year post-season drought.

Harding says he sometimes has taken the stability for granted.

“I’ve been done playing eight years, but I can walk in to the Yoh Football Center and I basically know every person by name,” he said. “I’ve known them since I was a player when they were working there. It’s not just David Cutcliffe – it’s the entire staff and support staff that Duke has done an incredible job keeping together. “You talk about Duke Gang. That is Duke family. The only way you do that is by establishing consistency over time.”

Kansas took chances on Miles and Weis as high-profile coaches whose last stops ended badly, with Miles at LSU and Weis at Notre Dame. Leipold represents a change of direction, hiring him from a successful stint at Buffalo, a Mid-American Conference member.

Kansas opened with a 17-14 win over South Dakota, a Football Championship Subdivision member, but it has been routed the last two weeks. The Jayhawks lost on the road to No. 17 Coastal Carolina 49-22 and dropped their Big Eight opener last week to Baylor, 45-7.

The Blue Devils went to six bowls in seven years (2012-18), but Cutcliffe has focused on regaining a post-season trip for the first time in three years.

“At my high school I had three coaches in four years,” Durant said. “Stability was one thing I wanted to be around. The coaching staff here treats everybody like family. I love being able to come here and know I’ll have the same coach for four years.”