College Athletes Are Now Getting Paid 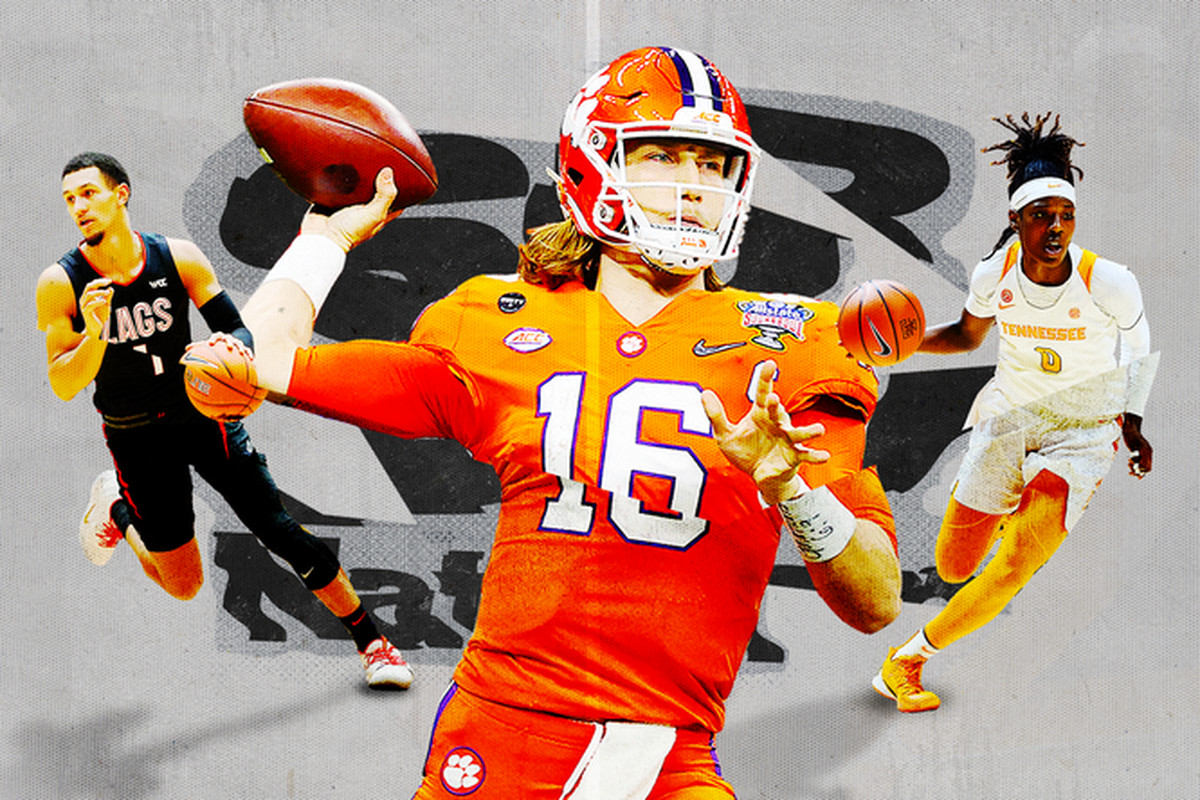 Previously, college athletes would only receive allowances and scholarships as stated in the policy, and failure to comply with the policy would lead to being suspended. Today, things have totally changed, and college athletes are cashing in lump sums, something they couldn’t do before.

Supreme Court Ruling on the NCAA Policy To Safeguard Amateurism

College athletes have always played without getting paid. This is due to the NCAA’s practice of safeguarding amateurism. According to NCAA, the athletes are not eligible for any type of compensation as they are not professionals, a notion many people didn't seem to crack. However, the Supreme court couldn’t find a realistic and logical reason behind the NCAA policy on amateurism. Having athletes play sports on an unpaid basis rather than professionally didn’t sit right with the court. The court thus ruled in favor of the athletes, giving them the freedom to make money with their NIL.

The same thing is currently happening in Europe in Australia where football and Aussie Rules young players aren’t getting paid, unless they play professionally. If the league is big enough to bet on it, there is no reason for the players to not get any money out of it. Placing a bet on Aussie Rules non-professional teams still isn’t an option just like in Europe football. Therefore, there are no enough viewers and sponsorship deals to justify paying those players. However, NCAA is a different competition with sponsorships and enough sold merchandise to compensate their players.

After the Supreme Court rule on NCAA policy, college athletes are seemingly in a mad rush to cash in. NCAA change of heart has led to many athletes bagging deals left, right center. Some athletes have made six figures, all thanks to the NCAA policy change. Additionally, athletes in the United States have secured great deals with prominent brands. This has helped student-athletes make a living and receive compensation such as gift cards and free products from brands.

Moreover, it is with no doubt that college athletes are now getting paid for autograph signings and appearances, something that was unheard of in the past. The NIL marketing taking off has done the athletes so much justice, and what seems like small compensation now will serve as a springboard to the athletes’ success in the future. Taking an example of an athlete such as Jaden Rashad, Pittsburg quarterback, who is making big moves with the NIL marketing rush. In December, the athlete inked a major sponsorship deal with one of the well-known college athletes recruiting platforms, AIR.

Similarly, players like Paige Bueckers and Saint Peter’s have maximized the NIL marketing opportunities, such as the March Madness tournament leading them to the land of milk and honey. They have managed to score brands such as Chegg and Buffalo Wild Wings. With the attention players are getting from various brands, it is now easy to gain social media following. This, as a result, will help players profit more in the future once they become veterans in the game because they will have garnered an enormous following and more brand deals.

With the opportunity for athletes to monetize their NIL, companies have taken full advantage of the situation. Each company is seeking to get athletes to work with them. A company such as Web Apps America signed up Hercy Miller, a Tennessee State University basketball player, for a brand ambassador endorsement deal worth $2 million.

In addition, Vitamin Shoppe took advantage of the NIL gold rush and partnered with OpenSponsorship, a sports marketing company aiming to recruit players across an array of sports to promote the company’s brand. As a result, the players were given free products worth $100. Simply put, most companies have grown their brand due to NIL marketing, and the athletes have gained much recognition and following.

Colleges on Taking Effective Measures to Protect Athletes From Missteps

While marketing companies and college students are buoyant about the new wave of NIL marketing, it's hard to overlook the challenges that might come with athletes capitalizing on their names, images, and likeness. When not done smartly and strategically, some athletes may end up making deals that would impinge on their profitable sponsorships.

On that note, some colleges have devised policies to protect college athletes from making missteps that would compromise their profit-making sponsorships. However, it is still a process since most brands, colleges, and players are trying to figure out what is allowed and prohibited regarding NIL marketing.

With companies signing up college athletes to promote their brands and the players enjoying the new world of monetizing their NIL, it is clear that NCAA changing the NIL policy was a good thing. Most players are making huge money and getting the rewards they couldn’t get before due to the previous NCAA policy. However, although there are risks that come with the policy change, marketers and colleges are in a quest to protect players from making mistakes.