5 Things I don't like about the 2017 ACC Football Schedule - SCACCHoops.com

5 Things I don't like about the 2017 ACC Football Schedule

The ACC has released their football schedule for 2017, and I have some gripes. Don’t worry there are some things I like, but in this piece it is the gripes. 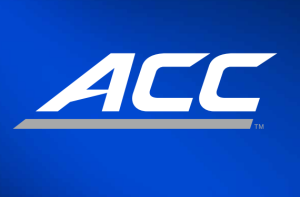 I have a big problem with this one. The ACC was the country’s top football conference in 2016, but there still aren’t all that many obvious must-see games. These are two of them, and the ACC put them on the same day which means one of the biggest ACC games of the year won’t be in primetime and one certainly won’t get ESPN gameday. Maybe the ACC was hoping the ACC would be center stage this day? Maybe, but I would prefer the chance that each game got singular coverage. Both games were in primetime last year, and this year one of them won’t be. This was a mistake that could have been avoided.

Nothing says overscheduling like a Virginia non-conference schedule. I know this was scheduled years ago, but there is nothing to be gained from playing Boise State. When you are Clemson, FSU, Pitt, Georgia Tech, Miami, or a Virginia Tech you’ve established the ability to beat quality OOC team. Virginia needs wins… period.

5 ACC teams don’t get a BYE week until the first week of November – BC, Louisville, UNC, Duke and Pitt. That’s 9 weeks of playing football without a break. I understand if somebody can’t get a BYE until November but 5 teams? That seems like an awful lot.

4. Back to back cupcakes

I’ve never been a big fan of this, as I think the cupcakes should be spread out. Louisville plays Kent State then Murray State. NC State has Marshall then Furman. Miami has Bethune-Cookman and what are they doing playing a game Arkansas State? Anyways if possible teams would benefit more if they didn’t do this.

This one got Paul Johnson to Blowup, as Georgia Tech 3 times faces a team coming off a BYE Week.  Having a week before is a competitive advantage. From the article linked…

It may be impossible to have the BYE week distribution equal from every team in the league, but no team should have more than 2 conference teams coming off BYE weeks to play. Boston College for example doesn’t play a single conference team coming off a BYE.