Winter weather and the return of Theo Pinson will be factors in UNC’s matchup against NC State on Saturday. 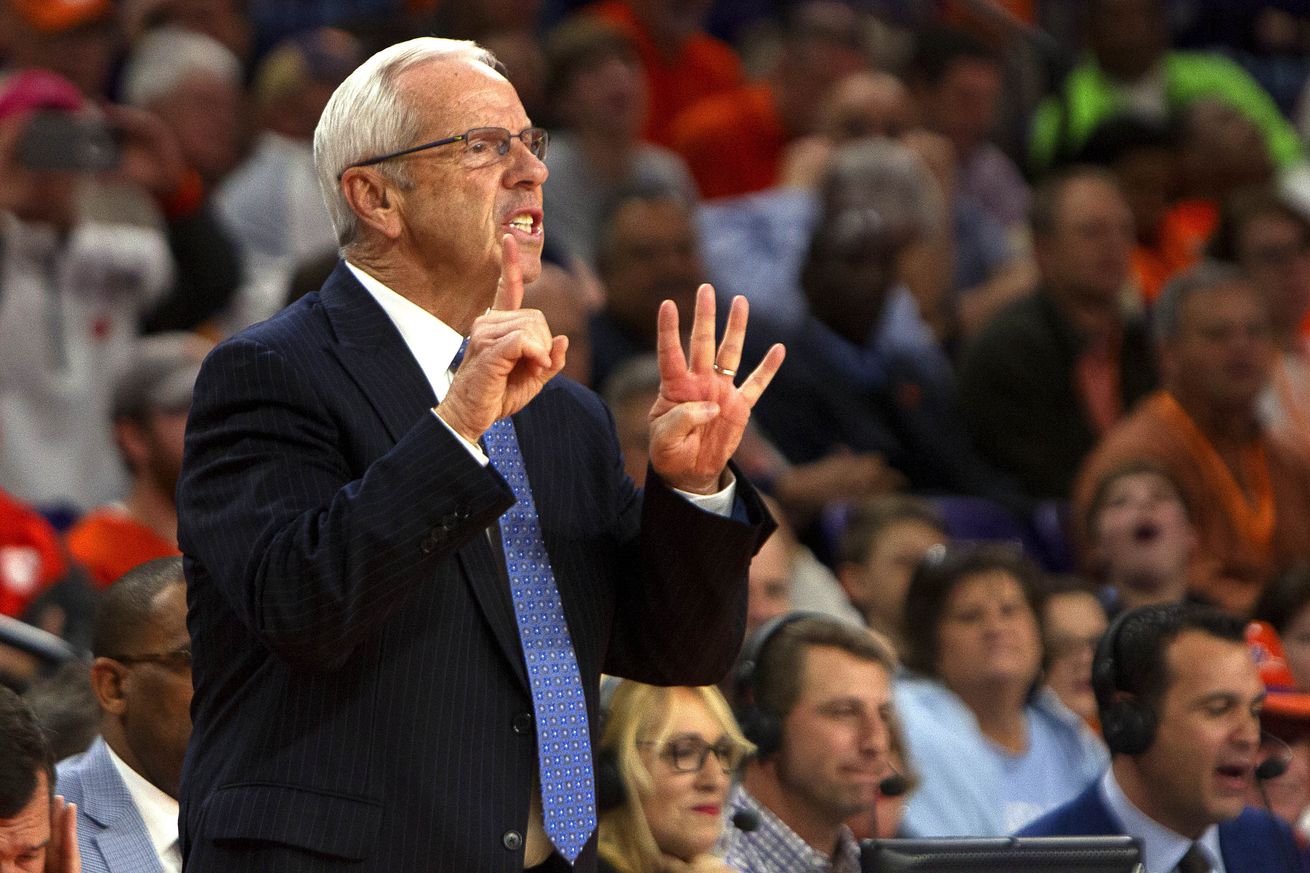 Depending on where you spent the night, you may have woken up to quite a bit of snow this morning. North Carolina is in the midst of a fairly substantial snow storm that will make travel difficult, if not impossible. Still, UNC and NC State are scheduled to play at the Dean Dome tonight at 8:00 pm. If the game isn’t postponed, here is what to look out for.

The south doesn’t do snow very well. For the sake of safety, a lot of people probably will (and SHOULD!) choose to watch this one from the comforts of their couch instead of trying to travel whatever distance to Chapel Hill. How that impacts the crowd should be something to monitor. UNC students can return to their dorms as early as today, but how many are going to do that in the middle of considerable snowfall?

If the game is played as scheduled, the Tar Heels may have to play in front of a quieter crowd. Someone out there is thinking “BUT THE DEAN DOME IS NEVER LOUD ANYWAY” and that is sometimes a valid thought, but I’d like to believe the crowd could get loud for a game against NC State when the Wolfpack are coming off a huge win.

Going a step further, will NC State, the referees, and Smith Center staff even be able to reach the game? All of that will play into whether or not the game can be played as scheduled. As of writing this it sounds like Raleigh has been primarily getting rain and sleet instead of tons of snow, but the storm still has a ways to go.

The long-awaited return of Theo Pinson has finally arrived. Pinson was expected to be a starter this season, and his presence (particularly on defense) has been sorely missed. There was never a lot of hope that Theo would be able to return before ACC play started, so his return now is pretty much exactly in line with what everyone thought when his foot injury was first announced.

Having Theo healthy again is good for so many reasons. He is a force on the perimeter as a defender and will allow Kenny Williams to slide back into a non-starting role. Williams has been fine, but that also pushes the cold-shooting Nate Britt back a slot, which is probably more important.

Pinson’s absence was probably most evident in the loss to Kentucky when Malik Monk went crazy in the scoring column. Do the Tar Heels win that game if Theo is playing? Maybe. The point is that Pinson can definitely help them win games from this point on, and that’s the most important thing.

The Tar Heels squeaked by Clemson in overtime after an embarrassing loss to Georgia Tech on New Year’s Eve. NC State is coming off an absolute drubbing of Virginia Tech, a ranked team that ran Duke out of the building. The Wolfpack are probably (justifiably) feeling good about themselves right now. Carolina, maybe a bit less so.

UNC needs to find a way to stop any carryover momentum NC State might bring to the game and fast. Carolina has played some lackluster first halves and made it necessary to play catchup after halftime. If there were ever a game to come out strong and fast, it might be this one. It will be especially true if the home crowd is kind of lacking because of the snow.

This article was originally published at http://tarheelblog.com (an SB Nation blog). If you are interested in sharing your website's content with SCACCHoops.com, Contact Us.
Categories: Clemson, Duke, Georgia Tech, NC State, UNC, Virginia, Virginia Tech