Editor's Note: This is written by a UNC blog, send all questions and especially the comments to them!

The ACC is as competitive this season than it has been in years. Who are the true ACC title contenders as the season hits the halfway point? 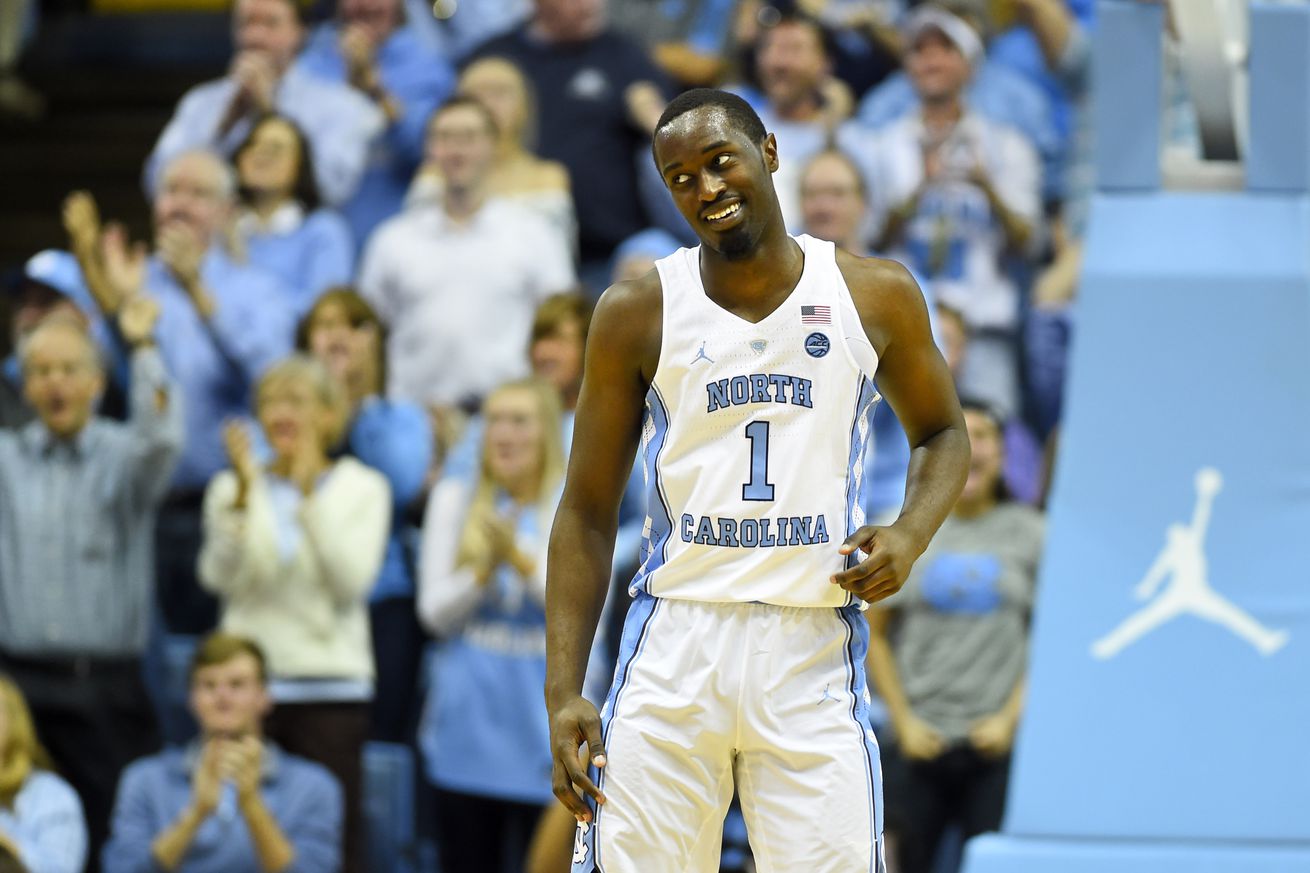 As the ACC reaches its halfway point this weekend, there has finally been some separation between the top and bottom teams. There also is a huge traffic jam in the middle of the standings. After Tuesday night, seven teams are only separated by two games. That number can still increase over the next 48 hours.

However, who are the true contenders for the ACC regular season title? With six teams in the current AP Poll, there are no shortage of viable candidates. There are also a few pretenders that are still lurking around. Sadly, there also a few teams that should start focusing on that 1st round bye in the ACCT. Let’s sort them out.

Clemson (1-6, KenPom #35): Perhaps the most disappointing team this season, the Tigers are victims of an early brutal ACC schedule. They’ve faced Notre Dame, UVA, Louisville, and UNC in this young season. Their season isn’t over, but their ACC hopes are.

Pittsburgh (1-6, KenPom #78): Unlike Clemson, the Panthers don’t have many close losses to good teams. They’ve lost by double digits to Louisville, Miami, Syracuse. Not sure how this team beat UVA, and almost beat Notre Dame. Maybe Kevin Stallings will have more success next year.

Boston College (2-5, KenPom #160): They’ve already won two conference games. That’s two more than last year. No need to get greedy. This young team will have opportunities in the future.

Duke (3-4, KenPom #17): Maybe this is premature, but without Coach K on the sideline for another two weeks, this team is in a deep hole. That does not mean they can’t be the scariest team in the tournament when March rolls around. No, I did not write that with a straight face. Without a PG and fully healthy roster, the Blue Devils will be a roller coaster the rest of the year.

Miami (2-4, KenPom #40): Jim Larranaga’s Miami teams have finished lower than 6th in the ACC just once in his previous five seasons. They missed an opportunity to gain a valuable road win in Durham, but they have the pedigree to make a run. (This weekend terrifies me).

Georgia Tech (3-4, KenPom #97): Following John Calipari wasn’t exactly easy, but Josh Pastner’s squads still generally underwhelmed while at Memphis. The opposite has been true in Atlanta, where Yellow Jackets have already had more success than most anticpated. If nothing else, the “unknown” about his team keeps them on the periphery for at least a few more games.

Syracuse (4-4, KenPom #58): Mathematically, the ‘Cuse aren’t dead, but that famed Boeheim zone hasn’t found much success this year. Most concerning? Their early ACC schedule was relatively underwhelming and that loss to Boston College is going to haunt the Orange. A short bench with few key contributors may make a long season even longer.

I Coulda Been a Contender

Virginia Tech (4-3, KenPom #51): The Hokies could easily slip to the previous section if they lose to the Heels tonight. However, with just UVA (twice) and Louisville remaining as their current remaining ranked opponents, this team has the ability to end the season on a very high note. If nothing else, Buzz’s teams will be a spoiler for a few different teams.

The Race is On

Louisville (5-3, KenPom #6): The Cardinals have lost to UVA, FSU, and Notre Dame. Those latter two were played on the road. Don’t the record fool you. With a favorable schedule in the second half of the season (UNC, rematch with UVA and ND), Rick Pitino is ready to take over the ACC.

Notre Dame (6-2, KenPom #24): My sleeper team for the season, they have not disappointed. Their top four players are upperclassmen who aren’t likely to shrink as the pressure mounts. Losses to FSU and UVA aren’t anything to be ashamed of. Neither is there 41% success rate from behind the arc. After years of near misses, Mike Brey is making a strong case to replace Coach K in Durham.

UVA (6-2, KenPom #4): If you are a computer, a basketball analyst, or UVA graduate you love the Cavaliers. If you are anyone else, Virginia basketball represents everything that is wrong in life. Meanwhile, Tony Bennett laughs at all of us. I think this UVA team lacks offensive firepower and will falter against more athletic teams (See: FSU), but for now, that’s erroneous on both counts. Winning at Louisville and Notre Dame deserves a certain level of respect.

Florida State (6-1, KenPom #13): Did you know this is Leonard Hamilton’s 15th season in Tallahassee? He has exactly four NCAA appearances while at FSU. The Seminoles haven’t been dancing in five years. This season doesn’t make any sense. Either the ‘Noles will be young and inexperienced enough to stay loose and not bow to pressure....or this team will be young and inexperienced enough to fall apart. Regardless, it will be fun to watch.

UNC (6-1, KenPom #8): Georgia Tech still boggles our mind, but this year’s team clearly does not dwell on miscues. They have balanced scoring, kill you on the offensive glass, are led by upperclassmen and are finally fully healthy. Pretty much the opposite of Duke. If Isaiah Hicks ever stops fouling people, these fellas may be the team to beat. Unfortunately, Louisville, Notre Dame, Duke (Twice), and UVA (Twice), await. Start taking your heart medicine now.