Most people expected to see Pitt lose to Virginia Tech, so the end result of Saturday’s game isn’t all that unexpected. But the way they lost? Even for a program that has managed to serve some disappointing losses over the years, that was still a little unexpected. 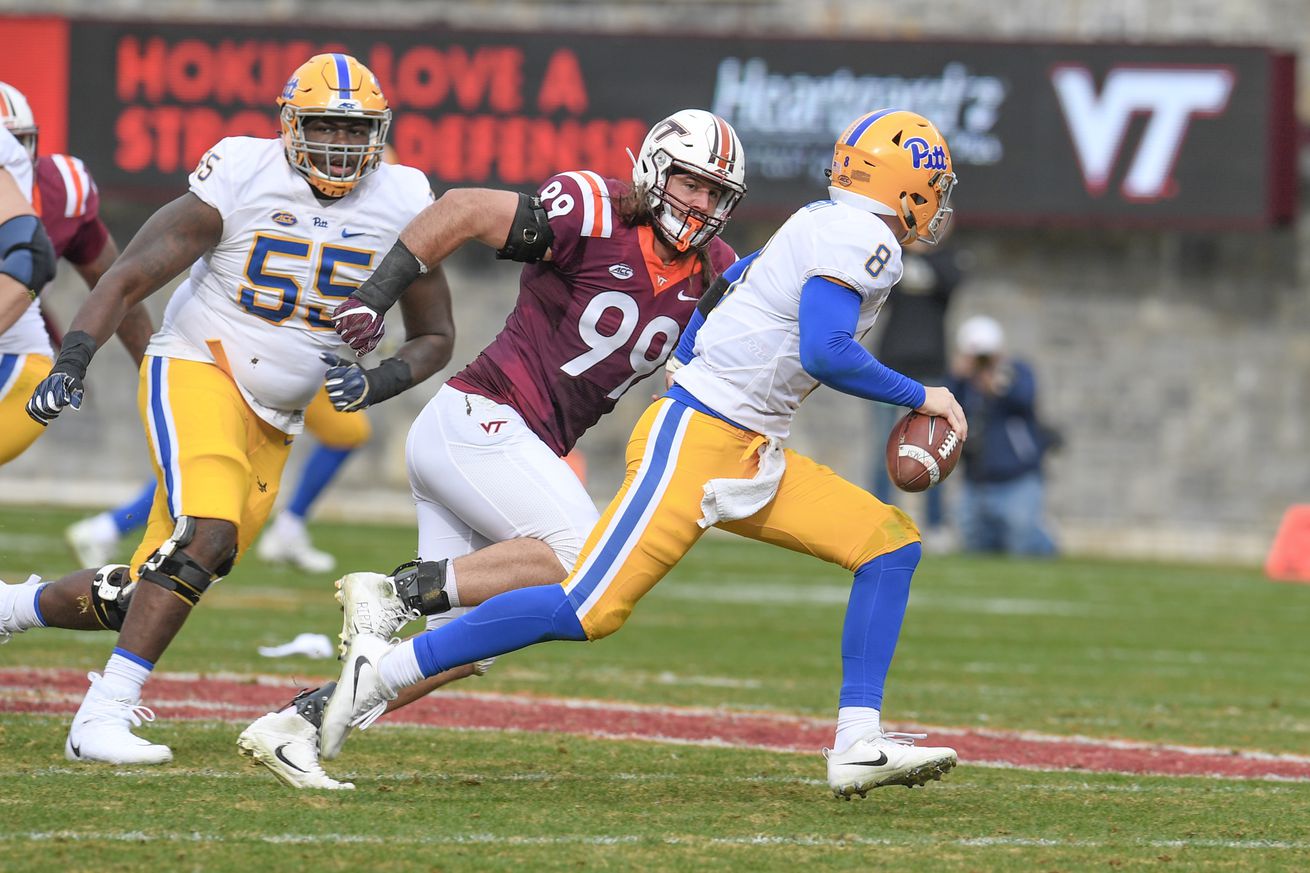 Pitt lost a hard-fought game to Virginia Tech, 20-14. The Panthers seemed headed for a loss, struggling on offense with only a little over a minute remaining and a long field ahead of them. But Jester Weah gave the team hope, ironically after just dropping a perfectly-thrown pass just before that. Weah caught a ball and proceeded to run nearly thee entire length of the field for a touchdown. Nearly, of course, is your key word.

It was initially ruled that Weah had scored a touchdown but even in real time, it looked like he was well short. That was the case and Pitt had the ball around the 1 1/2-yard line of Virginia Tech.

And, roll the footage.

Now, part of the reason Pitt had troubles at the end was because of an issue that’s plagued them before - burning timeouts early. Pitt took a time out after receiving the opening kickoff of the second half, for crying out loud. It looked some sort of communication issue but, well, there you have it. They burned another in the fourth quarter when the planned to run a play deep in their own territory before thinking better of it and punting. That was the correct decision but it shouldn’t have come to that.

Not to get too far away from this game but I think you can actually go back to the North Carolina game for a little bit of insight here. Now, Pitt had a 4th and 19 before needing to punt at the end of that game. That was the right decision, too, but Pitt never saw the ball back after that and I think that was Narduzzi’s fear here. He initially decided to go for it but then thought better of it hoping the defense would hold. It’s just unfortunate he had to come to that decision only after burning a timeout. As a result, Pitt had one timeout left and was rushed into a series of unsuccessful plays.

Narduzzi’s ultimate call was correct. The problem was, it took him too long to get to that decision.

Speaking of coaching, it was announced earlier this week by Narduzzi sort of indirectly that offensive coordinator Shawn Watson would be returning. Watson has done a decent job but, as I wrote them, he’s also had plenty of head-scratching play calls. Typically at 1st and goal from inside the 2-yard line, running Darrin Hall in there would be the correct call. But Hall had struggled all game long and that’s being far too polite, to be honest. Hall had 15 rushes for four yards.

I know the argument from the smashmouth football crowd (of which I sometimes reside, to be honest) would be that if you can’t pound the ball in from the 1-yard line, you don’t deserve to win. But at the same time, you’ve also got to be mindful of how weak the run game had been. Not only that, but also that you have no timeouts left after the last one was called.

I’m typically not a fan of pitching the ball out and still not sure I would have tried that there but maybe that works there. And guess what? I’m not the offensive coordinator. His job is to win games like that and be successful in those circumstances. It’s Watson’s job to come up with plays that are slam dunks near the goal line and that the best Pitt could do was two runs with a struggling Hall and a toss to a covered Weah is mind-boggling. You’ve got to do better than that, both on the calls and in the execution. An injury like George Aston has sort of gone overlooked this year. Games like this are why you need him in there and why his loss was a big one.

The storyline, other than the dumpster fire of a finish, was backup Kenny Pickett coming in to replace Ben DiNucci early in the game. I was fine with the decision and Pickett was pretty solid. He did throw a bad interception but was 15-23 for 242 yards and did a nice job of evading rushers.

Earlier this week I mentioned that Narduzzi has not ruled out bringing in another grad transfer at quarterback next year. That was part of the reason I was glad to see Pickett out there. Seeing what Pickett can do could go a long way towards deciding if Pitt needs to go the grad transfer route again or, bite the bullet, and hope he’s the guy next year. I’ve maintained that I don’t think DiNucci is that guy and I haven’t seen anything to make me change my mind. But Pickett at least has the arm strength to potentially be the guy next year so giving him a shot is probably the right play here. Given he was on the road against a great defense, I think he exceeded expectations.

Defensively, I thought Pitt did a pretty good job. They weren’t perfect but continue to show they are making strides. It’ll be interesting to see if that’s halted a little next when Pitt loses Avonte Maddox and likely Jordan Whitehead. Virginia Tech was held to ten points going into the 4th quarter and those guys did about as much as you could ask. In particular, Maddox and Whitehead played really well, giving up that final touchdown, notwithstanding. I don’t have the final stats yet on tackles and whatnot but Maddox had several breakups and Whitehead seemed like he was in on a ton of stops.

That’s it from me, friends. Frustrating loss but then again, it’s been a frustrating year. Sometimes you just have those and this is one for Pitt without a doubt.

This article was originally published at http://cardiachill.com (an SB Nation blog). If you are interested in sharing your website's content with SCACCHoops.com, Contact Us.
Categories: Football, Pittsburgh, Recap, Virginia Tech