Jeff Capel calls out ACC refs for bias against Pitt

Capel: "There’s a double standard with us, and I’m tired of it" 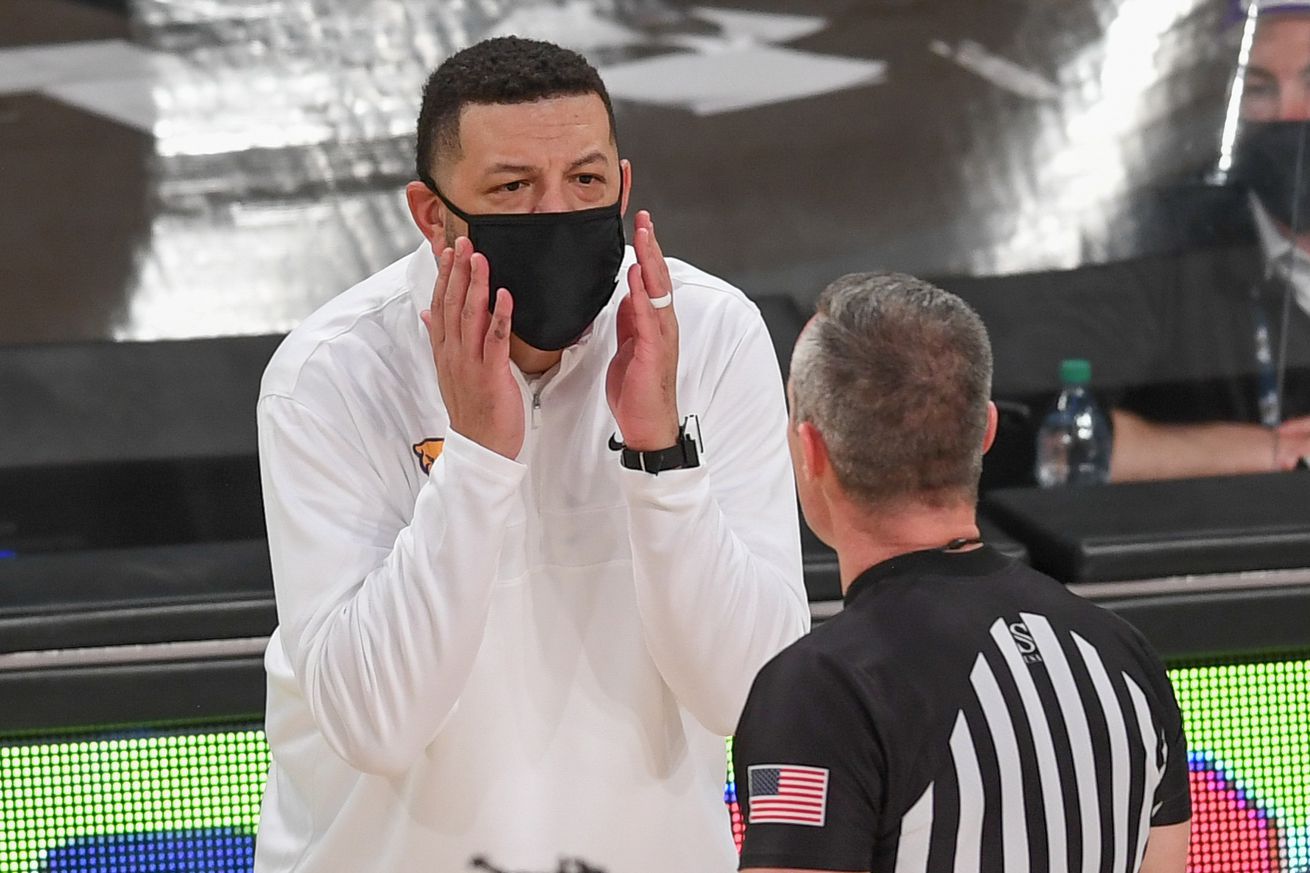 Pitt closed out its regular season on Saturday with a 77-62 loss to Clemson at Littlejohn Coliseum. The outcome was expected, as the Tigers were favored and the Panthers were light on depth, but what was unexpected was a postgame outburst from Pitt head coach Jeff Capel about bias in ACC officiating.

What set Capel off was the fact that Pitt star Justin Champagnie played through contact at the rim and did not draw a call in the game. It was the first time this season Champagnie did not get a call and the first time since Feb. 14 he took fewer than six free throws in a game.

“I don’t like the way [Champagnie is] officiated, just to be completely honest with you,” Capel said after the game. “I’ve been around this league for a really long time as a player and as a coach, and when you’re a really good player and one of the best players in the league, you usually don’t go through a game when you play 30 minutes and not shoot a free throw.”

The coach moved on from the topic of his star player’s treatment and put a finer point on his postgame comments, referencing instances of officiating inconsistencies that he believed impacted Pitt throughout this ACC season.

“This is a really emotional game,” Capel went on to say. “But other teams are able to be emotional and emote emotional things. There was a call today where they didn’t think ... they had a guy run off the court and things like that and nothing is called. But if we yell ‘and one’ — not even the guy that got fouled — there’s a technical foul in a critical part of the game. And it’s not right. It’s not right.”

Technical fouls for players yelling “and one” and celebrating important shots and dunks have been a constant thorn in Pitt’s side in recent weeks, particularly between Jan. 30 and Feb. 28, when Pitt was called for nine technical fouls to their opponents’ four. Those fouls also proved costly, as Pitt lost three of the four games in which techs were called in that span by six points or fewer. But as Capel noted, celebrations and comments to officials from opposing teams often went unpunished.

In contrast, North Carolina centers Day’Ron Sharpe and Armando Bacot were able to do pullups on the rim after dunks at the Petersen Events Center with no objections from ACC officials on Jan. 26. In addition, Georgia Tech point guard Jose Alvarado memorably ran across the court shouting at officials to review a play against Pitt on Feb. 14 and was not whistled. Then, just three days later, Capel also argued a call and was hit with a technical foul in Pitt’s matchup with NC State on Feb. 17.

“There’s a double standard with us, and I’m tired of it,” Capel added during his press conference. “I get what happens will happen. But you know, teams can talk to our bench. They can go crazy over a call, and nothing happens. But when we’ve done it, there’s technical fouls. It’s been really for two years it’s been this way, but it’s really been this year, especially over the last month and a half. And it’s really frustrating because I don’t know what to say to my team. It’s really frustrating.”

That was not all Capel had to say, though, and what followed was the crescendo of his speech. And if venting his frustrations earlier in the conference did not earn him a call from the league office, his finale most likely did.

“We have to figure out a way to continue to fight through and persevere because look, those guys have a very hard job to do. They’re good guys. I like all of them, but man it’s frustrating when you see some of the things. You guys follow us, so you see it. You see it, and I know you do. And it’s not right. It’s not right. So I know I’m wrong for what I’m saying. You can’t say anything. You can’t say anything. Again, I like all of those guys, they’re really really good guys, but this is some bulls***.”

With that, Capel brought an end to his portion of the press conference and did not take any more questions, and the expletive punctuated what had been the most open airing of grievances in the coach’s three years at Pitt.

Unfortunately for Capel, what comes next is the fallout, and for him, that may well involve a fine from the ACC. As for the team, that will involve uncertainty over how officials might respond during the ACC tournament.

With Saturday’s result, Pitt locked up the 12th seed in the tournament and will face Miami, the 13th seed, in the opening round. Pitt beat Miami 70-55 in Coral Gables, Florida, on Dec. 16. It was the only time during the ACC season that Pitt won a game despite finishing with more technical fouls than its opponent. The two teams will tip off from Greensboro, North Carolina, at 2 p.m. ET on Tuesday.